Living and decaying in the plastic age

At every stage in the lifecycle of a package, design can add complications for recycling. Finding solutions requires industry-wide collaboration 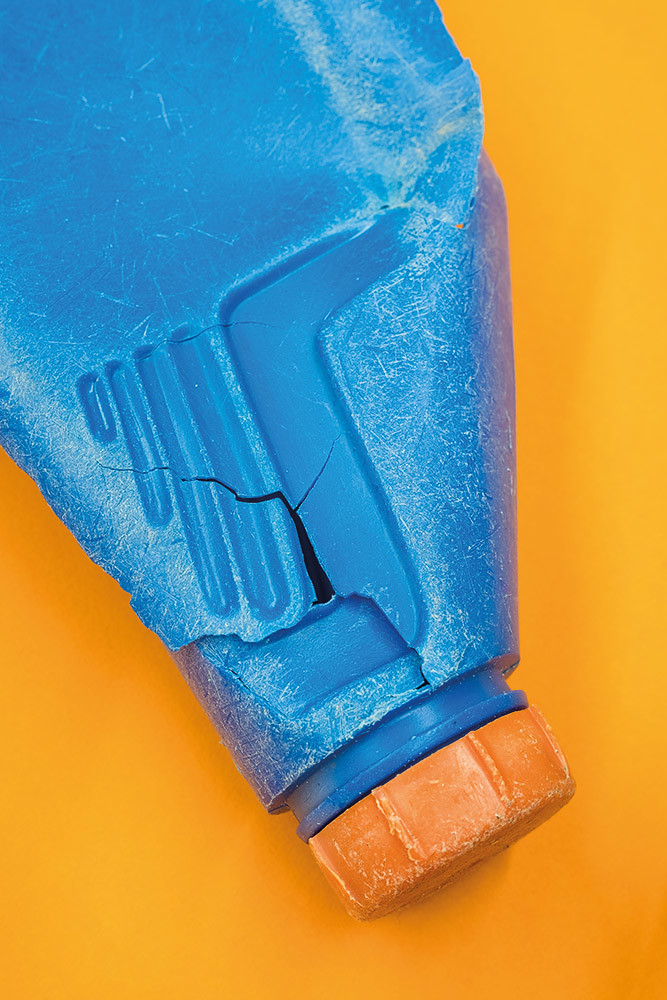 When Plastics by V. E. Yarsley and E. G. Couzens was first published, in 1941, the material was still a novelty. The authors enthusiastically discussed its ‘inexhaustible potential applications’, imagining a shiny, colourful future, far away from the ‘dust and smoke’ of war. They concluded by announcing a second industrial revolution, looking to a time when science would have ‘new powers and resources to create a more beautiful world.' The new spirit of planned scientific control would be expressed by the ‘Plastics Age’.

Yarsley and Couzens imagined the new ‘Plastic man’, who would come into an idyllic world of ‘colour and bright shining surfaces, where childish hands find nothing to break, no sharp edges, or corners to cut or graze, no crevices to harbour dirt or germs, because … he is surrounded on every side by this tough, safe, clean material.’

They were partly right. Plastic has revolutionised the way we live, becoming the workhorse of the modern economy. In 1964, 15 million tonnes of plastic goods were produced; in 2014, 311 million tonnes – and the figure is predicted to double over the next twenty years.

Plastic is everywhere, in clothes, cars, houses, planes, toys and furniture. It coats boats, laminates brochures, even turns up in shower gels. And nowhere is its abundance more evident than in packaging, which, as listed in a 2016 report by the World Economic Forum (WEF)/Ellen MacArthur Foundation (EMF). accounts for 26 per cent of the total volume of plastic used. The benefits of plastic packaging – including lighter transportation costs, reduced food waste and longer product shelf-life – are well established. But its negative effects are increasingly apparent. Water that is purchased and drunk within the hour comes in a bottle made from a material with an estimated lifespan of 450 years. Even though the UK has a well established system for collecting and recycling household plastics, we capture barely half of the 35 million plastic bottles thrown out each day, leaving 16 million to end up in landfill. The WEF / EMF report states that only 14 per cent of the world’s plastic packaging gets to a recycling plant; 40 per cent ends up in landfill, a third pollutes our most fragile ecosystems and the remainder is incinerated. By 2050, the report estimates, the plastic in the world’s oceans will outweigh all the fish.

The importance of recycling  The success of plastic is built on its status as the ultimate disposable material, so cheap that we happily use it once and throw it away. The problem is there is no away. We are only 70-odd years into its lifespan: who knows when or how it will disappear from our environment?

The simplest way of encouraging people and businesses to reduce their contribution to waste is to give them products that can be recycled easily. The polymer structures that form plastic have the potential to be recycled up to six times – a fact that would have excited Yarsley and Couzens. Using recycled materials in the manufacturing process requires a quarter of the energy needed to produce new products from scratch.

So why do so few of us recycle? Garbologists – anthropologists who study rubbish – think this is not simply household laziness: design plays a role. At every stage in the packaging lifecycle, design can add complications: shrink-wrap labels that confuse the infra-red sorters at recovery plants, mixed materials moulded together which are impossible to ‘unmake’, confusing packaging information that leads to stuff going into the wrong bins – the list goes on. Finding solutions to this requires industry-wide collaboration.

Although we have no legislative pressure in force that demands producer responsibility, there are some companies that cast their eyes further than the supermarket trolley. In 2007, Innocent Drinks was one of the first to use a 100 per cent recycled plastic (rPET) bottle. Though the quality then was not good enough, they have now committed to using at least 30 per cent rPET in their bottles.

There are so many factors to consider when designing single-use bottles for manufacture. For years, designers have been briefed to reduce the weight. Although this has big benefits for carbon efficiency, it also has side-effects further down the line. The expensive, heavily legislated, investment-intensive waste-management industry cannot keep up with the fast moving, constantly innovating, test-it-quickly packaging sector: a lighter bottle could mean contamination in the automatic bottle sorters, or – once the plastic has been ground down – a mix-up in the plastic flake identifiers. Contamination means poorer quality recycled material.

We need to look beyond the shiny future imagined by Yarsley and Couzens, in which disposability is assumed, and redefine this amazing material. Plastic packaging needs to be treated as a valuable resource. Changing the way we design is fundamental to this process.

Top: Plastic bottle found on a Devon beach. Photograph by Peter Clarkson, Thomas Matthews, 2017. Sophie Thomas writes: ‘The bottle, which probably contained motor oil or an industrial cleaner, is made of coloured HDPE (High Density Polyethylene). Judging by the design, deterioration and brittleness of the plastic, this container has probably been in the waste and in the sea for at least twenty years.’ The estimated lifespan of HDPE is 450 years.