Tina Roth Eisenberg never had a business plan. But all the things she dreams up – the Swissmiss blog, ‘creative mornings’, stick-on tattoos – pay off. By Steven Heller 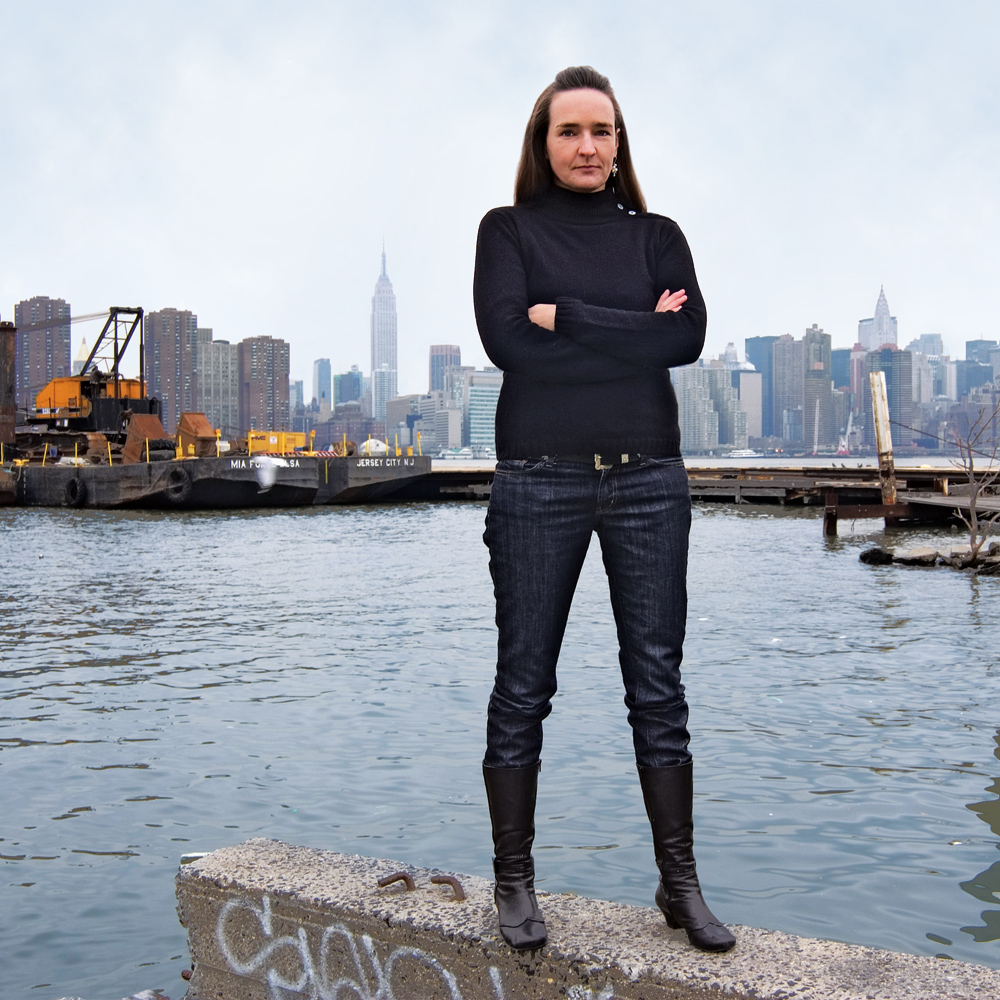 Tina Roth Eisenberg, aka Swissmiss, a design impresario by any other name, has over the past few years emerged as a model design entrepreneur. A New York transplant from the Alps, she originally set up her hugely popular blog (swiss-miss.com) as a personal visual archive, covering all manner of design objects, graphics, products and film (though very little about Swiss type).

Though it was never intended to be a business, a turning point came when, a few months into it, a friend asked to see her stats.

‘I didn’t even know there was such a thing,’ she admits. ‘Once I realised I had people tuning in, it dawned on me that I might be on to something. When Jim Coudal of The Deck network knocked on my door in 2006 and asked if I wanted to join their group, I started taking blogging more seriously.’

Becoming a member of Coudal’s innovative online design advertising network (decknetwork.net) allowed her to tap into ‘an essential part of my multifaceted business model’, which, she says, made it possible to justify spending more time on site development.

However, for Eisenberg the entrepreneurial bug bit much earlier. She ‘published’ her first magazine at the age of eight. (‘Does that make me a design entrepreneur?’)

She also knew early on that being a graphic designer was in her future. ‘And because of my parents being entrepreneurs,’ she adds, ‘I realised I eventually wanted to run my own business.’ She opened her own design studio at the age of 32. ‘And looking back, I wish that I had started earlier.’

The blog, which she began in 2005, was always a supplementary reference, and integral to her daily routine as a designer. A year later she opened her own design studio (also called Swissmiss) in Brooklyn, New York. Then in 2008 she began a small empire. First there was CreativeMornings (a series of free early morning talks for local creative types, reminding them ‘we are all part of a global ecosystem’). TeuxDeux, a ‘simple, designy, browser-based “to-do” app’, followed in 2009. And in 2011 she launched Tattly, a range of ‘designy’ temporary tattoos, which are selling briskly.

‘It has been a very organic growth and there was no set strategy behind it all,’ she says. ‘I am a believer in doing what feels right in the moment. I like to start things, not with the sole purpose to make money but because they seem like fun or might be useful to me and others.’

Having a business plan is overrated, she says. ‘I have started numerous projects out of the love of doing it and the business model (or money) came on its own. I consider myself the queen of accidental business.’

Her blog was never intended to make money but now is a big part of her income.

She and studio-mate Cameron Kozcon (of Fictive Kin) launched their ‘to do’ Web app TeuxDeux in 2009, free for the world to use. TeuxDeux became so successful they built an advanced iPhone app that now generates income.

Then there is Tattly, which started as a joke, for which she now has a team of three full time workers.

The business model for CreativeMornings is built on the generosity of volunteers, who donate their time and skills to organise the events, with sponsors covering the breakfast cost. ‘One could say there’s not much of a business model, but rather an innocent ecosystem built on idealism and a belief that we are all contributing to our creative community,’ she says.

CreativeMornings has grown horizontally over the past two years, with eighteen chapters worldwide, from Aarhus to Zurich, via Singapore, London and Milan, with Geneva and Sydney in the pipeline. ‘We help the chapters get started, give them all the necessary tools to get off the ground and advise if necessary,’ she says, adding that apart from her making sure they extend the brand ‘in our best intentions’ they are pretty much run independently.

Nonetheless she shies away from evoking the ‘e’ word. ‘If you want to call me a design entrepreneur, that’s fine by me. I just look at myself as someone who believes in the idea that we are here to shape the world, to put our stamp on it and make it a bit better.’

Eisenberg has been on sabbatical from clients for two years and resists the urge to start anything new any time soon. ‘But then again, I might want to “fix” something tomorrow and end up being so excited about it that I will find time out of my busy schedule. That’s how I work.’

Eye is the world’s most beautiful and collectable graphic design journal, published quarterly for professional designers, students and anyone interested in critical, informed writing about graphic design and visual culture. It is available from all good design bookshops and online at the Eye shop, where you can buy subscriptions and single issues. You can also browse a visual sampler of the recent issue at Eye before You Buy.