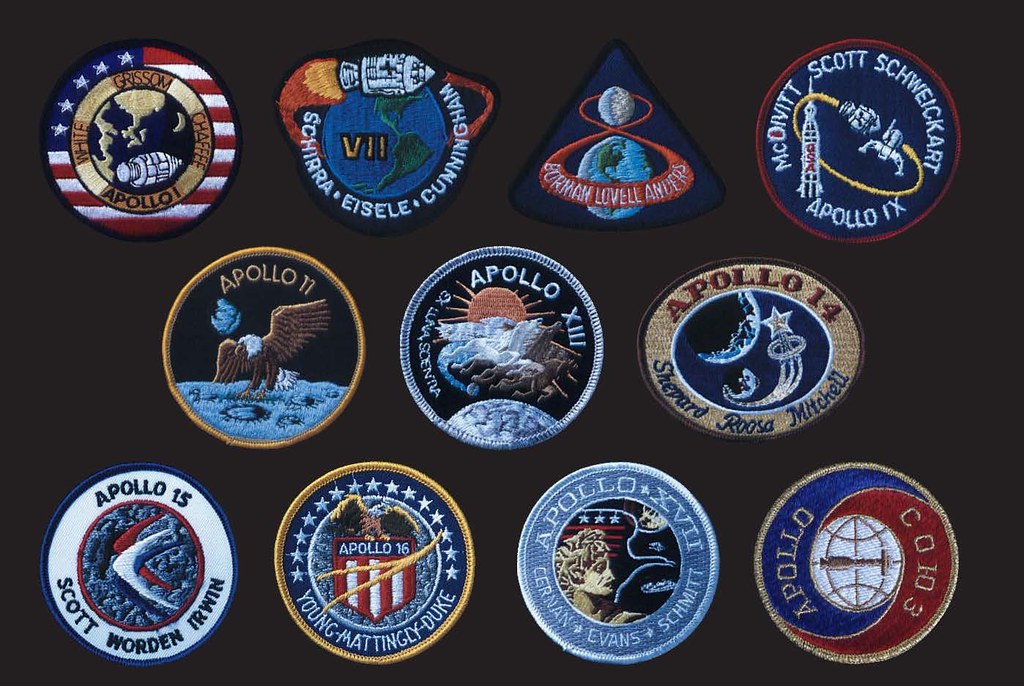 Until Ron Howard made a movie about the flight, Apollo 13 was a largely forgotten mission. Today it is moderately famous, but for a self-confessed space geek it has always been memorable. Not only was it a disaster with a happy ending, but it was the flight when I discovered mission patches. With its three galloping horses pulling the sun chariot of Apollo, the drama and visual artistry of Lumen Winter’s design immediately hooked me on collecting patches. After all these years, Apollo 13’s patch is still my favourite, never equalled in the multitude of designs that followed.

My collection tends to concentrate on the early, pioneering days of spaceflight: Gemini, Apollo, Skylab. Amid the 100-plus patches designed for Shuttle flights, there are really only a handful with truly inspired design. The design for the first flight to repair the ailing Hubble Space Telescope is largely abstract, suggesting optics and light rays rather than depicting the telescope literally. But most are based on depictions of hardware, with a liberal dose of Stars and Stripes for those patriotic quasi-military astronauts. There is little drama that can be eked out of a design that features space hardware. Frank Kelly Freas probably came closest with his lovely sunburst design for the 1973 Skylab 1 mission (one of the few patches that is far more beautiful in its embroidered form than in the original design).

Sewn NASA patches from the collection of Nigel Proktor. The main pilots of each space mission initiated the design of the motifs.