Design discourse is slowly learning to appreciate the essence of the everyday, writes Alice Twemlow 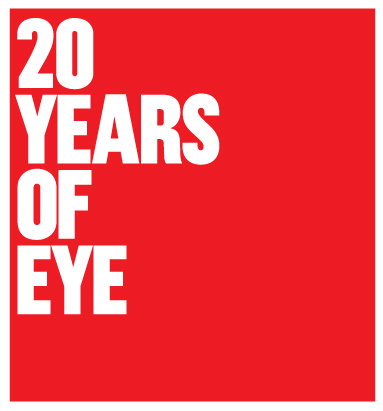 In 1994 I was a history of design student at the Victoria and Albert Museum (V&A). Through studying history and connoisseurship I began to realise that I wanted to focus on the contemporary and the everyday. My research on the design of club and rave flyers was unusual in that context – willful even. At the V&A it was more customary to write about eighteenth-century chairs, gas lighting or corsets.

So reading Keith Robertson’s article ‘Spot the difference’ (Eye 15), with its cool, non-judgmental analysis of supermarket tabloids, struck a chord. When Robertson wrote: ‘[mass-market graphic design’s] conventions are instantly understood by its readers, yet, like the black sheep of the typography family, it is a phenomenon that most design discussion ignores’, he flagged a compelling conundrum: the design that is part of most people’s lives is constitutionally incompatible with the design that designers and design writers talk about. Never mind ‘black sheep’; mass-market design might as well be from another planet.

Another essay that became a touchstone was Nicholson Baker’s ‘Clip Art’ (The New Yorker, 7 November 1994), which describes in intricate detail the design, production, evolution, marketing, use and social implications of the chrome-plated nail clipper. Written as a riposte to Stephen King’s dismissal of one of Baker’s books as ‘a meaningless little fingernail paring’, ‘Clip Art’ invoked a stream of literary references to fingernail parings, from Norse myth to Joyce and Nabokov. For these writers, as for Baker, the humdrum, overlooked fragments and marginalia of everyday life are a source of meaning.

Over the past twenty years, design of the everyday has been gradually ‘legitimised’ as subject matter both in publishing and museums. MoMA’s 2004 ‘Humble Masterpieces’ show refocused attention toward the quiet brilliance of the Post-it note, the paperclip and the Bic pen; the Walker Art Center’s 2003 exhibition ‘Strangely Familiar: Design and Everyday Life’ examined design’s relationship to the ordinary; and club flyers are now a part of the V&A’s collecting plan.

My own interest in the material culture of the quotidian has continued: I’ve written about the New York Greek deli coffee cup, street stencilling, walk / don’t walk sign interventions, Amazon product reviews and the IKEA cafeteria.

You would have thought that blogs would have afforded more analysis and interpretation of regular and mass-market design; that the scratchcards, key rings, greetings cards and Angry Birds Rios of our lives would have been contemplated and their implications discussed. And yet, all the blogs seem to do is to document and catalogue images of these things. Lists (see Eye 47) and collections rarely convey meaning, and they do not contribute to design discourse.

News, reviews, profiles and captioned images have survived the migration to blogs and are flourishing. However we still need well written, well edited feature articles that probe a subject and extract its significance, using art direction, editorial pacing and multiple images that allow a story to develop over several ‘pages’. That’s a challenge for the next twenty years.

Alice Twemlow is chair of Design Criticism at the School of Visual Arts, New York