‘That was the buzz one got about publishing. What do people want? Where are the gaps in the market? You wanted it to push boundaries … give people information that they never possessed before.’ 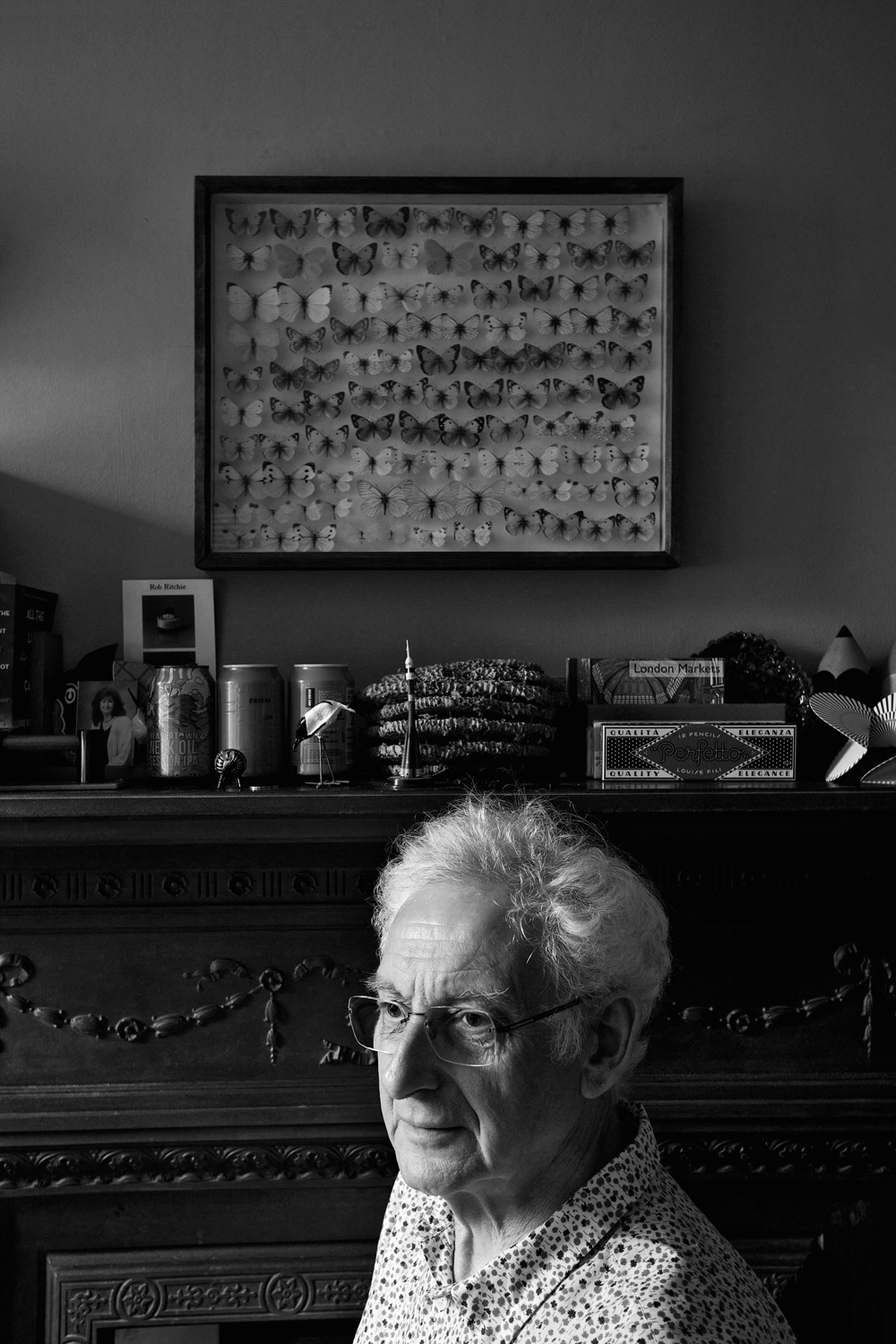 The profession listed in David Driver’s passport is journalist, not designer. This choice says something about his particular skill set as an art director whose portfolio has included Harper’s Bazaar, Welcome Aboard, The Times and (most famously) Radio Times. Driver’s editorial design has always been based on a deep understanding of the written word. When he makes a magazine, the whole is greater than the sum of its parts.

Radio Times after its reinvention under editor Geoffrey Cannon and art director David Driver.
30 April-6 May 1977. Before Driver and Cannon’s redesign, a programme such as David Frost’s interview with disgraced former US president Richard Nixon would have used a press release picture taken during the filming. Driver preferred to commission portraits or illustrations – in this case a model made by Roger Law and Peter Fluck (who, as Luck and Flaw, would later create the satirical TV programme Spitting Image).
Top: Portrait by Philip Sayer. 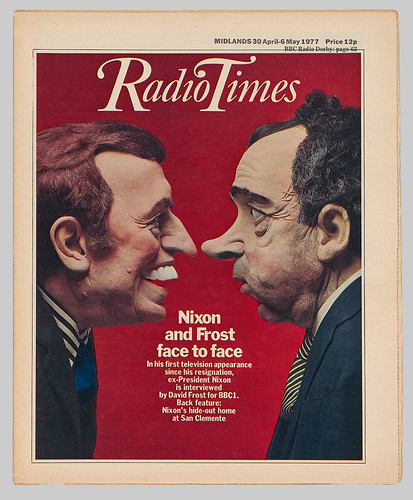 Martin Colyer: Were your parents artistic?

David Driver: No. My father was a very skilful engineer who worked on planes during the Second World War. He also drew and made things, and after the war he retrained and became chief accountant at the Cambridge-based Pye TV and radio company. He was very creative. He’d make something like a new door, all with pegs, no screws or nails. It was fantastic to watch him work. I learnt a great deal from observing him.

‘Towers of Power’ feature in The Times, 11 October 1985. The illustration is by John Grimwade, who says: ‘Driver’s layouts were artwork in themselves. It is probably hard for today’s InDesign users to get their heads around this kind of old-school craftsmanship. Everything on the page was carefully coordinated to present the graphic in the best possible way.’ 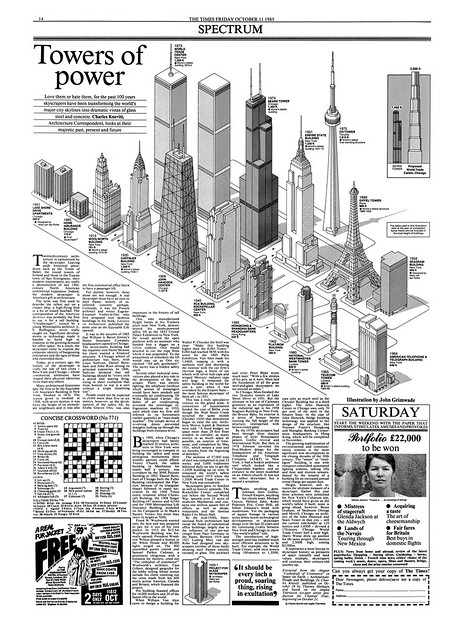