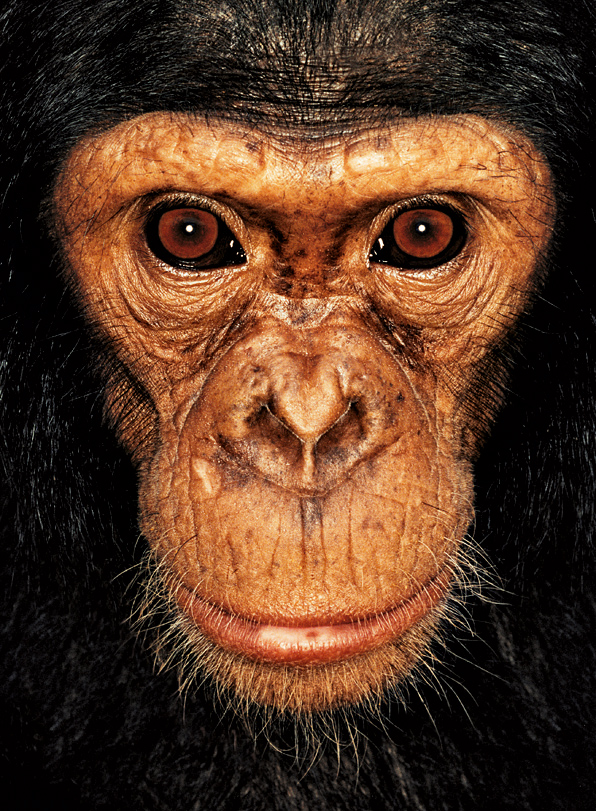 Seeing all of James Mollison’s photography books spread out on a table, you would be forgiven for not immediately recognising them as the brainchildren of one man. The subject matter is diverse – close-up portraits of great apes; an image-based biography of a Colombian drug lord; line-ups of extravagantly attired music fans; children and their sleeping places – and so extensively researched it is hard to imagine anyone would have time to travel to all the places featured, much less keep up with a successful editorial and commercial photographic career as well, as Mollison has.

But common threads quickly emerge: themes of identity and equality weave the work into a socially engaging narrative. Patterns appear in each series of images, and you are invited to interpret the stories that are created. ‘I quite often use the typological way of taking pictures, and I think what it means is that I can make a selection, but then can leave the viewer to make some of their own decisions … but of course I’ve helped form that in terms of who I’ve chosen to photograph.’

Born in Kenya and raised in England, Mollison took a year out to go travelling in Zimbabwe, Namibia and Kenya before returning to study art and design at Oxford Brookes University and documentary photography at Newport School of Art and Design in Wales. After graduating he quickly realised he was not going to find enough funding to explore in any kind of depth the subjects he cared about most.

In 1998 he moved to Italy to join Fabrica, the creative research centre funded by the Benetton Group, and soon after took on the photography for Benetton’s ad campaigns, as well as becoming a regular contributor to Benetton’s Colors magazine. His work has since been featured in The New York Times Magazine, The Paris Review, The New Yorker and Le Monde. However, the commissioned and commercial work has always been ‘to pay the bills’; his book projects are where his heart is.

The inspiration for James & Other Apes (2004) came from a TV programme on primates: ‘Looking at them and thinking: “Ah, their faces have this kind of similar structure to our own.”’ It got him musing about how we perceive animals in a generic way (‘a bit like a banana or something – you don’t think of them having different personalities’), and he began to plan how to photograph apes to bring out their individuality.

In the end he settled on the passport photo format: ‘It’s the picture that identifies you, and it’s taken in this quite rigorous way – straight on, looking forward, and without expression.’ Without the distraction of backgrounds or contexts, and with the aesthetic controlled by the use of the typical flash-photography associated with a passport photo, the engaging and varied personal expressions of the great apes took centre stage.

His next book, The Memory of Pablo Escobar (2007), was entirely different: it features none of his own photography and started almost entirely by chance. Invited to a wedding in Colombia, he booked nearly a month for the trip. To justify going for that long, he came up with the idea of documenting the elaborate houses built with drugs money – he was going to call it ‘Narcotecture’ – but found they were visually not that interesting.

However, at the former home of Medellín cartel boss Pablo Escobar (now a government building), a security officer offered to show him ‘a bag’ of Escobar photographs. The dichotomy between the myth of ‘the richest, most violent gangster in history’ and the life captured in those photographs grabbed Mollison’s interest. ‘It was more squalid, and more pathetic than I’d imagined,’ he says. He started collecting imagery surrounding the drug lord: family photographs, police files, even artists’ depictions of the dead drug lord.

‘It is just unbelievable what happened in that era; it’s all kind of far-fetched,’ he says. ‘Like Scarface, but it’s a story that really happened.’

Spread from Where Children Sleep by James Millison (Chris Boot, 2010). Lamine, from a village in Senegal, shares a bedroom with several other boys in a single-sex Koranic school, where they are taught farming and recite holy texts. 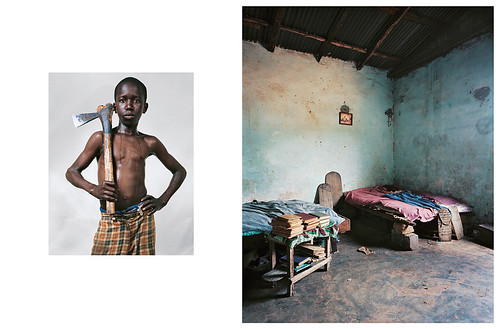 Where Children Sleep (Chris Boot, 2010), Mollison’s most recent book, was initiated by Unicef, which wanted something on children’s rights for its 60th anniversary. He thought of the typical charity images of children with pleading eyes, which work on a ‘very emotive level’ but tell little of the children’s stories. ‘If you’d taken a photograph of me when I was little, how would you have known a bit more about me?’ he says. ‘And I thought, my bedroom space was the area in the house that I was allowed to make my own.’

He also felt that the exotic landscapes behind the typical charity children give a ‘sense of them inhabiting this other world from our experience in the west, and that’s why for me it was important to have richer children – as well as children from the developing world – in it, so there wasn’t this sense of just them’.

When Unicef rejected the idea of including privileged children, Mollison decided to develop it into his own book project. Save the Children and Fabrica helped by subsidising some of his trips – including shoots in Nepal, Palestine and Israel.

The book’s layout is influenced by Mollison’s typological photographic style: a controlled-lighting portrait of a child on a white background on the left-hand page, with a short text below; and the child’s bedroom (or the place where he or she sleeps – so many don’t have proper homes) on the right-hand page.

This separation between child and sleeping space is also conceptual. The Declaration of Human Rights says we are all ‘born free and equal’, but Mollison thought: ‘That’s a noble statement, but how incredibly untrue it is! So the idea was that on the plain background you would be treating the kids equally, and then their bedrooms would talk about their situation.’

Since then, Mollison has been working on another project – about school playgrounds. He has shot in England, the us, Japan, Bolivia and hutan, in a landscape format, focusing on the dynamic between the children who play there. He has a publisher in mind but says he has just reached the stage where he feels he has enough material to start planning the book design.

Libyan rebels in their improvised fighting vehicles from ‘Revolutionary Trucks’ by James Mollison, Colors no. 81, Summer 2011. 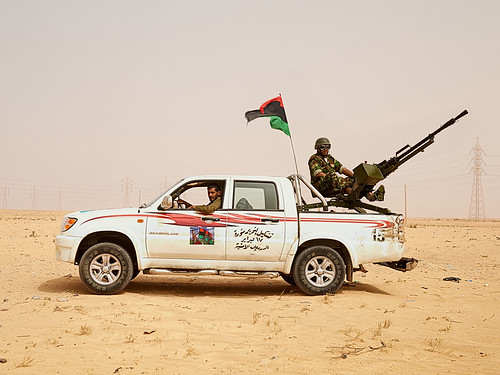 Mollison has also been working as a creative consultant for Colors. In issue 81 (‘Transport: a survival guide’), he contributed a photo story, ‘Revolutionary Trucks’, about Libyan rebels who modified their pick-up trucks using weapons abandoned by Gaddafi’s national army in the early days of the revolution.

The following issue was on ‘Shit’ – ‘which was a challenge to photograph’, he says, laughing. ‘It’s more about sanitation, really, and the fact that two thirds of the world have no access to a toilet, and how it’s one of the biggest killers – in terms of killing more children compared to Aids and malaria all put together – but it’s just not something that’s talked about.’

Mollison says he will continue shooting assignments for Colors, as well as ‘portraits here and there, and schools when I can find them’. He recently visited Bhutan for a story on the country’s GNH (‘gross national happiness’) index, ‘Happiness’ being the theme of Colors 83. ‘Today I feel very lucky that I am doing shoots I really enjoy.’