Alex Bec and Will Hudson, of It’s Nice That, unveil their agency INT Works, grown directly from their roles as editors and curators. 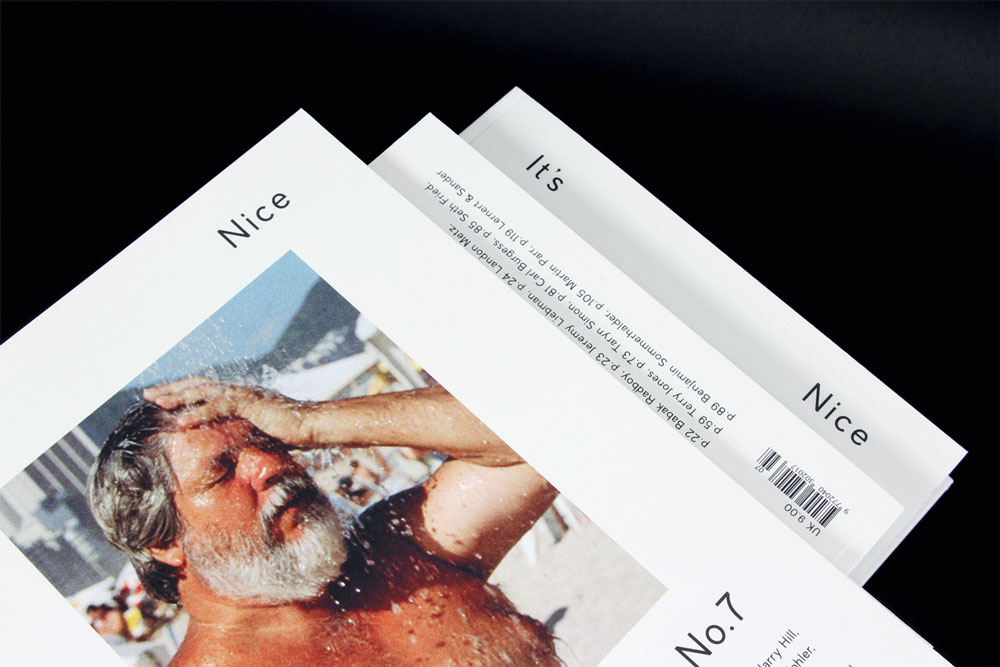 There must be more ‘creatives’ per square metre in Shoreditch than anywhere else in London, and it is here, in a quiet side street, that two twenty-somethings are changing the whole notion of what a 21st-century design consultancy might be. 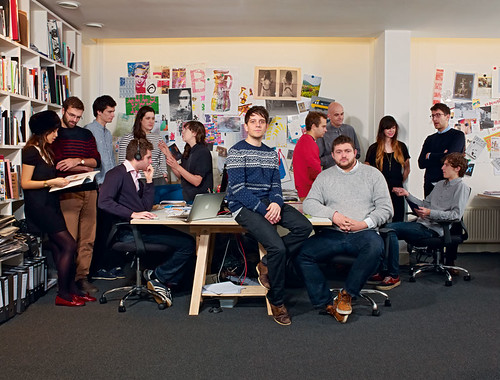 It’s Nice That, the website / blog devised by Will Hudson and Alex Bec while they were students, has evolved into a rapidly growing practice they call INT Works* [now known as Anyways, anyways.co], working with a wide range of clients and collaborators

Hudson and Bec met while studying graphics at Brighton. Encouraged by their tutors to fund their own year-end shows, they set about curating a boxed set of postcards for sale. They developed the idea into a range of projects (under the umbrella name of ‘If You Could’), including books, print series and exhibitions that features others’ work rather than their own, an approach that honed their curating skills and set the pattern for their working relationship. Among the illustrators and designers they worked with were Anthony Burrill, David Shrigley, Margaret Calvert, George Hardie and Rob Ryan.

In his final year at Brighton, Hudson started It’s Nice That (itsnicethat.com), an eclectic mix of images, objects, people and thoughts. After leaving college, and in their first jobs, the pair developed their ideas together at evenings and weekends. While Bec was freelancing at an illustration agency, one of his clients asked how much it would cost to advertise on the blog. A bell rang in Bec’s head. Shortly after, in 2009, he and Hudson jacked in their jobs to go into partnership, amalgamating their freelance clientele and building up the blog.

The online publication is highly successful: it receives about 150,000 visitors a month, and its editorial staff has slowly increased. Out of the blog came the print magazine version of It’s Nice That. Initially published twice yearly, with a print-run of 1000, it is now more frequent. No. 7, published late last year, has had a makeover to differentiate it more clearly from the blog – new masthead, larger format – and a print run of 5000.

Another strand of activity is a series of events, which began as intimate talks – audiences of around 35 – at the Sense Loft in Soho, featuring speakers such as the architect Wes Rozen and Finnish artist Riitta Ikonen. According to Bec, the talks were either, ‘spectacular successes or damp squibs … but that’s what made them exciting.’ They moved their last one-day event, ‘In Progress 2011’, to the Barbican to cope with increasing demand – 240 attendees at £185 a pop.

Behind the curtain of It’s Nice That, Hudson and Bec have been building a clientele for their design practice. In October 2011 they decided to give their own design activities their own identity: hence INT Works (originally titled New Studio London). The combined personnel has grown from three in 2009 to the thirteen shown in Suki Dhanda’s picture, above.

The HudsonBec Group encompasses all their activities. I was struck by the professionalism with which the two directors have organised their business: HR, legal, employment and financial advice are all on tap from a retained external team, freeing the designers to concentrate on the work.

Years of curating the blog have given them an array of creative collaborators and surprising avenues, far outside the norms of a traditional design consultancy. They are less interested in putting a personal stamp on their work than in ‘what is right for the project’, says Hudson. ‘Ego shouldn’t come into it,’ Bec chips in. ‘Our main excitement is being called in to see a client. We then set about interrogating the purpose of the brief, and more often than not we will turn it on its head.’ According to Hudson, ‘The creative thinking is every bit as important as the execution.’

Map of Belfast from the VIP guidebook for the MTV EMA 2011 in Belfast. Art direction, editorial and design by INT Works (then credited ‘New Studio London’). Map artwork: Always With Honour. 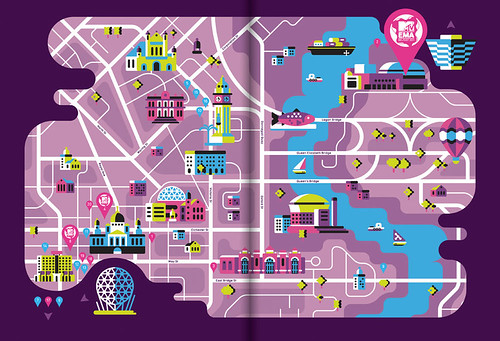 The portfolio of INT Works ranges from a set of book covers, through animations, to installations – ‘whatever is right for the job’. A direction having been agreed they set about bringing in the right collabor­ators: ‘There are always people better than us,’ Bec says. This modesty informs their attitude to awards, such as D&AD, too: ‘The idea of work being the “best”, when only part of the industry enters, or can afford to, doesn’t make sense. There are many other ways of celebrating work now.

Designers have often gone out of their way to impose a personal identity on their work. But from their original roles as editors and curators with It’s Nice That, Hudson and Bec have developed an approach with clients that verges on the ego-less. In an ego-driven industry, that’s refreshing – even noble.