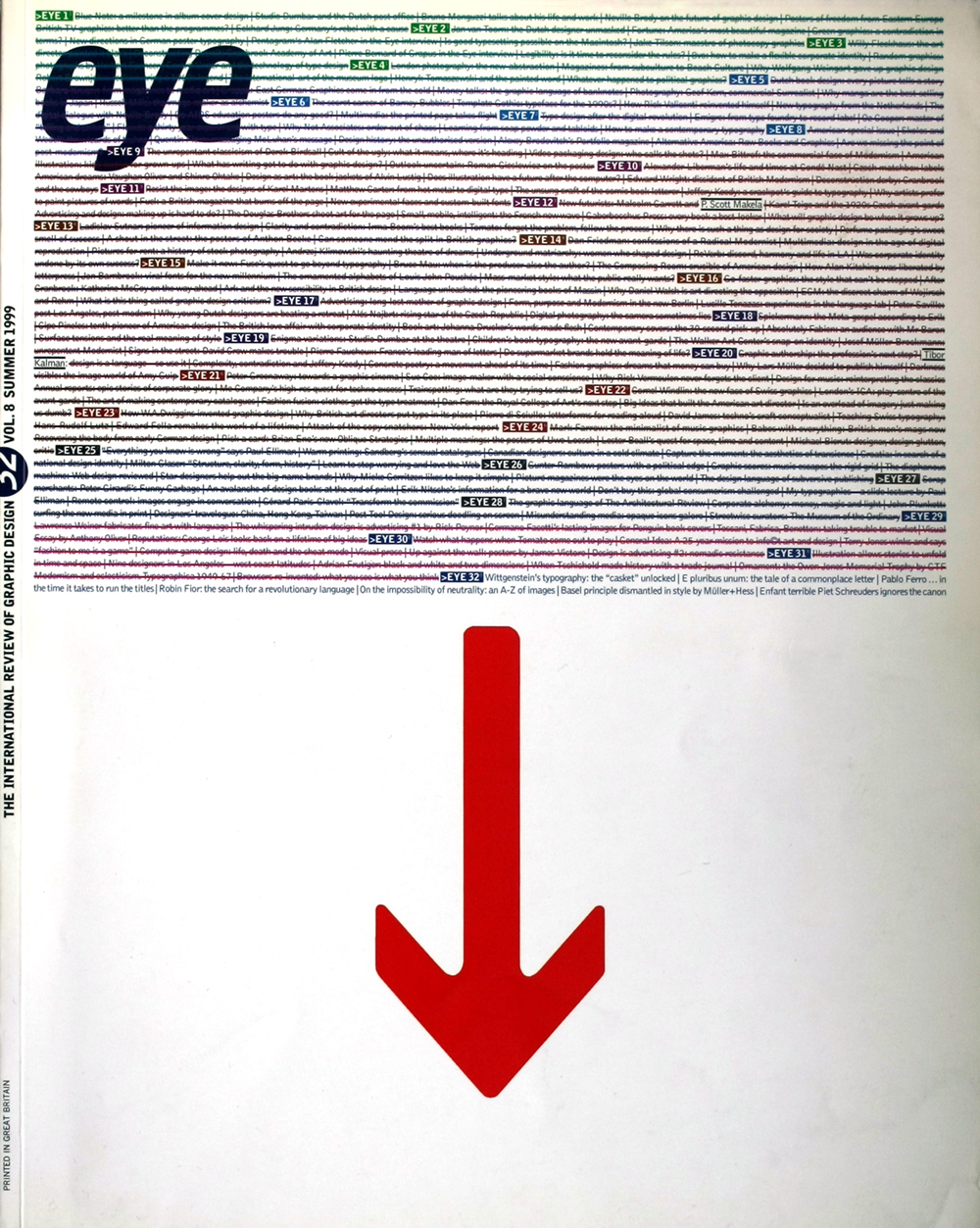 Style is content
Editorial, Max Bruinsma
Is there any use in overturning the existing hierarchies between verbal and visual form?
Tibor Kalman and P. Scott Makela
Obituaries, Rick Poynor
Tibor KalmanP. Scott Makela
Words fail us
Graphic design, Agenda, Ian Noble, Russell Bestley
Serious discussions of the relationships between message, audience and graphic design are still handicapped by a limited lexicon. Yet our need for an enriched language is greater than ever.

Reputations: Piet Schreuders
Max Bruinsma, Chris Vermaas
‘I don’t want to know the canon, because it is completely irrelevant and transient. If you fight the canon you become a product of its system’
Mr Roughcut
Steven Heller
or: how graphic designer Pablo Ferro learned to split the screen, cut the crap and tell the story (in the time it took to run the titles)
E pluribus unum
Paul Elliman
An inquiry into myriad associations originating from this most abundantly occurring symbol in our writing: that fifth sign of our Roman ABC.
The designer as architect
Rick Poynor
When Donald Wall made this book about Italian architect Paolo Soleri, he uncannily projected a vision of 1990s typography in its most radical form. By Rick Poynor
Dismantling the Basel principle
Emily King
The freewheeling global agenda of Müller+Hess both destroys and revives the typographic traditions of their home town.
The impossibility of neutrality
Muller+Hess
Seclusion is not an option in a global culture where information, money and images move mountains and ignore boundaries.
From notebook to hyperbook
Yvonne Schwemer-Scheddin
In the Wiener Ausgabe, Michael Nedo translated Wittgenstein’s wide-ranging and intertwined philosophical remarks into typographic form
Public works
Ursula Held
For the renovations at the Centre Pompidou in Paris, Pierre Bernard devised a temporary system of signs and type to be hoisted high and crossed out.
Revolutionary language
Richard Hollis
“A revolutionary graphic language must seek to expose the meaning by presenting a chain of ideas, images, structures in as much of their complexity as is economically feasible.” Robin Fior in The Designer, journal of the society of industrial artists and designers, London, May 1972.