Posters for the people 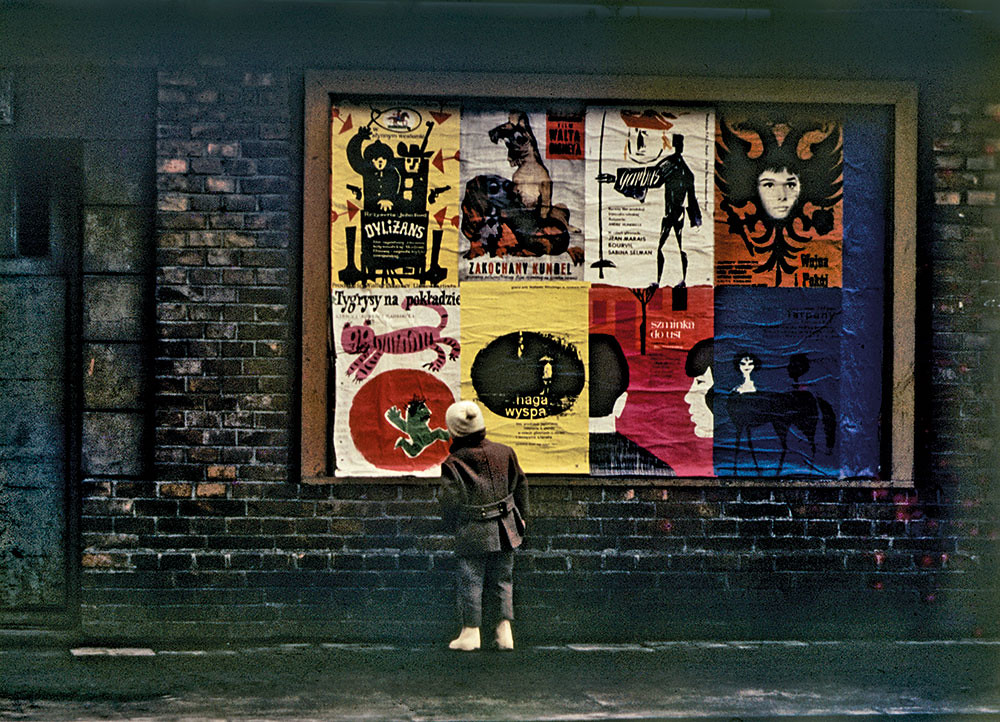 Polnische Plakatkunst by Józef Mroszczak, a Polish poster designer, was published in Germany in 1962 at a time when Polish poster art was not only flourishing but arguably leading the world. Still easy to find, the book is a revelation, offering a much better visual survey of the movement than later volumes such as Plakat Polski /The Polish Poster (1979) or Das Polnische Plakat (1980), despite its sparing use of colour. The big square pages are designed with a faultless sense of control, providing an object lesson in how to use white space to organise the flow and placement of pictures to maximum advantage.

The book spotlights 46 designers, each given a section introduced by a short biography and a portrait. One editorial feature that is unusual for this kind of survey – a staple of design publishing to this day – is the inclusion of photographs showing how the posters were displayed in the street. This visual theme is signalled by the cover picture of a bill sticker working in front of a row of posters. The photographs were taken by Wojciech Zamecznik, one of the poster designers presented in the book. Zamecznik’s pages feature two of his pictures and, in one instance, a double-page spread shows both one of his designs, a poster for SOS Titanic, a British film from 1958 (originally titled A Night to Remember), and an apparently rural shot of a wooden shack surrounded by snow where the poster is mounted outside on a door.

Zamecznik (1923-67) is a fascinating figure, a highly accomplished photographer as well as a designer, who was able to use his photographic experiments to propel his design work in inventive new directions. Perhaps as a result of his early death, Zamecznik has not been as well known outside Poland as his wide-ranging and frequently remarkable body of work deserves. This seems likely to change thanks to a sustained research effort now focused on his archive, which is housed at the Archaeology of Photography Foundation in Warsaw. Since 2016, Zamecznik has been the subject of three substantial monographs, including Wojciech Zamecznik: Photography in all its forms and, most recently, Wojciech Zamecznik: Total Design. In 2017, he was one of three designer-photographers featured in the exhibition ‘Photographisme’ (with accompanying catalogue) at the Pompidou Centre. Few graphic designers in the English-speaking world are so generously favoured with serious attention.

Warsaw, 1958. Photograph by Zamecznik.
Top: Długa Street, Krakow, 1962, from the series taken by Wojciech Zamecznik for Polnische Plakatkunst (Econ, 1962), though not used in the book. 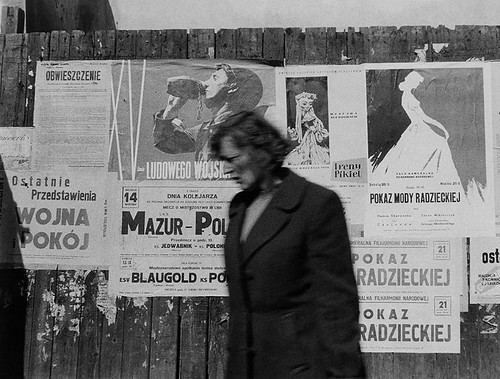 As well as detailing the range of Zamecznik’s activities as a photographer, the monographs shed light on his poster photographs for Polnische Plakatkunst. In the 1950s, he often took street photographs and he reveals a preoccupation with the ways people relate to spatial settings formed by the built environment, tracking his subjects in medium or long shot so that these relationships become explicit. Like earlier Modernists, he sometimes photographed the street from above and he paid close attention to the geometries formed by steps, pathways, angular shadows and zones of emptiness. His architectonic interests made him an ideal designer-photographer for the magazine Architektura in the 1960s.

For the street poster series, Zamecznik shot in both colour and black and white, though only the monochrome pictures are published in Polnische Plakatkunst. Sometimes he simply focuses on the posters and their manner of display on advertising columns, fences and hoardings. Shots taken in Warsaw document display spaces running the length of the street, allowing hundreds of posters to compete for the attention of pedestrians. The poster was an everyday reality, integral to the street’s visual texture and meaning as a shared space of communication. In other pictures, Zamecznik freeze-frames members of the public, heads turning towards the posters as they walk, pausing to look closer, or strolling by. The book opens with a picture cropped to form a horizontal panorama of poster frames with people strung along them at regular intervals. In a picture that wasn’t used, we glimpse distant posters framed by a stationary car’s far-side window as Zamecznik shoots through from the other side. In a picture that was, we see only the bill sticker’s lower legs and paste bucket, visible at the bottom of the poster frame, and a bag of rolled posters awaiting their turn.

Only eight street scenes appear in Polnische Plakatkunst and these tend to be the most fully resolved in their depiction of posters as public communication. The monographs about Zamecznik present alternative selections from the out-takes, suggesting there might be other unseen poster photos, perhaps the subject of a future curatorial project. In a slightly earlier picture, from 1958, a careworn woman in a heavy coat passes below three upbeat posters. Their imagery is sharp. She blurs in movement. It’s an affecting scene, not so easily pinned down. In sensibility and focus, Zamecznik seems equally a designer and a photographer. 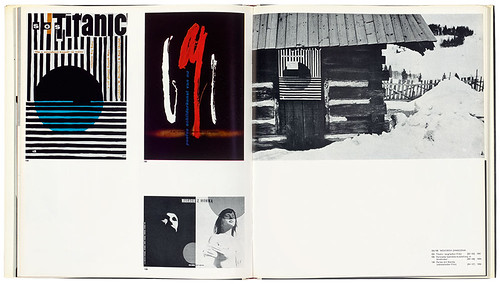