Inkahoots’ installation encourages the public to engage in typographic dialogue at Brisbane Airport. 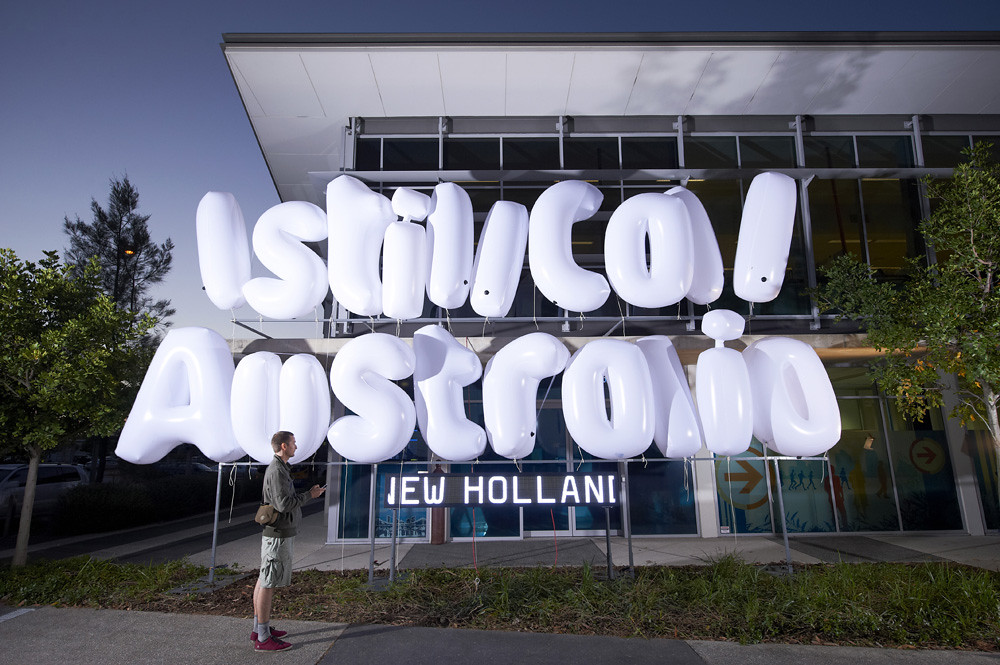 We Australians are resolutely ambivalent about our national identity, writes Jason Grant of Inkahoots. A short history, a bloody colonisation, and regular waves of mostly unwelcome immigration are just a few explanations.

For laughs, watch Australian footballers (or anyone, actually) try to sing the national anthem at the start of a game. Beyond the first few lines it is all mimed and mumbled incomprehension. Inkahoots have been investigating this ambivalence with the New Anthems project – a series of interactive typographic sculptures that invite the rewriting of foundational texts via SMS. 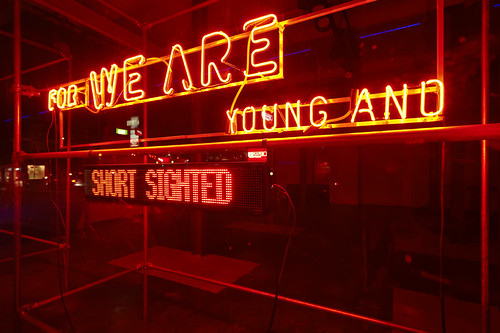 The series started with the opening verse from the baffling, tuneless official national anthem, ‘Advance Australia Fair’, and has included lines from various poems and songs: Banjo Paterson’s ‘Waltzing Matilda’, Dorothea MacKellar’s ‘My Country’ and Midnight Oil’s ‘Beds Are Burning’.

The latest version was commissioned by the Brisbane Airport as part of an inaugural ten-day contemporary arts festival. It offers ‘I Still Call Australia Home’, Peter Allen’s paean to homesickness, rendered in huge helium-filled custom designed balloons. Aside from referencing the air travel implied by the song and the site, they are meant to suggest the superficial celebratory nationalism that is just a few steps away from xenophobia and racist riots on suburban beaches. 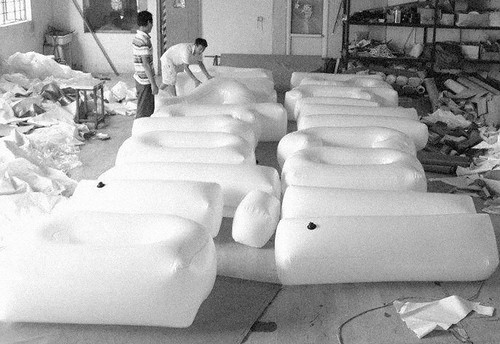 Fortunately, none of the balloons drifted into the airspace of oncoming passenger aircraft. We’d been warned that if they did escape, all air traffic to and from the city would need to be suspended, and that the project’s humble budget wouldn’t extend to a bill for shutting down the airport.
Fortunately, what can escape, when people are free to anonymously express themselves in public (and given a specific contextual framing), is real dialogue.

When we started this project there was always the risk that the work would simply throw up inanities and obscenities. It’s not that this didn't happen, but it was relatively rare. Of the hundreds of New Anthems contributions, there is a schism demonstrated between the overtly critical, political and often derisive, and the laudatory patriotic. (And this time round there was a tendency for airport marketing staff to try to smother critical or uncomfortable messages with hyper-positive counter-rebukes – but that’s a whole other post.)

We reckon that in these matters there is an inevitable corrosion ending in an aggressive nationalism with more hatred and bigotry than ‘love of country’. The way that previous Australian prime minister John Howard inflated the ANZAC myth while dismissing past injustices to indigenous people as ‘black armband history’ is one example. So we think it’s good to have these discussions. And personally I’d love to hear Peter Allen sing ‘I still call Australia pillaged by greedy developers’.

For a list of SMS contributions go to inkahoots.com.au/newanthems/ 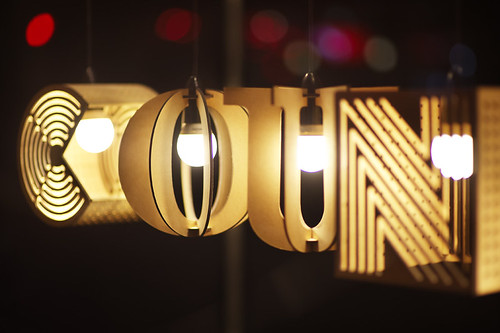 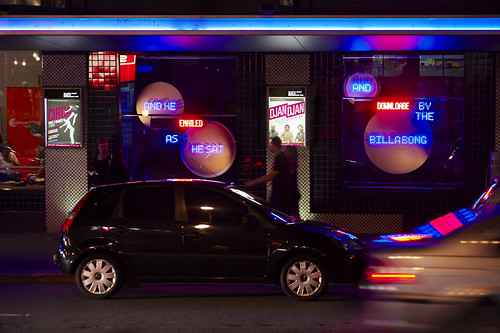 Other Articles By Jason Grant