Can design do what? 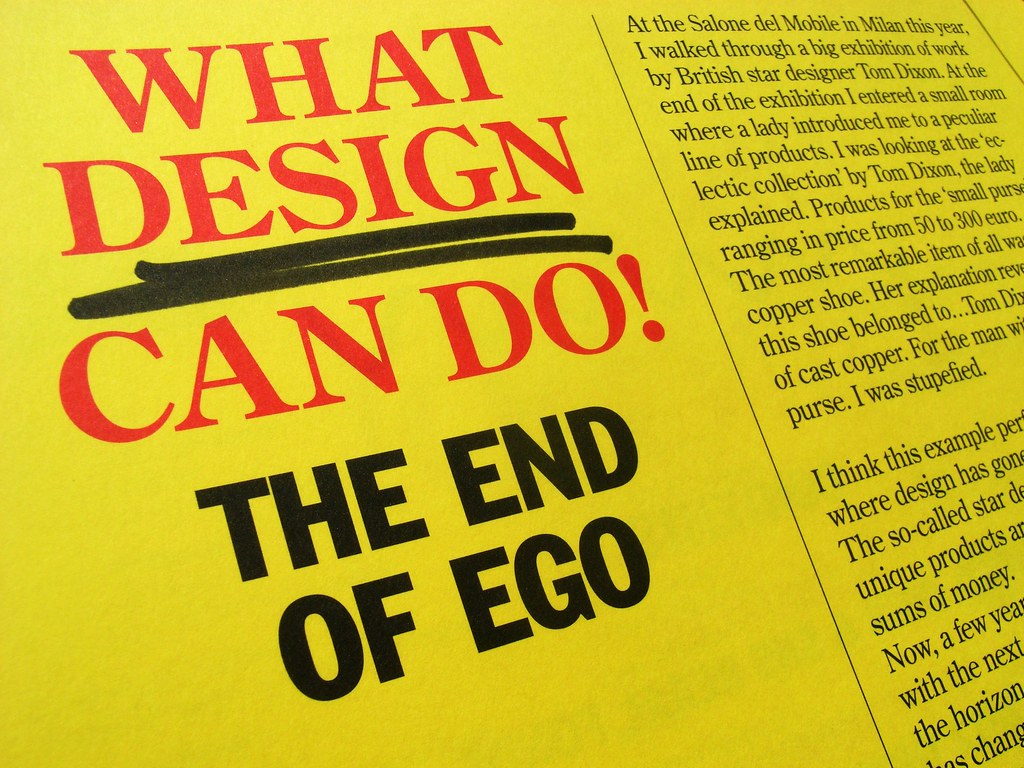 What design can do! (WDCD) was a two-day conference, held earlier this month in Amsterdam, that sought to gather together international design professionals from all disciplines – including architecture, product design, fashion, graphics, etc. – with a view to setting out a new vision for design practice, writes Catherine Dixon.

Creative director Richard van der Laken explained that the event aligns itself with a growing recognition of the potential of design for addressing social problems. 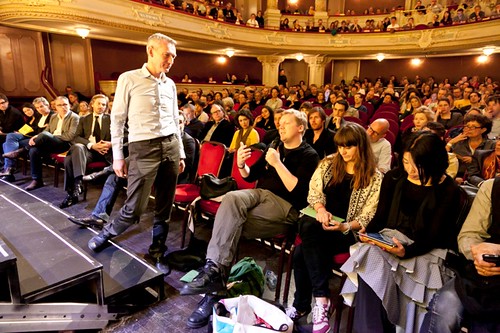 WDCD is not one of those sit-back-and-let-others-do-the-thinking events. A range of speakers had been invited to share their ‘vision’, to discuss ‘concepts’, and to make design ‘statements’, showing work, that would demonstrate what design can do in relation to the core conference theme of ‘connect’. 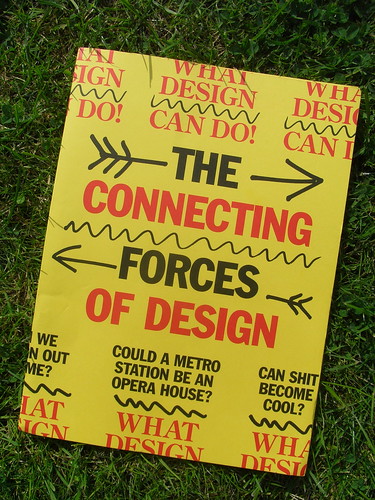 The theme was developed within sessions entitled, ‘connect to life’, ‘connect to communities’ and ‘connect to cultures’. WDCD also encouraged delegates to work alongside the invited speakers and each other in breakout sessions, so that ideas could be generated and exchanged and answers sought. 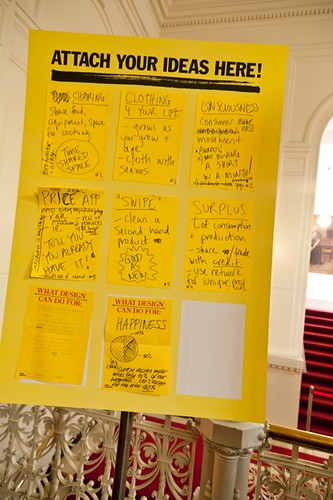 Dutch landscape designer Piet Oudolf opened, talking about his contribution to the High Line project in New York, showing the richness of designerly ‘knowing’ that comes from total immersion in a subject.

Andrew Shoben of UK public arts collective Greyworld presented witty, curious and magical, pieces of public art intended to enliven spaces and to engage without danger of patronising their audience. Design platform Febrik (Lebanon / UK) presented their sensitive mappings of social and play spaces in Palestinian refugee camps, revealing most though when speaking about the limitations they faced in actually realising projects. The importance of humility in community-based design was later echoed in the presentation by Brazilian designer Marcello Rosenbaum (below, left) on the work of the project A Gente Transforma. 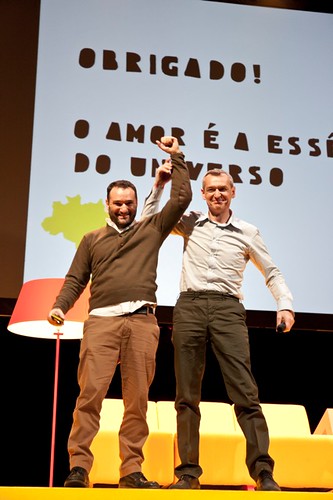 Van der Laken explained in his opening address that the event was intended to ‘celebrate’ design as well as question it – hence the exclamation mark in the title. Some presentations reflected design as being perhaps overly pleased with itself, at the expense of substance or addressing wider public concerns. Dutch ‘solist’ artist Harmen Liemberg (below) presented some beautiful print-making, telling a great story about the materiality of design and Brazilian artist Stefan Doitschinoff also had a good story to tell, but I found both explorations of practice too self-referential. That food is about more than nutrition was a somewhat underwhelming end to Austrian design duo Honey & Bunny’s curious (in a good way) exploration of food as design. 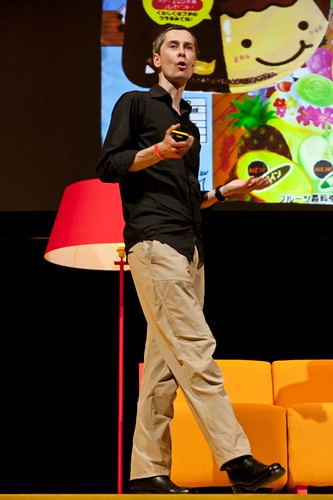 Where I expected tougher questions in relation to the way design might address ever-spiralling consumption levels, WDCD embraced the alignment of production to meet identified consumer trends. The breakout sessions came into their own with a productive interrogation of the question of ‘What design can do?’ for material reduction, hosted by Dutch design foundation Droog.

While cross-disciplinary exchange was a welcome aspect of WDCD, with something for everyone, the downside was a generalist tendency to keep opening new territories for discussion rather than focusing on specific subjects. Yet these are early days for the confererence and there are many things yet to be resolved, not least the dangers of designerly hubris (at an event supposedly representing ‘the end of ego’).

Other presentations included the vibrant Popular de lujo blog from Columbian designers Juan Duque, Roxana Martinez and Esteban Ucrós (which captures the street graphic scene of Bogatá), and Younghee Lee’s talk about the steps being taken, through her Nokia work, to address the digital typographic needs of India’s multilingual communities.

Paula Scher’s stark description of a successful graphic design print campaign as a million pieces of garbage gave pause for thought. As did the reliance of at least two of the community-based design projects she showed upon the philanthropy of the designer herself. It was Scher’s status and power within the local networks of influence that made possible these successful urban interventions – the High Line and Parks signage in New York City – rather than a recognition of the value of graphic design in its own right. 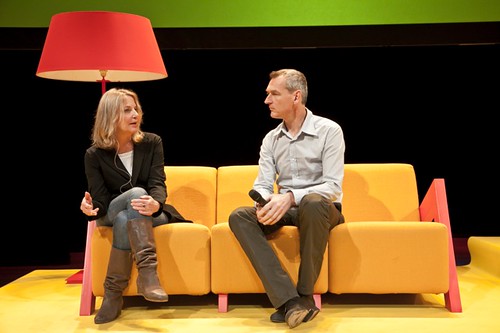 Sure, it was her gift to give, and as benefactor she cleverly retained control of her redesign of the NYC Parks Department signage. Here, and through Scher’s role on the city’s Public Design Commission, we saw the potential of graphic design in shaping a cityscape. Yet as leverage for the wider recognition of graphic design’s value, the freebie dynamic of the origination of this work does little to help.

Scher’s presentation contrasted strongly with that of architect Cameron Sinclair (below), who urged us to engage with the hardcore dialogue of business in the context of humanitarian aid. Architecture for humanity, the not-for-profit organisation he co-founded, clearly still relies heavily on the pro bono services of design professionals. 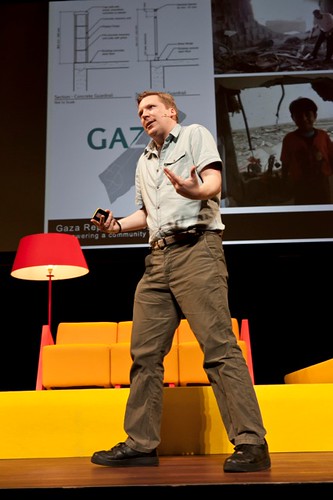 Yet, in his presentation, Sinclair’s arguments for moving beyond ‘volunteering’ this area of design practice to establishing financially viable careers, were compelling, as was the innovation demonstrated in the projects he showed, each engaging with the ongoing problems faced by communities in the disaster zones of the world long since disappeared from our news headlines. Sinclair stole the show, with a resounding example of ‘What design can do’ when afforded its proper value, in both creative and economic terms. 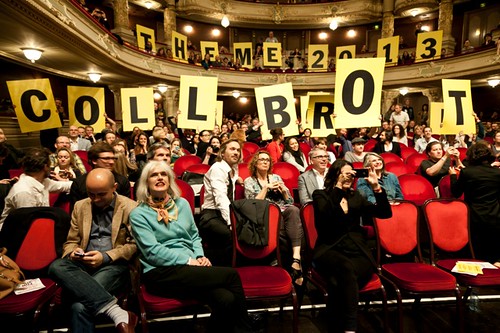 The theme proposed for next year’s event is ‘collaboration’. If this is a sign that WDCD is looking to connect still further to communities outside of design, it’s a powerful reason to follow its progress.

All photographs © 2012 Leo Veger except where noted. 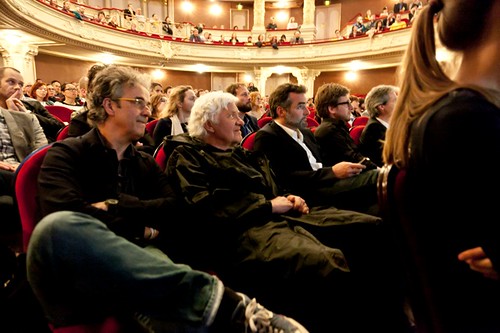 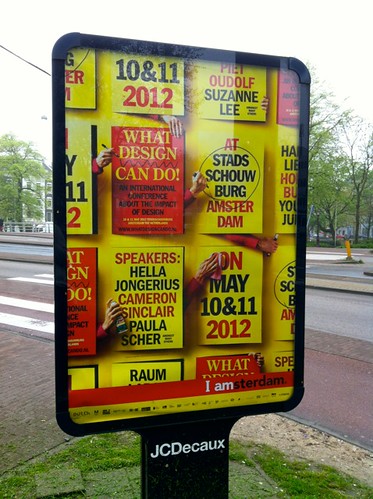