James Sillavan, aka JAS, was a prolific cartoonist whose wry drawings were a familiar feature of many UK newspapers and magazines. Stephen Coates pays tribute. 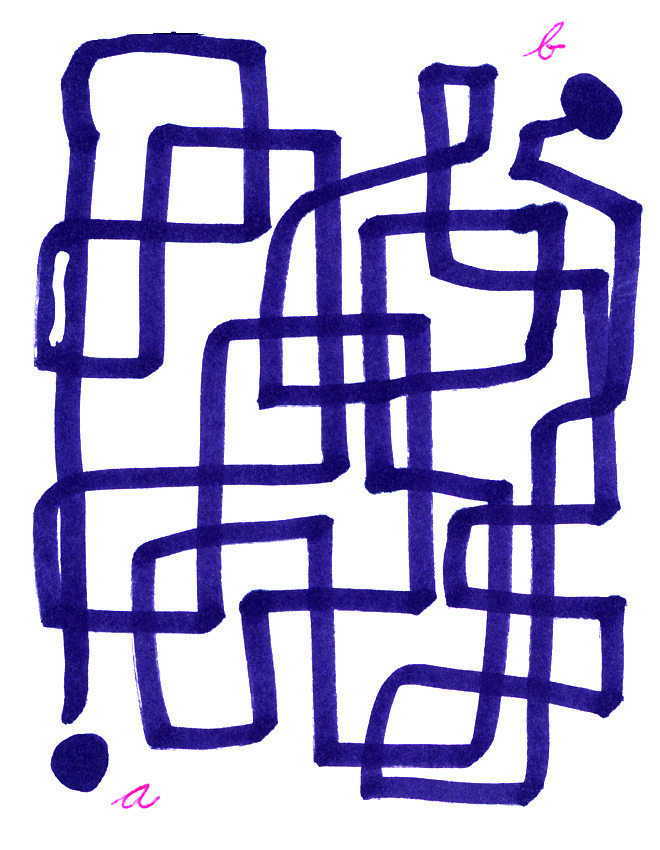 The work of James Sillavan, who has died of a heart attack aged 63, is more familiar to readers of national newspapers than most will realise. His illustration work, signed latterly as ‘JAS’, has regularly appeared in the British national press for more than 25 years, writes Stephen Coates. 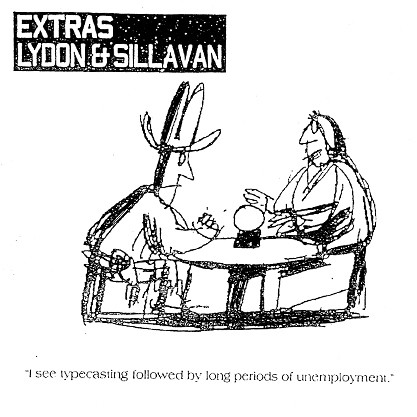 Born in Cheshire in 1950, Sillavan studied advertising at Manchester School of Art. He began his working life as a layout artist on magazines, before ending up at the art desk of the Daily Express where his love of newspapers was ignited.

The death of his father in 1986 led Sillavan to reassess his own life, giving up his secure and lucrative job to become a freelance cartoonist. He began a popular Sunday breakfast club for friends and contacts named ‘The Pier’ often featuring musical performances, fashion shows and art exhibitions. A self-published magazine of the same name contained his own work as well as that of friends such as Steven Appleby.

He teamed up with Peter Lydon (who would go on to pursue a successful career as a television drama director) and with Lydon as writer, the two went on to create a number of regular strip cartoons – ‘Trousers’ for City Limits, then ‘DD Corps’ for Blueprint magazine (where I was then a designer), ‘Jerry on Line 1’ in Sight & Sound magazine, both commissioned by Simon Esterson, and subsequently spot cartoons – ‘Extras’ also for Sight & Sound, ‘Saul Stories’ for the Guardian and ‘Apropos of Nothing’ which appeared in Esquire.

‘Apropos of Nothing’ for Esquire by Lydon & Sillavan. 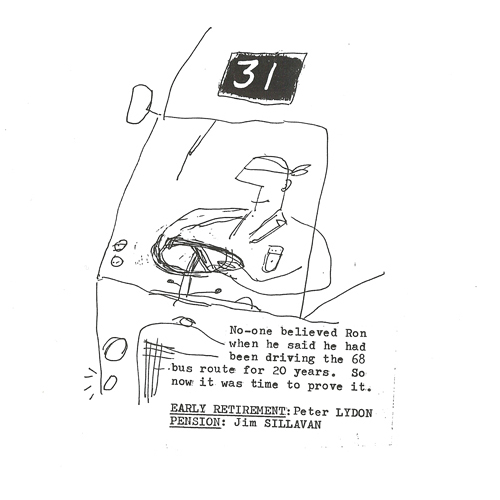 Sillavan’s newspaper cartooning career was also gaining momentum. An admirer of the quick wit of Woody Allen, of Saul Steinberg and of the lumpen figures in the paintings of Philip Guston, his wry, usually wordless drawings were sought after by The Independent, the Financial Times, The Observer and The Times, where he was the weekly diary cartoonist from 1991-94.

More than 1000 of his drawings and cartoons were published during an intense three-year period of work and the exhaustion that he consequently felt – being constantly under the intense pressure of newspaper deadlines – brought another reassessment. He decided to move to a modest apartment in Paris and pursue his interest in painting and photography. His photographs – taxonomies of everyday objects from car hubcaps to plumbing and plates of food were a therapeutic way of rebuilding his world by cataloguing his new environment.

Restored, he returned to London and this new work was soon recognised by The Photographers Gallery, which showed it in the exhibition ‘Collected’ in 1997.

His appetite for newspapers soon returned and The Guardian began to commission drawings regularly. In 2003 he also began five years’ work as the Daily Telegraph’s second political cartoonist, working alongside Nicholas Garland. He was also a regular contributor of cartoons to The Economist. 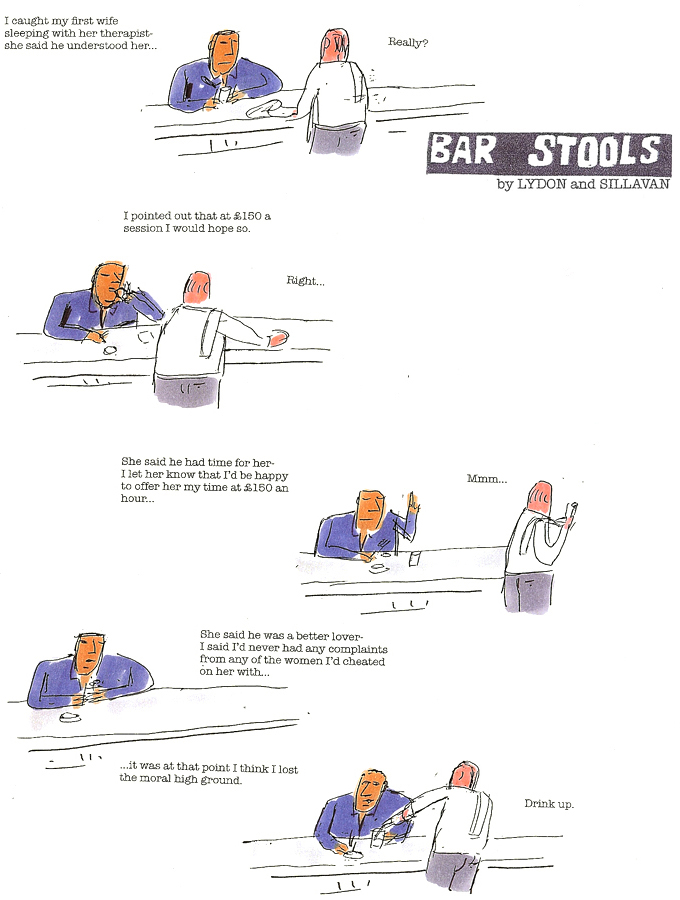 Eye is the world’s most beautiful and collectable graphic design journal, published quarterly for professional designers, students and anyone interested in critical, informed writing about graphic design and visual culture. It is available from all good design bookshops and online at the Eye shop, where you can buy subscriptions and single issues. Eye

Lydon and Sillavan’s Apropos of nothing
Guardian obituary

Other Articles By Stephen Coates