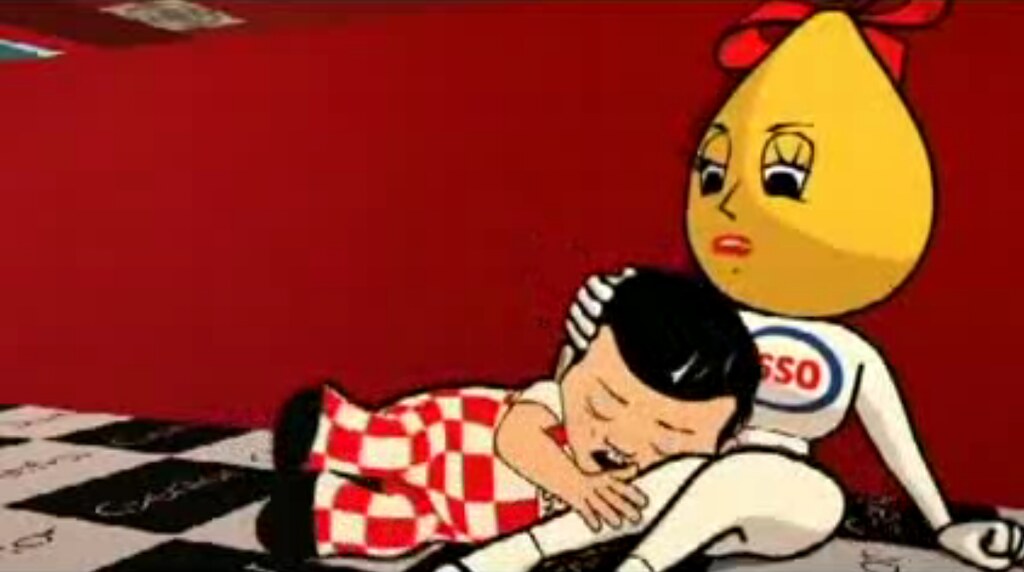 An entirely troubling aspect of debates about product placement (an egregious and underhand marketing practice that has already clogged up certain genres of Hollywood movies) is the industry claim that it boils down to a need for more realism – as opposed to more cash.

The rationale goes like this: we live in a world filled with brand, so it would be senseless, if not completely jarring, to make films and TV shows without them. Can this really be true? Since it is tedious to argue about whether it’s ‘realistic’ that Tom Hanks’s character in Cast Away shares the screen with the FedEx logo no less than 56 times, a more productive measure might be to compare two works by Paris-based studio H5.

In a sumptuous music video made in 1999 for DJ Alex Gopher’s remix track ‘The Child’, a young couple races through New York in a taxi, trying to reach the hospital before their baby is born. What makes the piece a delight for designers is not what we hear but what we see: an entire city constructed of words. The taxi is ‘TAXI’; the windows are WIN / DOW; the woman is rendered purely in a centred stack of words: BROWN HAIR / PRETTY FACE / WOMAN PREGNANT / RED DRESS / SNEAKERS.

Skip to 2009, and H5’s short film Logorama, currently on the international festival circuit, again brings us soaring, bird’s-eye urban vistas and a hectic eye-level car chase. This time, however, we’re in LA, which might as well stand for ‘Logo Attack’. Every building, vehicle and person is constructed entirely from instantly recognisable logos: Michelin’s Bibendum cops, Mr Pringles truckdrivers, Bic and AOL pedestrians, Stop & Shop traffic lights, Microsoft Windows windows, and one super-bad-ass Ronald McDonald. The warm nocturnal canvas of ‘The Child’ gives way, in Logorama, to a highly caffeinated palette of vivid primaries.

How did an agency with a roster of highbrow fashion and cosmetics clients end up producing such an orgy of logo dissidence, replete with an ultra-camp Mr Clean leading some kids on a zoo tour; a randy, infantile Big Boy; and a storyline that segues from a murderous, street-level gun battle into an apocalyptic earthquake that drowns almost everything and everybody in oil? Who else to demonstrate an uncanny feel for which role each brand should adopt in this madcap but queasily familiar cityscape? (For example, the more staid the branding device, the more peripheral it is to the action.)

Is this a critique, a bid for ‘freedom of expression’ (as they’ve claimed), or, since the makers have no plans to distribute the film beyond the festival circuit, merely a set of private jokes? Are logos as fragile as we are sometimes led to believe, given the protective hysteria of their legal guardians? Or is this the kind of ‘bad’ publicity that serves to demonstrate their resilience – and their keepers’ belated appreciation for irony? Most surprisingly, as Laura Murray, an expert on intellectual property at Queen’s University in Ontario, argues, there’s no real grounds for a trademark lawsuit here, unless McDonald’s, for example, can show that Logorama causes confusion in the marketplace (in addition to mayhem in the strip mall). 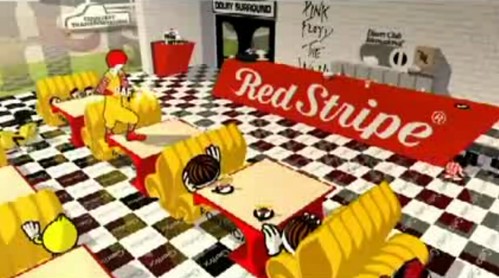 Of course, like 99 per cent of films and TV shows, there is nothing ‘realistic’ about ‘The Child’ or Logorama. Rather, they’re both beguiling and lovingly detailed fantasies of urban life drawn from the minds of highly imaginative designers. Is ‘The Child’ less satisfying because there are barely any logos in it? Conversely, how hollow is the satisfaction of recognising every logo that zings across the screen in Logorama, of appreciating every in-joke – as when a snickering, foul-mouthed Ronald mows down the Enron and Freddie Mac logos? Your answer might depend on whether or not you’re a lawyer. See them both before it’s too late. 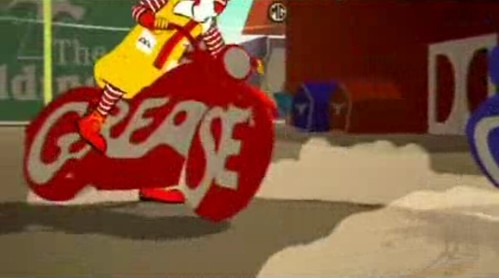