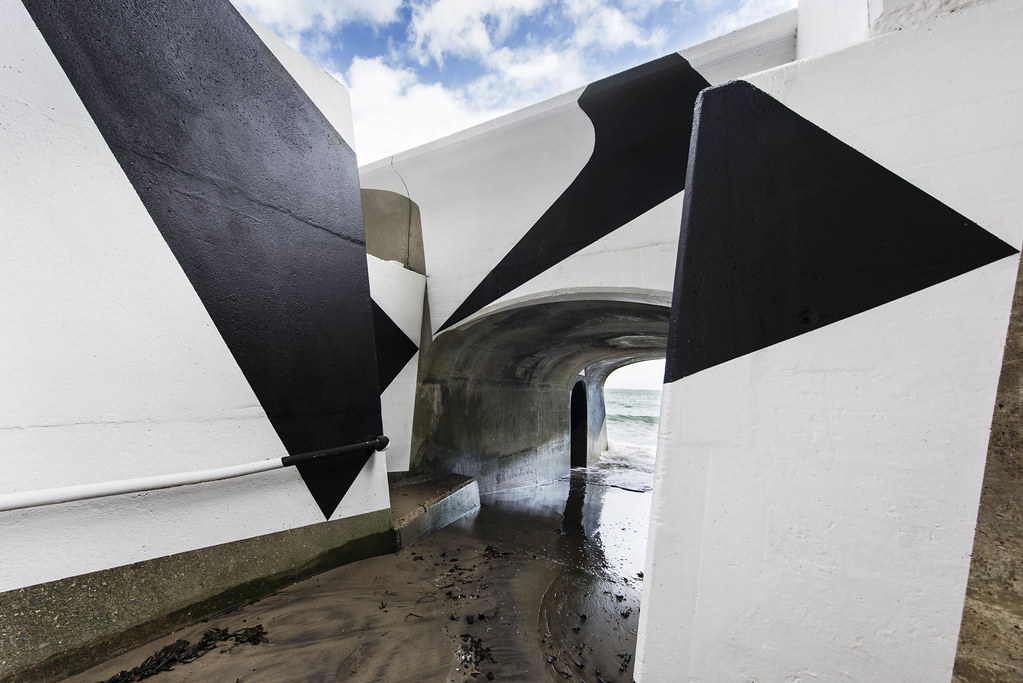 Folkestone is hosting its fourth Triennial, a two-month-long festival of contemporary art that can be appreciated in the open air of this British seaside town in Kent, writes John L. Walters.

Like many other resorts around the UK’s southeast, Folkestone has welcomed art, artists and ‘cultural industries’ while other more traditional businesses decline or re-think.

But unlike Eastbourne, Margate and Hastings, Folkestone has no shiny new gallery. Nor does it have a treasured older one, like Bexhill-on-Sea’s De La Warr. 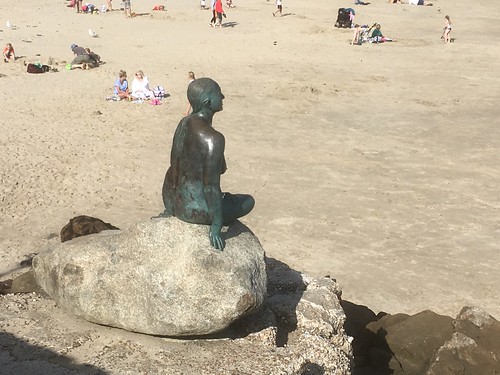 Instead, successive Triennials have helped turn this small town (population less than 50,000) into an open-air gallery. Get lost in Folkestone, and you will almost certainly stumble into a piece of art, whether it’s Christian Boltanski’s moving The Whispers (a 2008 Triennial sound work still operating from beneath a bench on the sea front) or Cornelia Parker’s decidedly un-fishy Folkestone Mermaid, 2011 – a life-size cast of local resident Georgina Baker. There are at least 28 items left over from the three previous Triennials.

‘When I start thinking about the Triennial,’ says director Lewis Biggs, ‘I don’t start with a list of artists – I start with a list of places.’ The next stage in Biggs’s process is to think about which artists might do something worthwhile with each place. Some of the chosen locations are big, landmark sites; others are hidden away. This year you can’t go far without seeing one of Richard Wood’s brightly coloured house models (Holiday Home) but you have to hunt a little to find Amalia Pica’s Souvenir – bronze casts of seashells plus many more actual seashells – or Emily Peasgood’s magnificent audio installation Halfway to Heaven, in a hidden, walled graveyard, bizarrely located twenty feet above street level. 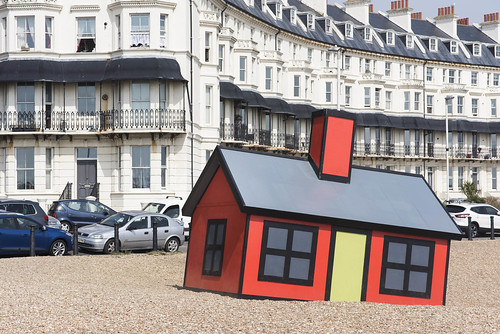 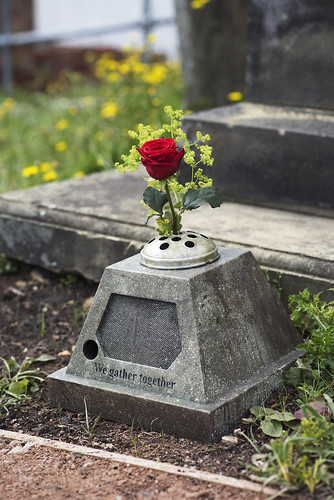 The Folkestone Triennial is dominated by a kind of applied conceptual art. It’s not quite design or architecture (though Ben Allen’s vaulted The Clearing is a rare indoor installation) or typography or illustration, but the works often gain strength from their unambiguously graphic elements, such as Michael Craig-Martin’s plain, hard-edged drawing of an eco-light bulb, Sinta Tantra’s Sonia Delaunay-inspired paint job for a building called The Cube, HoyCheong Wong’s nicely low-budget Minaret and Bob and Roberta Smith’s catchy, ubiquitous lettering for ‘Folkestone is an art school’, which follows you around like the chorus of an old pop song.

The town doesn’t only lack an art gallery, it’s never had an art school, either, and Smith (aka Patrick Brill), has devised a scheme that involves local artists teaching local people to paint, draw, sculpt and so on, with classes running two days a week during the Triennial. Brill will take part as one of the pupils, and he’s attempted to explain the ideas behind the project in a series of videos. 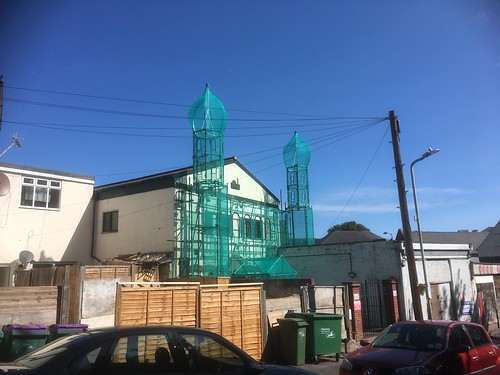 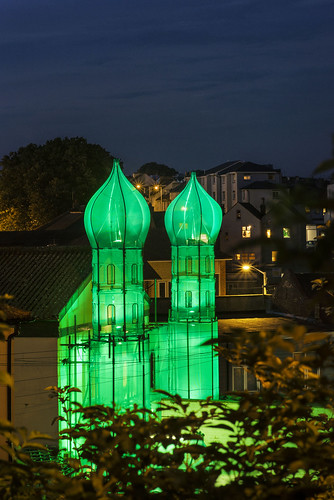 ‘Duality, dialogue and ambiguity are really important,’ says Lewis Biggs, explaining the Triennial’s ‘Double Edge’ theme, and he is to be congratulated for bringing together such a mixed bunch of artists, and finding an entertaining context for these gestures of contemporary art. The captions keep ‘art bollocks’ to a minimum, and though I can’t agree with Biggs that ‘Folkestone is a microcosm of the world,’ it feels like a place where all manner of art can find its level … sea level, if you like. 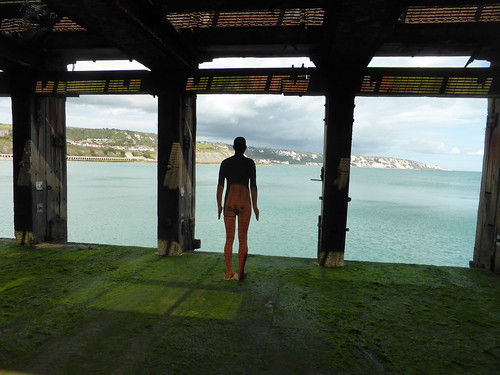 Bob and Roberta Smith, Folkstone Is An Art School, 2017. 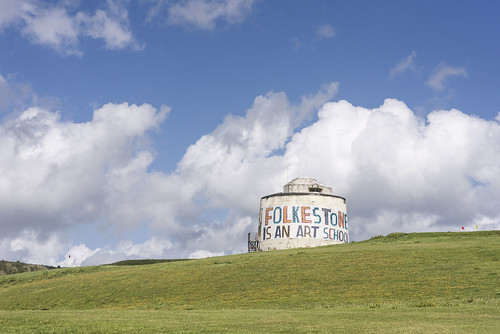