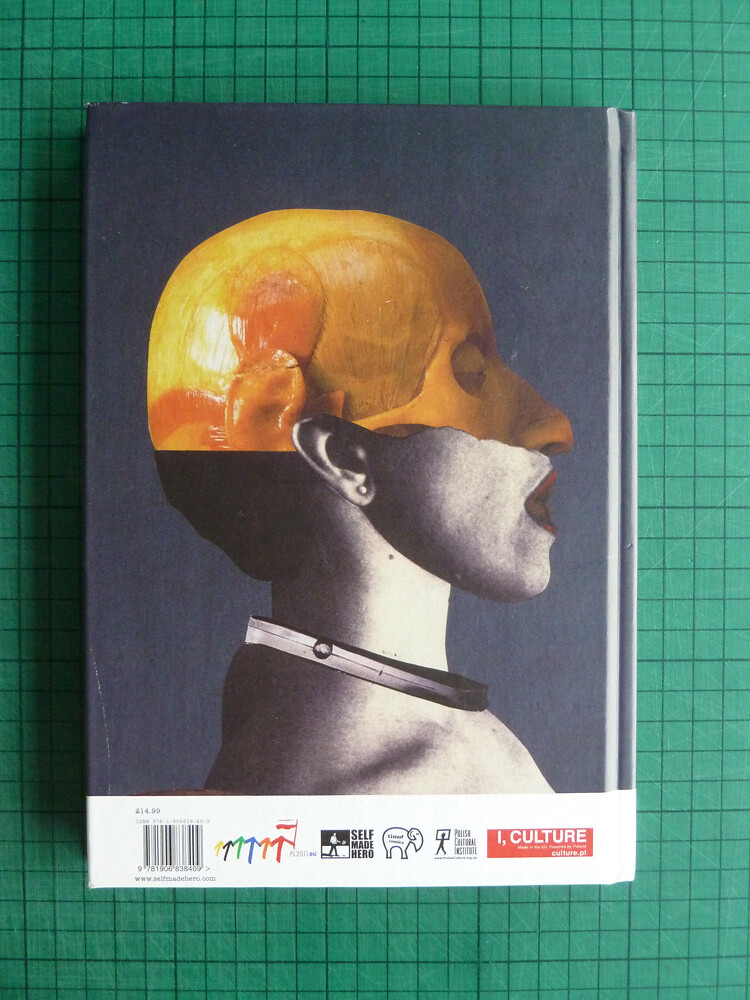 Stanislaw Lem (1921-2006) is usually considered an author of science fiction, but though his stories have the appropriate apparatus – spaceships, alien life-forms, robots – in mood and structure they are closer to fairy tale, myth or dream, writes Robert Hanks.

Science fiction is (to generalise horribly) interested in working through the implications of technology, but Lem (the Polish author of Solaris) is interested in technology mainly as a source of language and images. The challenge for an illustrator is to find a style that works for both Lem’s technological and mythic sides. 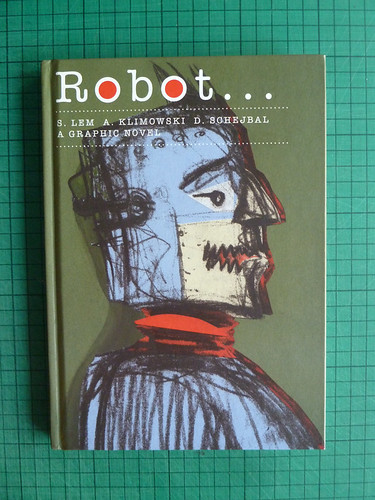 In Robot … (SelfMadeHero, supported by the Polish Cultural Institute), Andrzej Klimowski and Danusia Schejbal illustrate a story each from Lem’s collection Mortal Engines. ‘Uranium Ears’, drawn by Schejbal, is set on a planet composed entirely of actinides (the heavy radioactive metals – uranium, thorium, and so forth): the tyrant of this world, Archithorius, a giant with six hundred hands, forces his subjects to wear radioactive armour so that if too many of them gather together they will reach critical mass and explode. 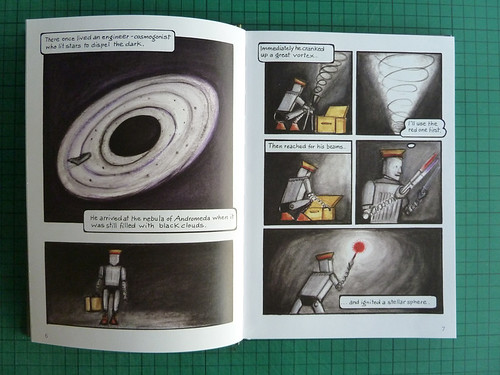 Lem was writing in Cold War-era Poland, so it is tempting to read this as a straightforward attack on totalitarianism, but the method the citizens use to defeat Archithorius – paying their taxes in uranium coin so that his treasury explodes – implies a rejection of the accumulation of capital. 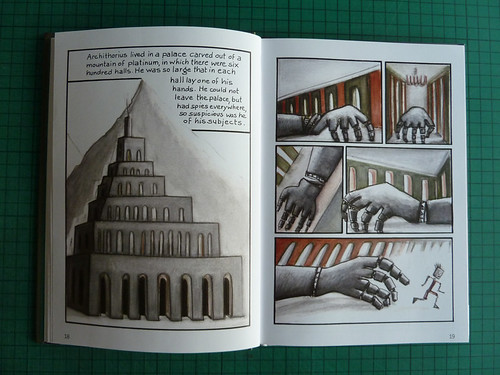 The fable is complicated by a cluster of half-allusions (to Greek myth, to the sorcerer’s apprentice) and peculiar plot devices. Trying to pin it down is a mug’s game. 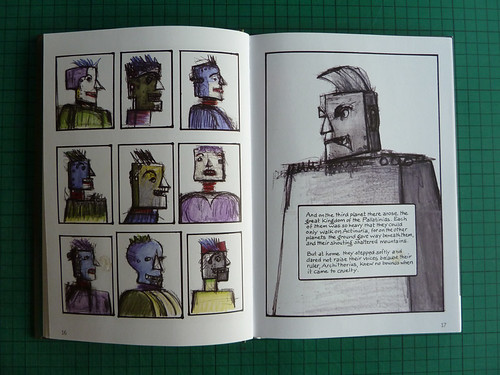 Danusia Schejbal’s style is superficially simple, with blockish robot figures drawn mainly in greys and blacks; but the colours – pale greens and yellows, but with splashes of rich, deep reds and mauves – and the fineness of shading add more complexity: her subtlety is more persuasive than Lem’s slightly leaden ingenuousness. 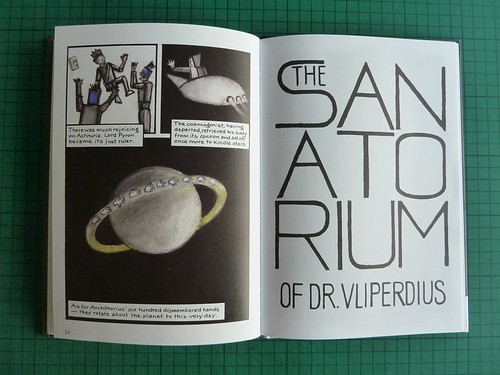 ‘The Sanatorium of Dr. Vliperdius’ is set in something like the real world, although this is a world in which the dividing line between people and robots has become blurred: people imagine they are robots, or turn out to be robots; Karel Capek’s play RUR, which gave us the word ‘robot’, seems to be a reference point. 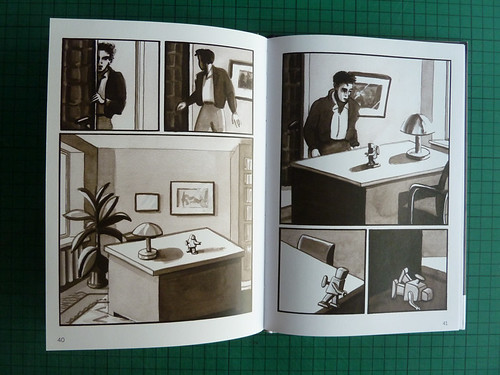 Andrzej Klimowski – a fellow Pole, brought up in Britain and Schejbal’s husband – gives the story a Bauhaus Modernist setting, with touches of Fritz Lang’s Metropolis. It is entirely in monochrome until the penultimate page, on which a spot of lubrication brings a female robot to blushing life. 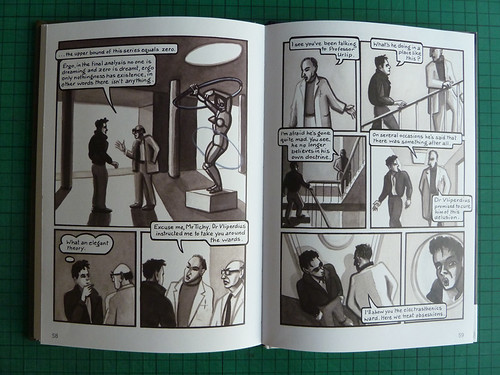 As stories, these are understated and elliptical to the point of frustration, but in their quests to find visual equivalents, Klimowski and Schejbal both triumph. The book is beautifully designed by Jeff Willis (cover) and timof comics (layout).

Robot … by Stanislaw Lem, adapted and illustrated by Andrzej Klimowski and Danusia Schejbal, is published by SelfMadeHero, £14.99.