Andy Martin and his affection for the Studio Book of Alphabets 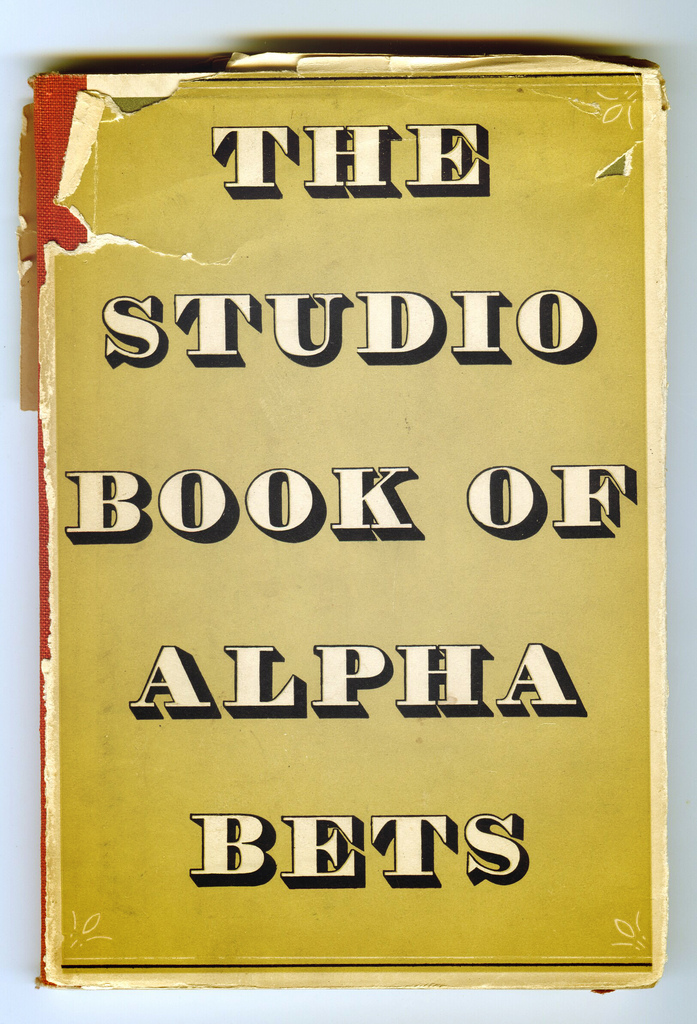 Sometime in the early 1950s (before even I was born) my old man bought a copy of this small gem of a book while on leave from the navy, an early sign of his ongoing quest for self improvement, writes Andy Martin.

I remember leafing through it when I was growing up, and as he was pretty handy with the sable brush, a convincing script and serviceable serif, I’m guessing he got his five shillings’ worth. 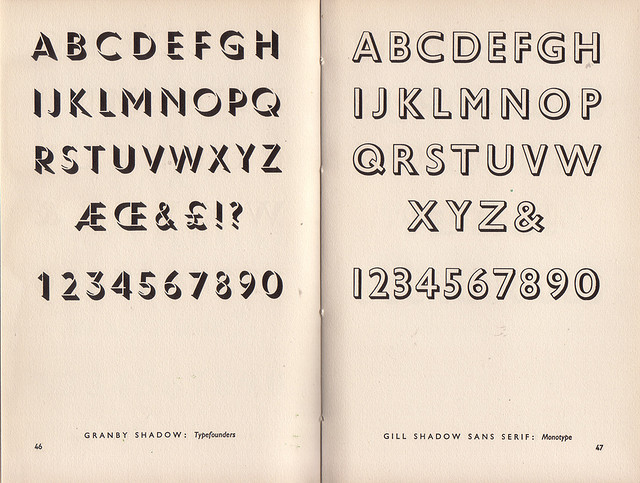 Maybe it echoed an earlier time when, as an apprentice, he’d make himself useful in the local printers’ office, but for me it was certainly one of those key artefacts which subliminally caused my eight-year-old mind to recognise the beauty and variety of type. 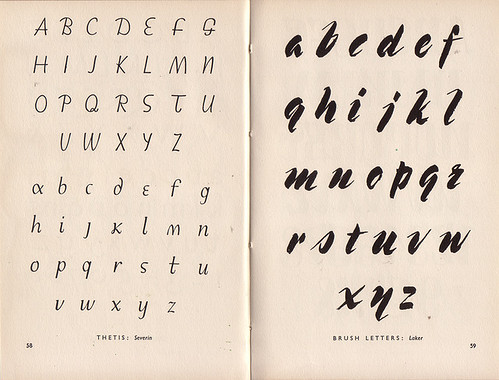 Opening it today, one finds a heady mix reflecting the mid-century taste for informal scripts, whimsical serifs and heavy shadows. There were subsequent editions, the bindings of which hint at the ‘progress’ of reinvention, rediscovery. As with most compendia, a few of the entries miss the ‘period’ mark but on the whole these books give a concise snapshot of the popular typography of the day. 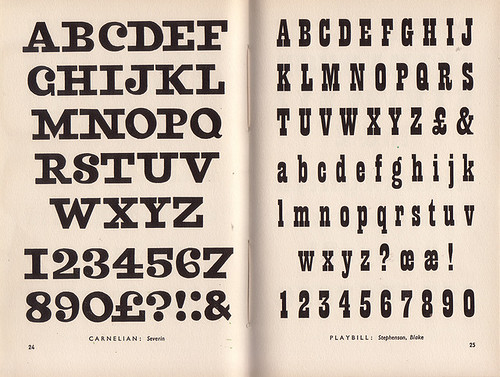 Eye is the world’s most beautiful and collectable graphic design journal, published quarterly for professional designers, students and anyone interested in critical, informed writing about graphic design and visual culture. It’s available from all good design bookshops and online at the Eye shop, where you can buy subscriptions, back issues and single copies of the latest issue.

Eye 81 has the theme of ‘Designers and clients’. Eye 82 has just been printed.

Where do ideas come from?
Type Tuesday. Baby love