Eye maps the landscape of digital typography … in 1992 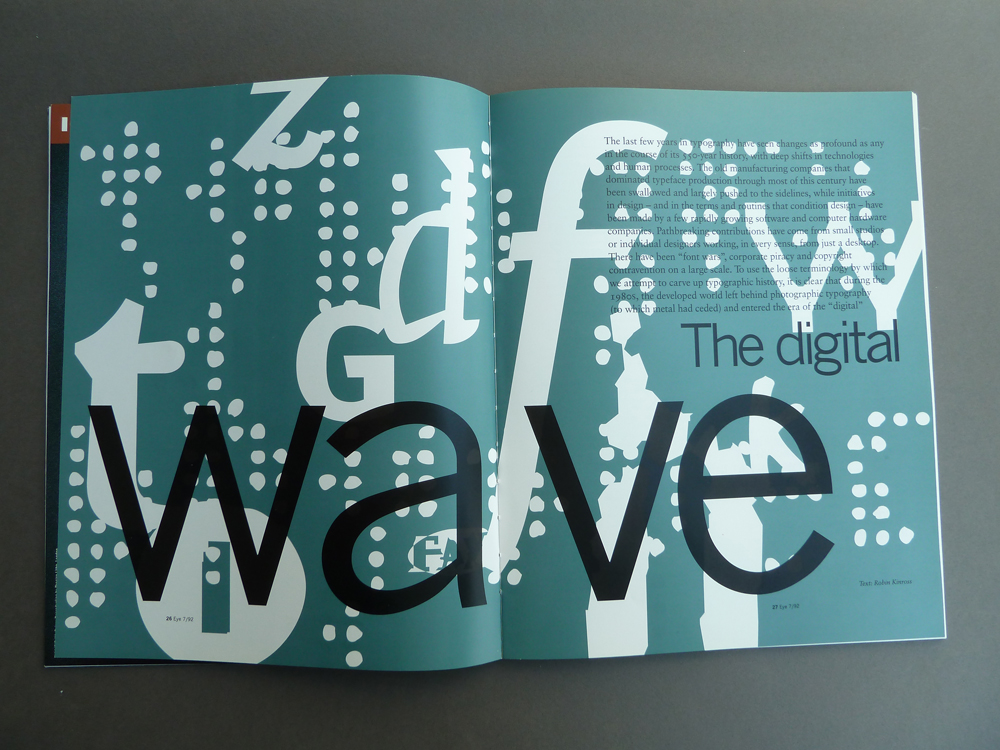 This week we take a look at Eye no. 7 vol. 2, a typography special issue.

Alongside articles about Cooper Black (‘as eye-catching as a charging bull and as expressive as a carnival barker’), Why Not Associates and Fluxus, there is the fourteen-page ‘The digital wave’, a fascinating and thoughtful overview of digital type design and handling written by Robin Kinross. The article begins as follows:

The last few years in typography have seen changes as profound as any in the course of its 550-year history, with deep shifts in technologies and human processes. The old manufacturing companies that dominated typeface production through most of this century have been swallowed and largely pushed to the sidelines, while initiatives in design – and in the terms and routines that condition design – have been made by a few rapidly growing software and computer hardware companies. Pathbreaking contributions have come from small studios or individual designers working, in every sense, from just a desktop. There have been ‘font wars’, corporate piracy and copyright contravention on a large scale. To use the loose terminology by which we attempt to carve up typographic history, it is clear that during the 1980s, the developed world left behind photographic typography (to which metal had ceded) and entered the era of the ‘digital’. 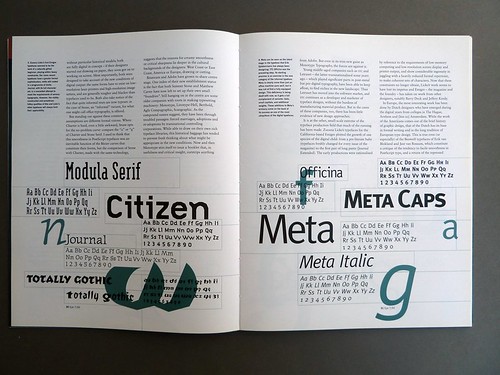 Read the full text of Robin Kinross’s ‘The digital wave’ on the Eye website. 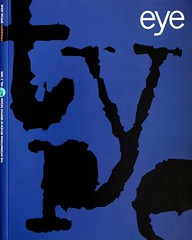 Eye is the world’s most beautiful and collectable graphic design journal, published quarterly for professional designers, students and anyone interested in critical, informed writing about graphic design and visual culture. It’s available from all good design bookshops and online at the Eye shop, where you can buy subscriptions and single issues. Eye 82 is on its way to bookstores and subscribers worldwide. For a visual sampler of the new issue, see Eye before you buy, eyem.ag/EBYB82 on Issuu.

Other Articles By Robin Kinross