Biggest badass in the room 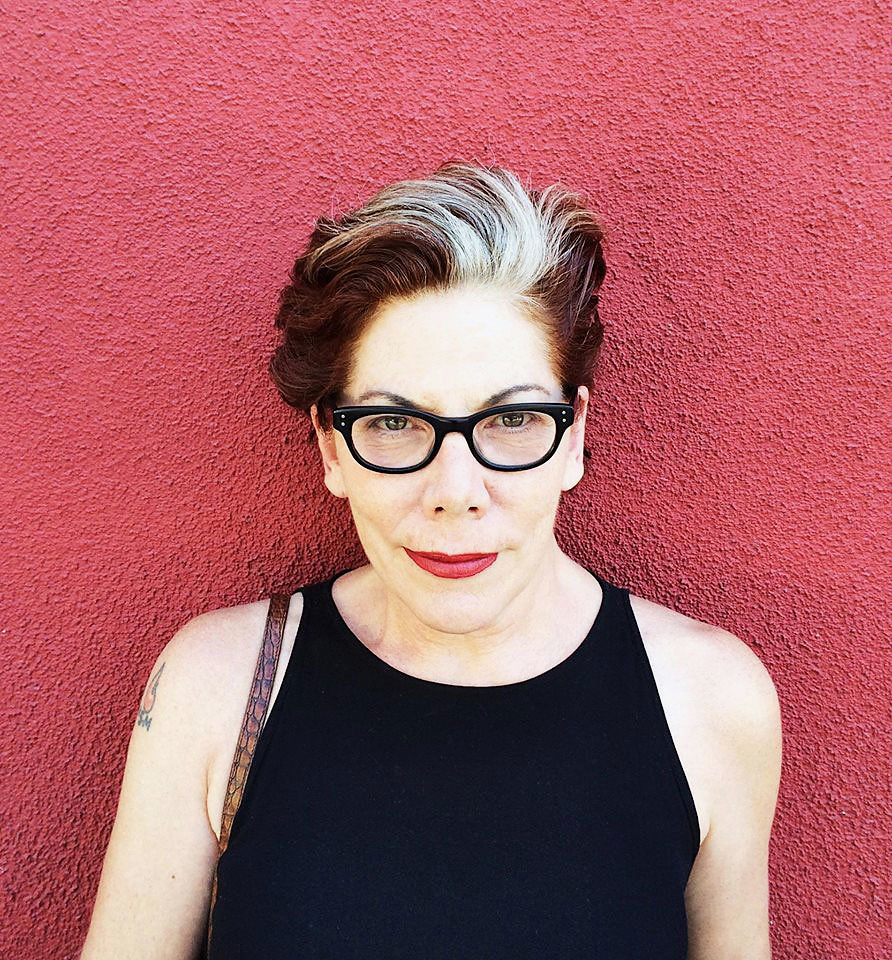 The minute I saw the online post – ‘Full time tenure-track Art / Design Teacher at Community College’ – I imagined my new life: I’d be doing what I love again, teaching visual communication to anyone who walked in the door. Even better, it was in my hometown. I don’t tell many people I’m from the San Fernando Valley, but suddenly the campus looked as comforting as an air-conditioned mall in the desert. I imagined my new life like an episode from a warm-hearted sitcom (anyone remember Welcome Back, Kotter?) filled with great kids and passionate teachers like me.

I read the requirements for the job about 150 times. I was more than qualified to teach design at their college. I have led two world-class design programmes. It felt right. This should be a slam-dunk.

I was also terrified. I was terrified because I was 60 years old and have not had a serious job interview for a long time. I’m old and out of the career loop.

My last interview, more than two decades ago, was for the chair of the design department at an A-list art school on the West Coast. I was treated to a five-star hotel, a cocktail party and a six-figure job offer. And around the same time, the AIGA (American Institute of Graphic Arts) gave me a medal. In those days, I showed up to events in a T-shirt, miniskirt and combat boots — the mark of a total 1990s badass.

Then everything changed. My husband died, leaving me a widow with two kids. Then I had a brain haemorrhage.

I was 40 years old the first time I had a brain haemorrhage. I was about to give a talk at a New York design conference. Suddenly, I felt a searing headache in my left temple, like a gunshot from the inside of my brain. Twenty-four hours later I was surrounded by neurosurgeons, all surprised to see me still alive.

Seven years later I had a second haemorrhage in the same part of the brain. After that, I couldn’t read or write. I didn’t know the difference between the letter ‘A’ and my left foot. I said ‘tree’ but I meant ‘refrigerator’. Numbers didn’t make sense.

I had seizures in the street. I slept. I had brain surgery. I slept more.

Then I went to occupational therapy. At therapy, I learned how to make a wooden box – as if my life depended on it. Because it did. I was not the same. I was slow. I was full of fear. I stopped teaching.

Now, a decade after rehab, here I am applying for a full time job for the first time in years. I treated the application process like that box in rehab – overcoming fear like my life depended on it. I got everything together – college transcripts (thank you, Berkeley, for reminding me I repeated ‘Intro to Poetry’), references, resume, portfolio. I applied online and on time, which, in itself, felt like a huge achievement.

Finally, out of hundreds of applicants, I made it to the top ten for an interview. I did the Mom-dance around the kitchen: ‘I got the interview!’ On the big day, my daughter drove me to my interview like we were going to NASA – while my brother was on the phone: ‘You just tell yourself “I am the biggest badass in the room.”’

I tried to tell myself I am the biggest badass in the room when BAM, I’m in the conference room, facing a committee of six strangers in khaki. At first I thought we were peers. They ask, ‘Why do you want to teach?’ and I say ‘Because I’ve taught my whole life.’ But the questions got weird: all about committees, politics and learning outcomes – none of it made sense. I wanted to jump across the table, screaming ‘these are stupid questions! They have nothing to do with design, or what I have to bring to the table!’

Then the committee escorted me across the campus to a large classroom. Time for a teaching demo. As I stood behind the podium, a strange calm came over me – and the language of design flowed out – as natural as riding a bike down my old neighbourhood. This is why I teach. This is where I belong. This is my passion. I may have been wobbly on the Illustrator demo, but solid on concept. When I finished, I bowed. But it was at that moment that I also realised I was probably not going to get the job.

After dissecting the events on the way home with my daughter I admitted my sense of failure, which at best, was embarrassing. I didn’t have to wait for the email that came much later to get the message: I was not the biggest badass in that room.

But a few weeks later, I was more than surprised to be offered the chance to teach ‘Intro to Graphic Design’ at a different school. Was I interested?

I was terrified, but yes, I was interested in teaching again. Not too old or too brain-damaged to teach what I know best. Failure is part of learning, and change is part of life.