Description of the slave ship Brookes 1788 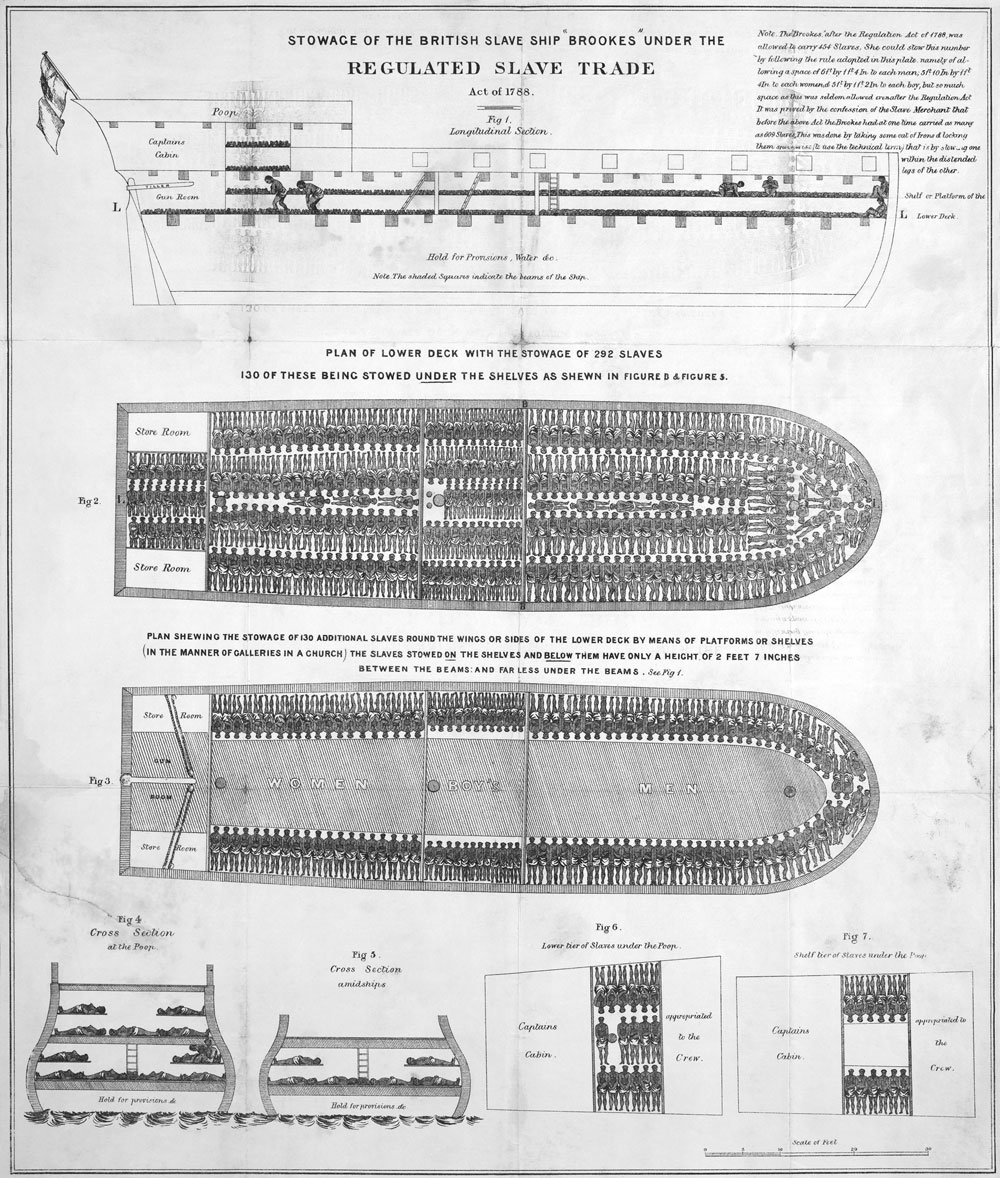 Eighteenth-century abolitionists used every propaganda tool in the book, but one of their most widely circulated visual aids was an innovative diagram of the Liverpool slave ship Brookes (above), first published in 1788.

London abolitionists had it printed on 7000 posters (in one run), and, in the years that followed, the diagram was widely copied in broadsheets, pamphlets and books in Britain, France and America. ‘No one saw it but he was impressed,’ wrote the tireless abolitionist Thomas Clarkson, who was partly responsible for the original. ‘It spoke to him in a language which was at once intelligible and irresistible.’ Art critic Tom Lubbock described it as ‘perhaps the most politically influential picture ever made’.