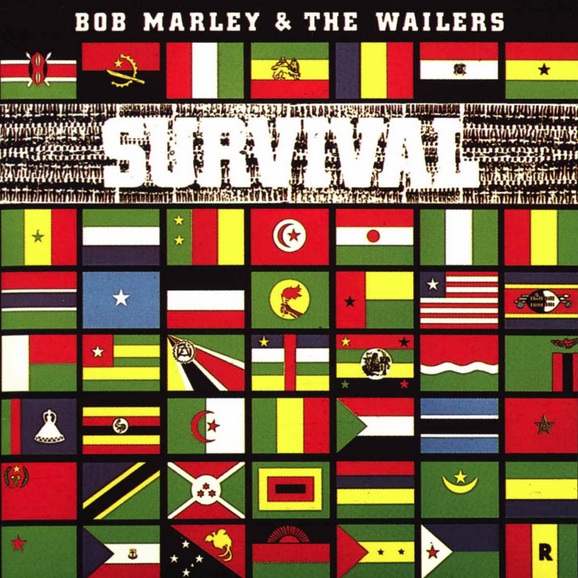 Neville Garrick: ‘Survival is probably my favourite cover. That was the first album Bob did when he built his studio, Tuff Gong. The album was going to be called Black Survival, but in discussing it, we felt that it might alienate some people who weren’t Black. So I tried to come up with a visual way of saying Black without using the word. The idea of flags came up, so I got information about all the flags of free Black Africa and then I painted them, using construction paper, and made all those flags so I could get the real colour, real flat colours. I made it about twice the size of an album cover, about 24in by 24in, so that when we reduced it down, it would be really tight.

‘At the time, Zimbabwe hadn’t been declared a nation, so it didn’t have a flag yet (and I wouldn’t use Rhodesia’s), so I used the flags of the groups that were fighting, Zapu and Zanu (PF). But the Blacks in America, the Blacks in England, the UK all over, they don’t have a flag. And then I got a mind-flash. Anybody who’s in the diaspora from Africa came out through slavery. So that’s how the slave ship came. What I did was reverse the word ‘Survival’ out of a slave-ship plan. [See original plan, below.]

‘I was really excited, but unfortunately it was the most underpromoted album that Bob put out, because it was so political. I figured it would make a great billboard, but we only ended up doing a poster in America with a picture of Bob and words from ‘Zimbabwe’. It was supposed to be distributed to schools in the US, but it never went as far as we wanted.’ 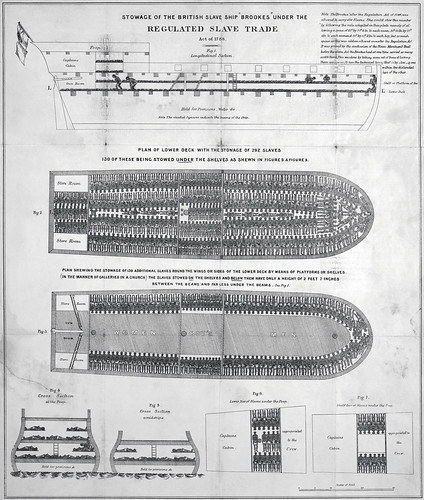