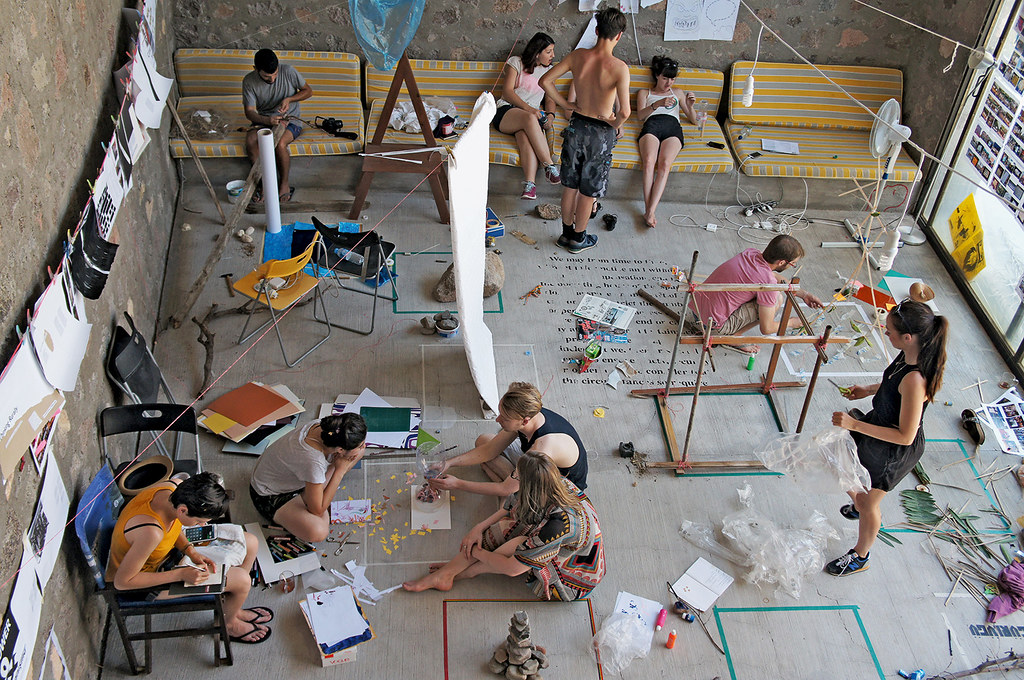 Constraints can have a positive effect on graphic design education, especially when there is plenty of space and time to play with. With limited materials, one desktop printer, limited access to the internet, and language barriers between students and workshop leaders, the 34th Yahşibey Design Workshop in Turkey gave a group of ten international students the opportunity to rethink their approaches to design.

Since 2006, designer and illustrator Emre Senan and Professor Ayşegül Izer, head of graphic design at Mimar Sinan Fine Art University in Istanbul, have been running these non-profit workshops under the aegis of the Emre Senan Design Foundation. International architects, fashion designers, industrial designers and graphic designers have donated their time to education, living and working with students for fifteen days in the remote village of Yahşibey on Turkey’s Aegean coast, in the province of Izmir.

According to Izer, ‘We hope to create designers who analyse problems from all aspects, seek answers and think independently, designers who are curious, extroverted and ethical in the professional and personal sense, designers who enjoy participation, have a high level of awareness and do not disregard the ecological and psychological consequences of design.’

In the summer of 2014, the designer and educator Gülizar Çepoğlu, who works in bothLondon and Istanbul, was invited to lead a workshop focusing on design activism. Out of 65 students who applied, five were invited to attend from the London College of Communication (LCC) – they came from the UK, Australia and Brazil – and five from institutions across Turkey, along with guest workshop leaders: design activist Tzortzis Rallis, design writer Sarah Snaith and designer Joseph Bisat Marshall. The aim was for the students, as ‘informed critical thinkers’, to examine the verbal and visual language of protest and think about what graphic design has to offer.

During last year’s anti-government protests in Gezi Park in Istanbul and across Turkey, protesters sought to reach an international audience and spread ideas that extended beyond a state-controlled view of the nation. Using social media, they showed that creativity can be a form of activism, in the shape of posters, banners, slogans, street art and photographs infused with strong messages and, often, a sense of humour. For students at the Yahşibey workshops, Gezi was an inspirational event, from which they learned to frame design within a wider socio-political context.

Greek designer Tzortzis Rallis comes from another country that has experienced political unrest, and he has also seen protest in London (where he is studying for his PhD at LCC) working as one of the designers of Occupied Times, the newspaper of the Occupy movement in London. He led a poster workshop at which students were asked to ‘familiarise themselves with social and political issues and exchange knowledge and ideological views’. They analysed slogans from Gezi Park, translating them into English and Turkish, and using them to form the basis of two posters – in strongly contrasting colours, blue and orange – that may become a newsprint magazine later on.

Resist Istanbul icon designed by Turkish student Ferhat Akbaba – a fist-bump that mimics the land masses either side of the Bosphorus. This version was made with dirt and stones.
Top: An installation in progress, led by Joseph Bisat Marshall and Sarah Snaith. 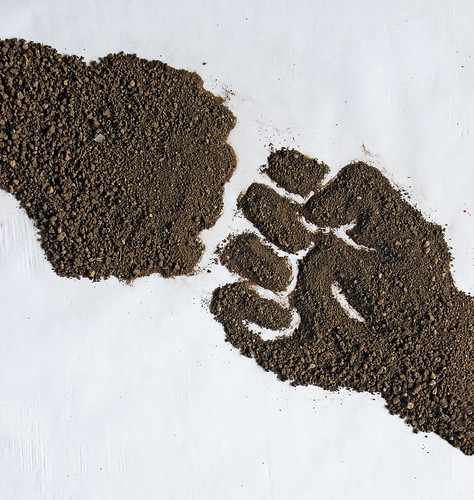 At the workshops they were leading, Joseph Bisat Marshall and Sarah Snaith set the students the task of writing and designing a magazine. Students from the LCC and Turkey were paired to interview each other about a subject they felt strongly about – climate change, human rights, democracy. When words failed, students used images and wrote down observations of their interviewee’s physical re-enactments of events. These were transferred to magazine spreads, which were designed using the limited materials available.

On day two, Marshall and Snaith asked students to frame a situation from their environment that would convey the idea of protest. This culminated in a student-led installation designed to articulate the crucial moments that had inspired each student to engage in activism.

With Gülizar Çepoğlu, students discussed reading and writing systems, looking at influences such as Mayan and Aztec glyphs, pictograms, ideograms and Egyptian hieroglyphics before embarking on their own activist icons, dingbats and gifs. They used materials such as dirt, twigs, newspapers, food items and their own bodies to collaboratively construct messages. Çepoğlu said: ‘It was intriguing to watch the disappearance of egos when faced with a common aim: constructing meaning to protest and oppose power structures.’ Dilşad Aladağ, a Turkish architecture student, responded with enthusiasm: ‘I really benefited from exploring the relationship between text and image, which involved being able to create a language using just symbols and images.’

It was not all work. There was time for play and sightseeing: one of the fortnight’s highlights was a tour of the ancient Greek city of Pergamon – which gives its name to parchment, supposedly invented there. In the evenings, everyone went to the beach to cool down from the intense Turkish heat, before resuming work at night.

The workshops are free for students. Ayşegül Izer said: ‘The first step to departing from the current education system enforced on students is to provide education to everyone equally and free of charge.’ However it is a condition that students devote a day during their stay to an activity that benefits local people. The students painted a bus stop with speech bubbles, encouraging villagers to leave notes inside the bubbles giving their ideas for improving the community.

The workshop closed with a presentation to design professionals and educators from nearby institutions and an exhibition of posters, dingbats, animated gifs, text and images, slogans and 3D objects. 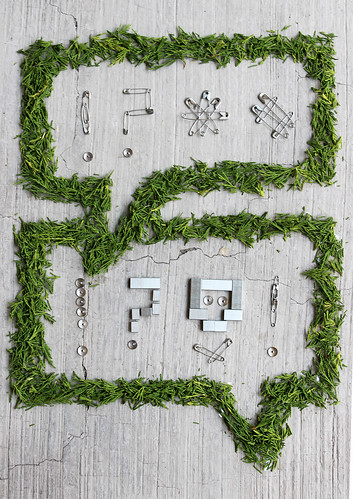