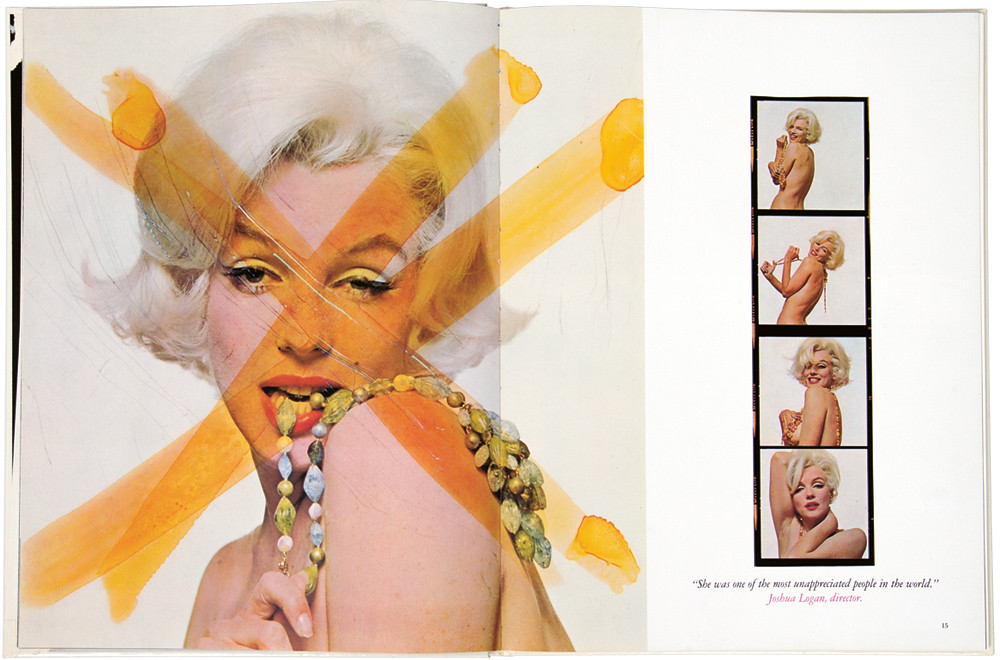 Early in 1962 Ralph Ginsburg, using the genuine town of Intercourse, Pennsylvania as a mailing address, sent three million letters to Americans ‘of higher than average income and intelligence’ to announce the publication of his quarterly Eros, a magazine ‘entirely devoted to Love and Sex.’

Consistent in form with the other hardbound magazines published at that time – Venture, American Heritage and so on - its content was revolutionary. Besides the learned introductions and publication of classical erotica such as the facsimile reprint of the Earl of Rochester’s seventeenth-century Poems On Several Occasions, Eros covered stories about sexual practices that were until then piously hidden from the public eye. Although there was hardly a hint of pornography in the writing about contraceptives, strippers, aphrodisiacs, brothels and ‘French Ticklers’, it was explicit enough to trigger fatally the puritanical reflexes rooted so deeply in American culture. Eros was beset by legal and financial problems. The magazine closed down after four issues, partly because it was so expensive to produce, but primarily because Ginsburg, as editor, was prosecuted and jailed.

Covers of Eros no. 1, spring 1962, and Eros no. 2, summer 1962.
Top: Spread from Bert Stern’s famous portfolio of Marilyn Monroe originally intended as fashion reportage for Vogue. The marks on the large photograph are Monroe’s own, scratched on to the film to indicate her disapproval of the shot. Eros no. 3, autumn 1962. 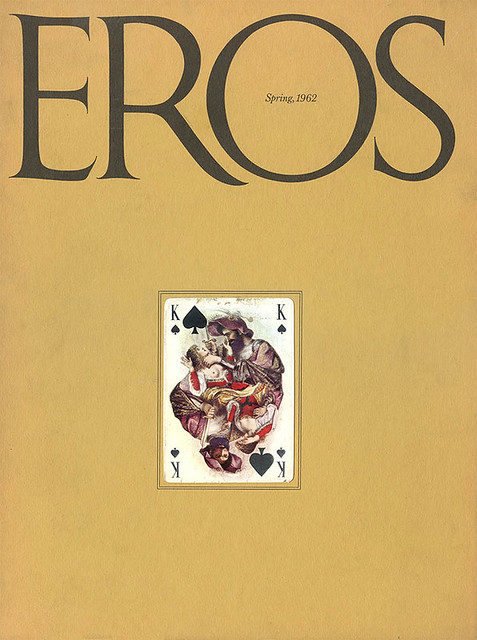 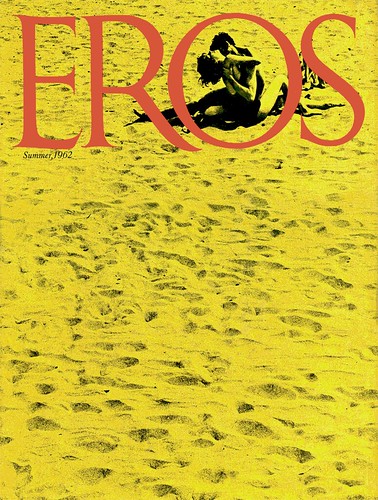 He was sentenced, not for the alleged pornographic content of his magazine, but because he had sent ‘prurient and pandering’ advertising through the mail, a federal crime in the US. The outraged recipients of his first mailing informed the postal authorities, resulting in nine months imprisonment for the editor.

Ginsburg, now working as a photographer, did pave the way for more tolerance. When Screw, a more explicit magazine of the late 1960s (and art directed by Steven Heller), was hauled before a federal court in Witchita, Kansas for the very same crime in 1974, it was acquitted.

Spread from ‘Black and White in Color’, a ‘photographic tone poem’ by Ralph M. Hattersley Jr. in Eros no. 4, winter 1962. The aesthetic content of these tender photos is enhanced further by Lubalin’s careful cropping and rhythmic layouts. This artistic effort did not prevent the piece from provoking a racist response. 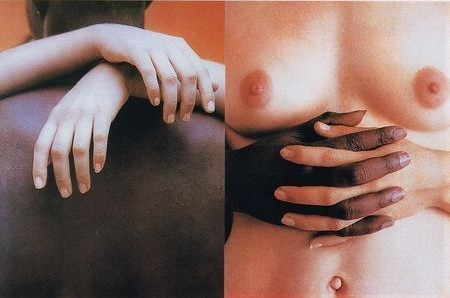 Probably the most ‘offensive’ thing about Eros was not its soft-core sex – though it was risqué at the time – but ‘Black and White in Colour’, photographer Ralph M. Hattersley Jr’s landmark ‘tone poem’ about interracial sex. In the early 1960s, black was not yet beautiful, and interracial sex was unlawful in many states. Ginsburg, formerly an editor at Esquire, really knew how to get at the heart of American taboos – the same, final issue of Eros featured an overview of ‘Love in the Bible’.

The four issues published in 1962 were art directed by Herb Lubalin, who often worked with Ginsburg. Lubalin had a liberal political streak, like many of the ‘Big Idea’ art directors in New York, but politics (especially revolutionary politics) was not his aim. He was a designer with a mission, and Eros (like his Avant Garde magazine several years later) was a great outlet for testing his design principles.

His bold and sensitive layouts for photographic portfolios are remarkable, featuring work by such distinctive photographers as Gary Winogrand and Bert Stern, whose legendary ‘last session’ with Marilyn Monroe, taken six weeks before her death, appeared in the third issue of Eros in the autumn of 1962. 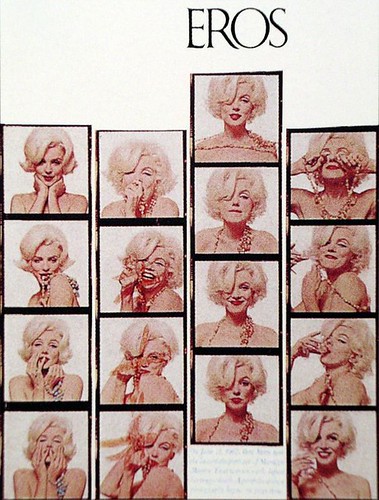