Football, politics and the mafia

The walls of Naples are a canvas for the crimes, passions and contradictions of the city’s inhabitants 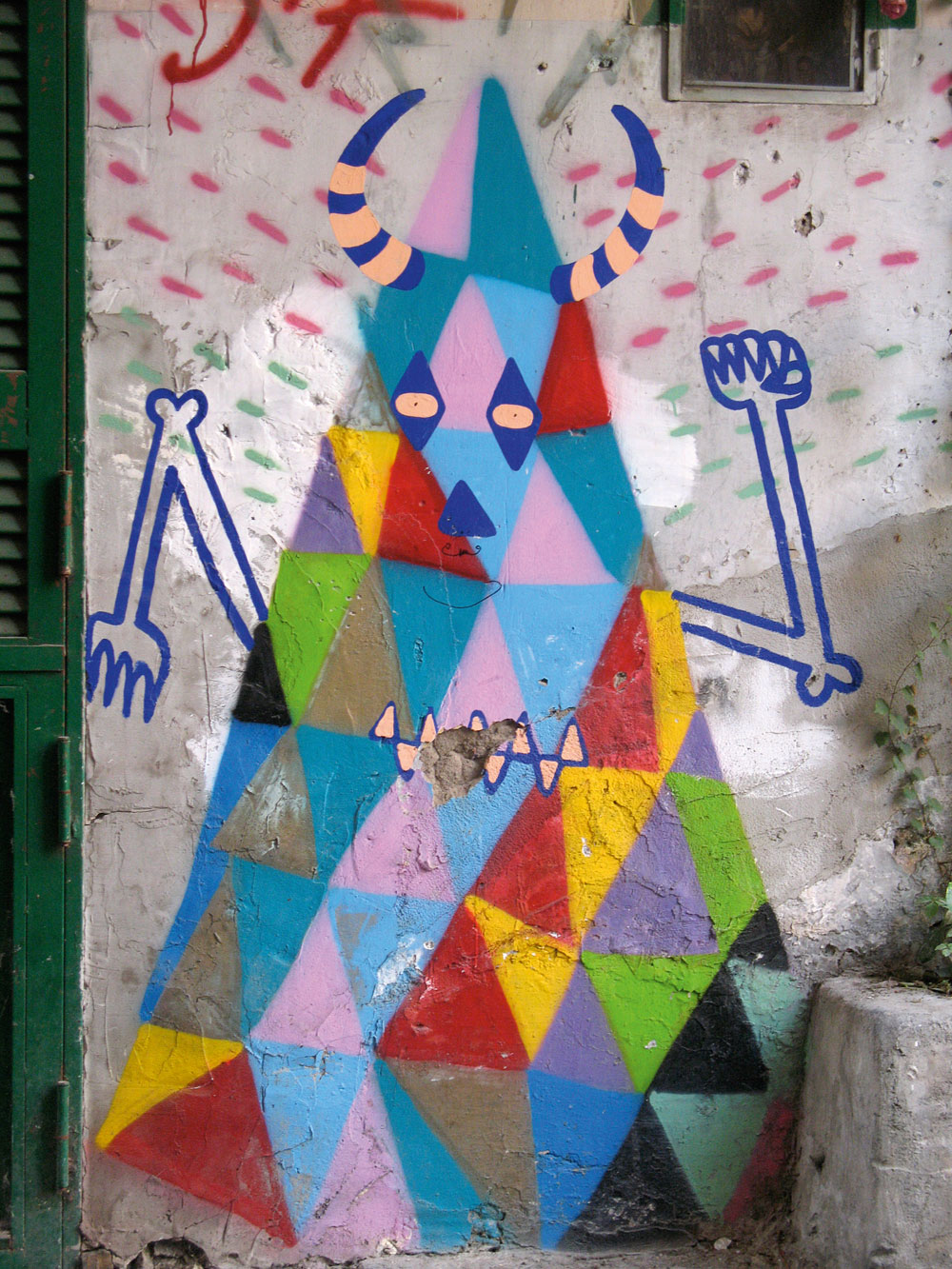 Rubbish, organised crime and football violence: you don’t have to read about the death threats against Gomorrah author Roberto Saviano for exposing the crimes of the Camorra mafia, or Italian prime minister Silvio Berlusconi’s troop reinforcements to understand Naples’ tragic dramas: the stories can be read on the city walls.

Most conspicuous are those from the rival clans of tifosi (football fans), whose graphics reveal a diligence at odds with their lawless reputations. The artists of Brigata Carolina, Teste Matte and Mastiffs appear to act with impunity, lately extending their canvas beyond their usual territories, the Mastiffs even spraying a six metre tag in Fraktur script across the Academy of Arts.

Anti-mafia investigator Franco Roberti claims the violent factions of ‘ultras’ (hardcore fans) act as a kind of proxy for Camorra clan battles. The Recall, a group that aims to confront the mafia mentality with its own graphic interventions and oppositions at street level, describes this Arte Ultra as ‘a mirror of the fragmentation and suffocation of the Camorrista system’.

But it is hard to know how sinister these public youth brands really are. In a city where more than half the young people are unemployed, and where mafia business spreads like smoke in a bar, it is impossible to disentangle the forces at work. ‘There have been stories of Camorra infiltration of the ultras gangs, but it’s probably just young toughs doing what they do best by engaging in a bit of hooliganism,’ says John Dickie, author of Cosa Nostra: A History Of The Sicilian Mafia. 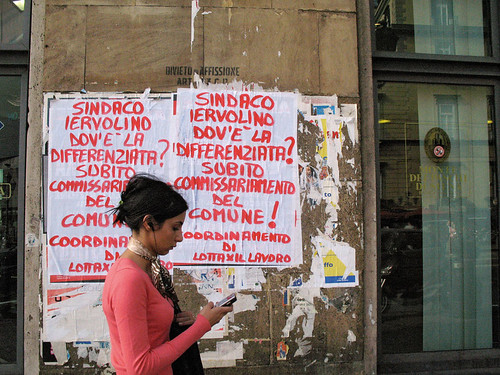 Back at street level, the anger continues. Everywhere you look there are hand-painted posters purporting to represent the proletariat. Fresh red paint gives these an immediacy surpassing that of any stencil art or spray paint. New posters appear on a daily basis, with statements such as ‘Naples is a rubbish dump’, ‘Repression and militarisation: this is the time of Fascism of Berlusconi’s government’, and attacks on the ‘ministry of swindles’ supposed to be providing jobs for ex-prisoners released on an amnesty. ‘The problem is that such groups in Naples have a bad reputation,’ says Dickie. ‘They are often just lobbies trying to pressurise local politicians into giving them favours in the form of jobs, rather than having a genuine ideological motive.’

Yet the towering stone walls of this medieval Manhattan bear another dialogue, that of its street artists, most visibly Cyop & Kaf and Diego Miedo who employ techniques of hand-painting, stencilling, photocopying and wheatpasting. 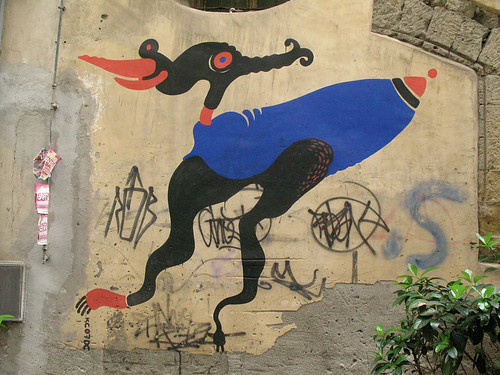 Miedo’s creatures, half-human, half-bird, with Miro-esque forms and features, wrap their optimistic primary colours across the mess of human expression that went before, obliterating scribbles or an ugly stretch of concrete to make a bold graphic statement. Sometimes the statement is overt: a bird called ‘power’ spits out a dollar; ‘Consumerism kills you and your loved ones’. Sometimes we are left to consider the symbolism of tortured, disjointed parts. Miedo’s intentions are gentle yet ambitious: to tell the people of Naples that ‘there is something that goes beyond the guns, the drugs, the motors; something made of colours, expressions, to stay together and help each other’.

Crisscrossing the steep gradients of the Quartieri Spagnoli there was not hostility but greetings, and a real sense of the substance of life, from the washing that hangs over the streets down to the family meals enjoyed in the bassi dwellings. While corporate brochures are decorated with cool, gritty photography to compensate for bland realities, Naples has the real thing. As one painting by Cyop & Kaf states: ‘Utopia, Death.’