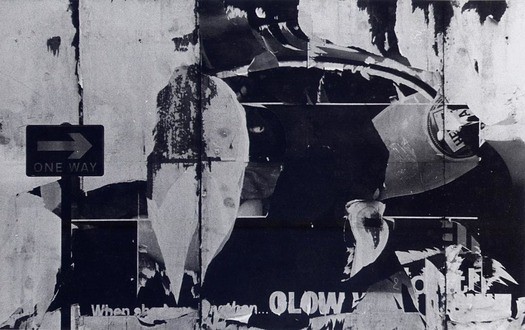 To the graphic design students at the Central School of Arts and Crafts in the early 1950s (of whom I was one), Herbert Spencer appeared both as a paradox and an enigma. This quietly spoken man who conversed with us in a low, unemphatic monotone was also the author of the groundbreaking Design in Business Printing (1952) and the founder of Typographica (1949-67), the highly influential journal he edited and designed throughout its eighteen-year life (see Eye no. 31 vol. 8). It was difficult to equate the diffident teacher with the decisive author / editor / designer – how could they be the same person?

The paradox was all the more pointed when comparison was made between Spencer and two fellow teachers in the same department of the Central during the crucial years 1952-53. One was Anthony Froshaug, a full-time senior lecturer, who was as incisive and eloquent as Spencer was unassertive and constrained; the other was the head of the Department of Book Production and Graphic Design, Jesse Collins, an inspired teacher whose devotion to his subject was immediately infectious and was matched by his affectionate concern for each one of his students. In spite of Spencer’s impressive appearance (a thatch of flaming red hair, a natty bow tie, a mysteriously aristocratic manner), he tended to be upstaged, though unwittingly, by his more dynamic colleagues.

Yet this was illusory. Already, at the age of 28, he had moved from a two-year spell with London Typographic Designers to his own successful freelance practice; had travelled extensively in Europe, meeting many artists, designers and architects, among them Rudolf Hostettler, editor of Schweizer Graphische Mitteilungen, the typographer Max Caflisch and the sculptor / painter / graphic designer Max Bill; had launched Typographica, with the blessing and financial backing of Peter Gregory, chairman of Lund Humphries, the publishers and printers with whom he was to maintain a long and fruitful collaboration; and had recently had a book, Design in Business Printing, published by Sylvan Press. To the intense irritation of the traditionalist printing industry in Britain and the great joy of the younger generation of graphic designers, he was the uncompromising champion of asymmetric typography, of which his periodical and book were admirable examples. It is difficult, 50 years later, to estimate the effect of his views on such senior figures in British typographic design as Stanley Morison, who had declared in 1936 that the design of books ‘required an obedience to convention which is almost absolute’, and had not seen fit to amend that view in the intervening years. But there can be no doubt that Herbert Spencer led the campaign – it could almost be called a battle – to assert for English-speaking readers the principles and practices of the New Typography that had emerged in Germany in the late 1920s and were now firmly entrenched in postwar Europe, especially in Switzerland and the Netherlands.

The paradox did not end there. At the same time as Spencer was championing, especially in his book, a new orthodoxy, he was pursuing a personal interest in Dada, Futurism and Surrealism, in concrete poetry, and in photographs of the odd, inconsequential and random imagery to be found in the street. In the pages of Typographica, especially the second series (1960-67), his own and others’ photography of such subjects appears alongside more sober assessments of typographic work – a true reflection of the contrast in his own work. Though his own photographic excursions had to be curtailed by pressure of work in his graphic design studio, new responsibilities in publishing (he took on the editorship of Lund Humphries’ Penrose Annual from 1964) and the assumption of a senior research fellowship at the Royal College of Art in 1966, that interest surfaced again in one of his last works, Without Words (1999), a privately distributed portfolio of 32 photographs printed on the occasion of his 75th birthday. And for all his would-be serious demeanour on official occasions, a taste for the quirky, the incongruous and the unpredictable always lurked beneath the surface, signalled by an irrepressible chuckle. I recall an incident in 1967, when he was chairing a session at a well meaning but long-winded conference in New York on the subject of ‘Design for Survival’, at which I was to deliver an equally well meaning and long-winded paper. After Herbert had introduced me to an audience of some hundreds, I decided to throw caution to the wind along with the text of my paper and play it for laughs. As I did so, egged on by laughter from the audience, I imagined him behind me, looking grave and probably disapproving – until I heard some choking sounds which told me, to my relief, that he was unsuccessfully trying to conceal his own hilarity. Herbert could rarely resist an opportunity for humour.

The enigma of the man was related in some sense to his origins. To us students in the early 1950s he had the air of an Oxbridge don: self-deprecatory yet erudite, someone who knows his way around, who is used to consorting with the good and the great. That this was not the case – he had not enjoyed the advantages of higher education, let alone a familiarity with the pleasures of the Senior Common Room – was due, not to any deception by Spencer, but to our misreading of his natural reserve and air of polite detachment. Furthermore, I don’t think we were aware how young he was – not much older than the greater number of us who had returned to studies after two years as conscripts in the armed forces – and guessed he was in his late thirties rather than his late twenties. He chose never to enlighten us, then or later, about his early years (and why should he?) so we made our own assumptions. I’ve no doubt he would have been amused at them.

But there is, I think, more to this enigmatic aspect of Herbert Spencer than mere student fantasising. For example, was he as unruffled by the cut and thrust of the infighting at the Royal College of Art as he appeared to be? By the time he assumed the post of Professor of Graphic Arts in 1978, one might have thought he was thoroughly familiar with the scene and able to fight his corner, whether at meetings, at one-to-one confrontations or through memos, with the best (or worst) of them. But no, he remained an innocent, liable to be outflanked with ease. Eventually, by early 1985, Spencer found himself in a no-man’s-land between students with whom he could not, by his nature, confide and a top brass who were forever chivvying him into yet more, to him, meaningless meetings. He was then only 60, and might well have expected to have been in post for at least another five years; but it was not to be. As a visiting lecturer in graphic information at the RCA from 1978 to 1987, I knew how much it meant to Spencer that he could infuse some of the seriousness of purpose which he had brought to the college, and which had been made manifest by his book The Visible Word (1968), into the wider arena of the School of Graphic Arts. I felt strongly for him that this did not come to pass as he wished. Nor, for that matter, were his successors able to dispel the persistent dilettantism that so besets that school.

But this is not to denigrate Herbert Spencer’s great achievements, which were his invaluable publications, his championship of purposeful, dedicated work in graphic information, his alter ego as a perceptive photographer, the warm humanity that shone through his natural diffidence, and his continuing support, moral and practical, of those younger people with whom he felt affinity and affection. I, for one, will always feel deeply grateful to him for this last and I know that there are many others who would say the same (but how embarrassed he would be at such revelations, the dear, shy man).

He was a rare spirit. There are very few like him. I miss him.