‘We work in the entertainment world where there are always a lot of time pressures. It’s a priority to manage stress and make sure people are fulfilled.’ 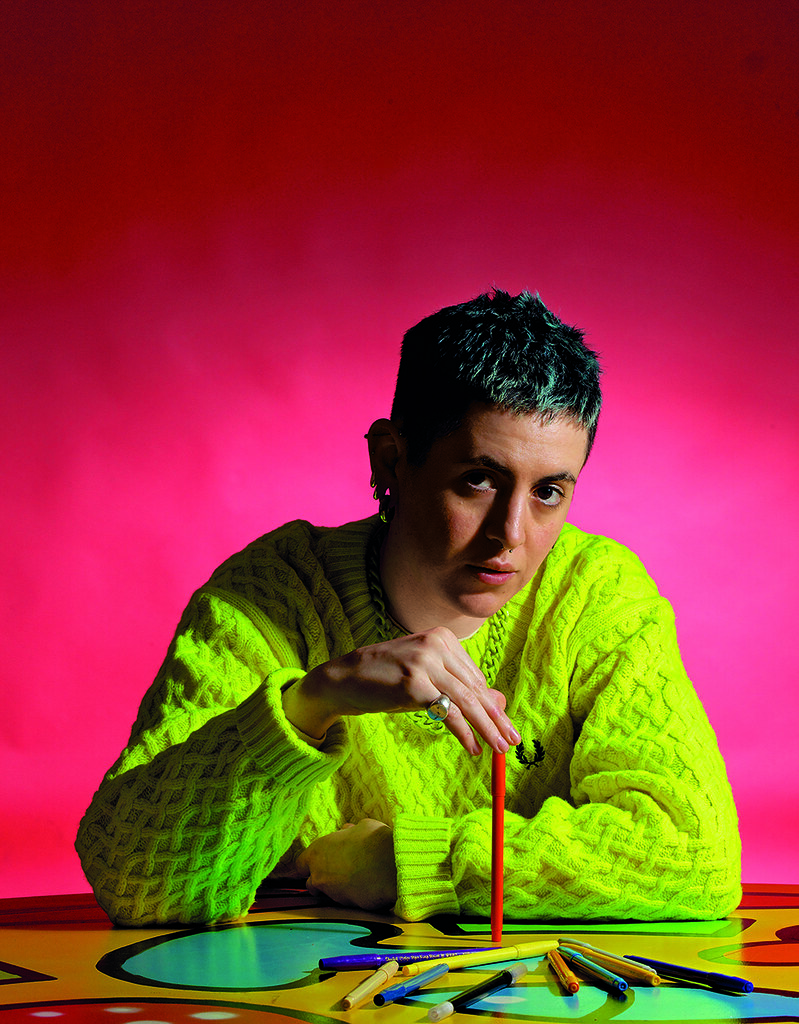 Kate Moross (pronouns they, them, theirs) started making work for the music business while still a student, designing record covers, posters and live visuals for acts such as HeartsRevolution, with whom Moross toured the United States. In 2007 they founded Isomorph Records, a vinyl-only label self-described as ‘the world’s first art-driven record label’. (See Eye 76.) Moross founded Studio Moross in 2012 and published Make Your Own Luck, A DIY Attitude to Graphic Design and Illustration (Prestel) two years later. The studio, which has grown to a team of around ten, has established a reputation for warm and inventive music graphics for current pop artists (Anne-Marie), festivals (Parklife) and established stars (The Spice Girls), devising a broad array of visual assets – from YouTube videos and posters to flyers and giant stage sets. Other recent projects include work for The Depot (Mayfield), a Manchester club for The Warehouse Project; identity design for the BFI’s Flare Festival 2020 (for LGBTQ+ films); and animated titles for All That, a sketch show for US children’s broadcaster Nickelodeon. Other clients have included Nike, Billie Eilish and MTV. Moross has continued to make ‘solo’ work, including hand-lettered journals for Moo and a ‘live mural’ in Singapore for Uniqlo.

Eye How do you distinguish between Studio Moross and Kate Moross?

Moross It’s nice to do both, but my role here has shifted so many times in the past few years, from illustrator to designer to creative director, etc. When it’s a big project like a festival or a tour, sometimes I have to step back from projects and let others do the work, sometimes I’m hands-on.

Do you actively seek out young designers to join you? What do you look for?

I’m always recruiting! But I’ve stopped using terms like ‘young designers’. There are so many different talents you need and you can get them from all ages and types. I have to be open-minded, and I’m looking for people who are open-minded 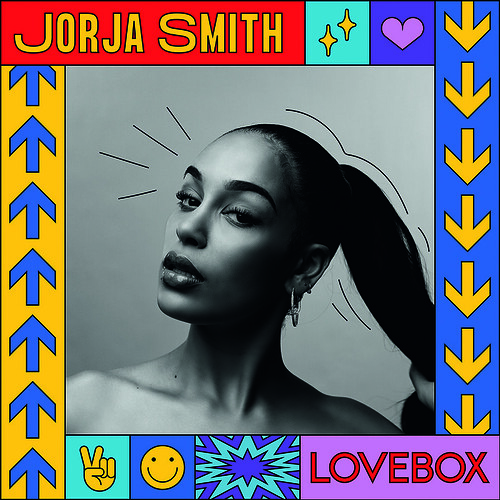 Do you aim to hire people like yourself, with a gift for lettering and illustration?

Sometimes it’s better to hire people who are better at lettering than me!

How do you organise your team?

There’s so much value in working in teams; teams are so complex, and you benefit from the ‘hive mind’. We’re trying to adapt to what employees need in 2020-21, so we’re going to a new system where people can work remotely one day a week. [NB: this was before Covid-19 obliged nearly everyone to work remotely.] There are lots of benefits to being an employee rather than a freelance – for instance if you need a visa, or a payslip when you’re buying or renting, or if you have a family.

When I called last week, you were on a mental health First Aid course. Why do you believe this is important?

My priority as an employer is that everyone is well and enjoying their work life. We send people on First Aid courses, why not do the same for mental health?

T-shirt design and marketing assets for the Uniqlo Love and Mickey Mouse collection and campaign, 2018. Design by Studio Moross. 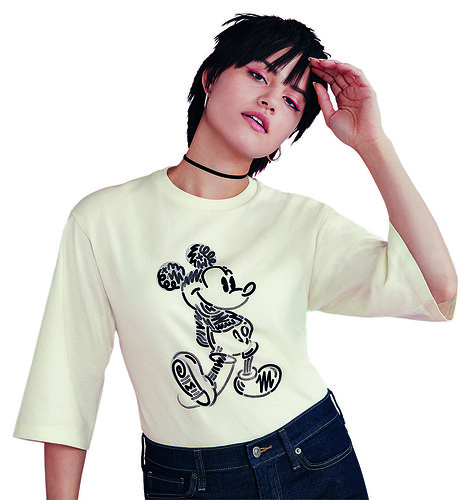 Do you think the creative industries are particularly stressful?

Capitalism pushes everyone. But there’s a difference between pressure and stress. We work in the entertainment world where there are always a lot of time pressures. It’s a priority to manage stress and make sure people are fulfilled.

You don’t make much money from the music business, so we have to be shrewd about doing things efficiently and fast. We have to be very creative and work off the cuff. That means you don’t always have time to refine what you do.

When I was doing a [graphic design] panel in Manchester, Peter Saville (see Eye 17) told me that ‘music will fall out of love with you.’ But that era of being paid a lot of money for an LP sleeve has gone. We’ve had to expand the horizon of what music design is. 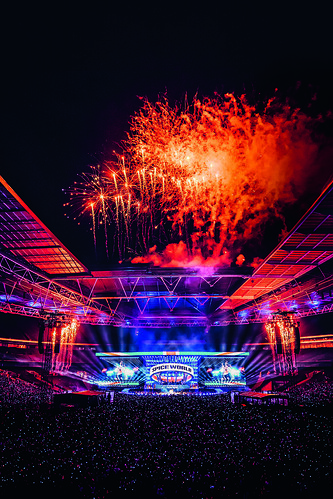 Is the work different when the client is a festival rather than an artist?

Parklife has been a client for the past five years. They trust me and the studio to produce work, and each year it has to be better. The designs’ effectiveness, in terms of ticket sales, etc., is very measurable. Another big part of our business is working for US companies such as ViacomCBS and Nickelodeon. We’re faster and cheaper than our rivals in the States; the value of the dollar has gone up a lot; and we make the time difference work for us. Sometimes we find we’re competing with the big beefy production companies in Soho, and yet we’re just some kids in Stockwell, in south London.

Tech makes it possible – the ability to share files and have conversations. Most of the time we work remotely. In our first year of business we had a burglary and lost lots of equipment but we didn’t lose any work because everything was stored online. I can be anywhere in the world and access the work via my phone.

What’s your attitude to the way things are shaped by software?

We’re still all bound by the monopoly of Adobe … I wish it was more accessible for emerging talent. I’m always trying to keep up, though I’m not an expert on anything. I don’t have time to advance the skills I had when I was younger … I’m more into selling ideas to people, and I love editing and compositing final work. Although the team do a lot of the work, I still make stuff. When I go on the road for a tour, I’m not just pointing!

What’s been your favourite project?

The Spice Girls tour. It was three times bigger than anything we’d done before. We got so many extra people in here that we had outside catering. It was a big tour playing to anything from 70,000 to 90,000 people a night – one of the biggest tours of the year, attended by something like 700,000 people. All a bit different from when I used to rock up to a gig at Manchester Uni with a bedsheet and a projector showing gifs.

I also like it best when we’re working across an entire music campaign, like the one with Anne-Marie. 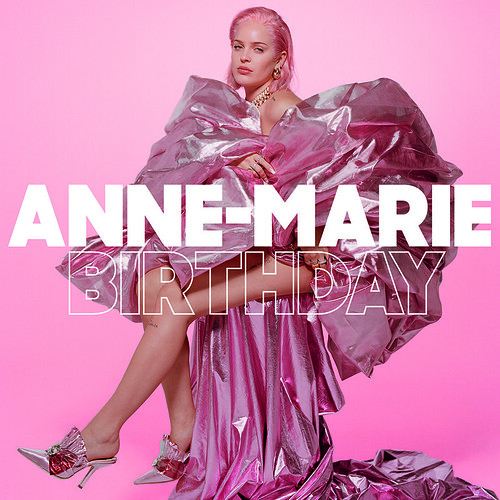 Is sustainability and climate change something that is affecting how you run the studio? And has that become an issue with clients and collaborators?

We do very little physical work, so print is low down on our list of outputs, but we do work in TV and touring, which are wasteful pursuits, and we’re seeing big changes and reductions in waste with suppliers we work with. We also campaign – like our recent work with Pentagram for the ‘O.O.O for the planet’ gif and logo we designed for them.

You have made it very clear that you should be referred to by the pronouns ‘they / them / theirs’. Has that been an issue with clients and colleagues?

Yes – it’s easier to get a client to pay their invoice than to use the correct pronoun! 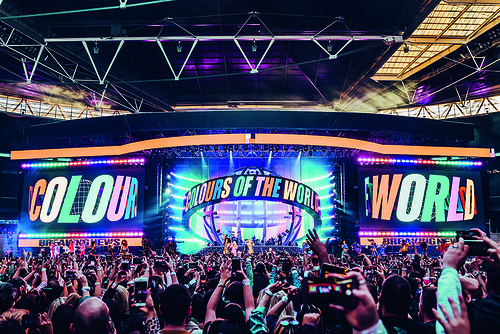 studiomoross.com
ariesmoross.com
‘Every shop is a gallery’ by Kate Moross in Eye 76, music special issue