Return to the square 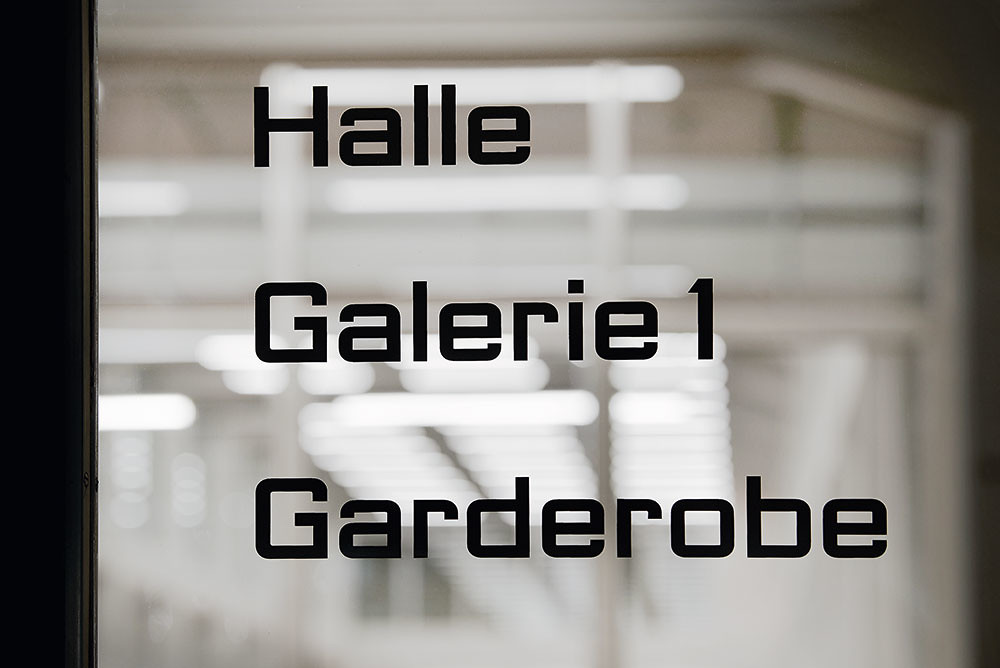 Rektorat is a type family that Rudolf Barmettler and the Swiss type foundry Nouvelle Noire have made from an alphabet of square-ish, geometrical letters most likely designed by designer and teacher Ernst Keller (1891-1968) in the early 1930s. The letters were first used for the Modern Movement building in Ausstellungsstrasse, Zürich, that held both the Kunstgewerbe-schule (school of arts and crafts) and the Kunstgewerbemuseum – now known as the Museum für Gestaltung (MfG).

Keller designed the big relief capitals for the building’s façade, on which the word ‘Kunstgewerbemuseum’ was broken by the city’s coat of arms. The single word ‘Museum’ is on a side wall. Keller made similarly geometric letters and numbers for the Züga, the Zürich Landscape Gardening Exhibition in 1933. The upper and lower case letters, numbers and wayfinding throughout the museum building show his influence.

In 2001, when builders started to renovate doors and rooms in the building, they discovered some of the original signs featuring these distinctive letterforms. The Museum contacted Rudolf Barmettler, the in-house teacher for typography, to see if he could make the surviving letters into a typeface that would work alongside the existing signs in the building. Barmettler sketched, studied and traced these forms and made them the subject of a student workshop to design a typeface based on the letters. In 2003 Barmettler’s colleague Reinhard Haus digitised the letters and made a new type family, named Square, that was used for classroom numbers and door signs in the school with the help of students from F+F Schule and HGKZ (now ZHdK) in Zürich.

When the overall refurbishment of the building took place in 2016-17, the MfG’s management commissioned Rudolf Barmettler, who decided to do the project together with Nouvelle Noire (a foundry formed by designers Clovis Vallois and Anton Studer) to refresh the lettering used both inside and outside the building. For the façade the designers had to design capitals that did not appear in the original title, such as ‘F’ and ‘A’. Fortunately the two titles were similar in length, and the new, illuminated letters complement the Steger / Egender building as if they had been there all along. The exterior letters have some familial similarities to the interior ones, but they are bolder, and some characters have completely different shapes. ‘The inner radii of the letters are rounder than those of the interior letters,’ says Nouvelle Noire’s Studer.

He notes that Keller’s logotype for agricultural supplier Samen Mauser and railway station sign for Bahnhof Wiedikon in Zürich have similarities. ‘These characters are based on geometrical forms. Sometimes the characters are rounder; sometimes they are more squared,’ says Studer.

Studer worked with Barmettler to draw a new type family based on the interior letters. ‘During the renovation, new samples were found behind plaster which gave us new insights,’ says Studer. The building’s original 1930s letters contained some eccentricities: the lower case ‘a’, for example is in two forms, one ending in a ramrod-straight horizontal stroke, and the other more closed form ending in a short upwards curve.

There are similar differences in the letters ‘c’, ‘e’, ‘g’, ‘s’ and ‘y’; in upper case ‘C’, ‘G’, ‘J’ and ‘S’; and in the upper stroke of the question mark. When Barmettler and Nouvelle Noire examined the building’s original enamel boards they discovered that both forms might be used within one word. 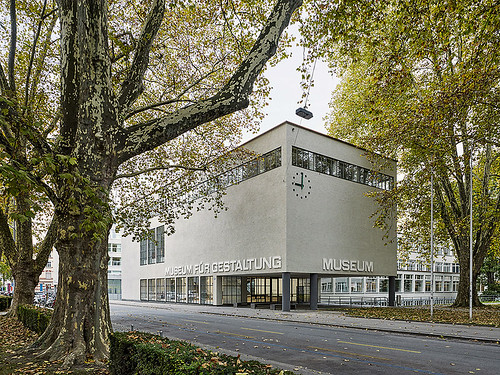 Vallois and Studer call the alternate style Rektorat Re, named for the curved ‘returns’. Studer says: ‘We thought a lot about the name of the style variation, and because they are not intended for a specific use, we decided to create something new.’ The new family contains seven weights, from Hairline to Heavy in each of the two styles. The final design is credited to Rudolf Barmettler, Anton Studer and Ernst Keller.

For the signs and wayfinding in the building, Nouvelle Noire used a customised version of Rektorat, taking great care with the kerning. ‘We knew the sizes and all the words that had to be painted on the wall,’ says Studer. ‘Therefore we printed every word in its original size and adjusted the kerning according to its context.’ He gives the example of the room numbers ‘308’ and ‘303’: ‘The “0” stands closer to the “3” if the following figure is an “8” than if the following figure is a “3”. About 500 different numbers and terms were used in the building, so we worked for a while on that!’

Rektorat serves both as a historical revival and a functioning geometrical typeface family with the potential to go far beyond Keller’s original purpose and the Museum’s original brief to Barmettler. An early enthusiast for the typeface is Anette Lenz, whose ‘Trans-missions’ brochure designs for the Sep-Feb 2018-19 season at MAD (Musée des Arts Décoratifs) in Paris makes handsome use of the unusual ligatures the designers added to Rektorat. These include ‘es’ and ‘en’ in the horizontal, non-‘Re’ style. ‘We decided to add those ligatures,’ says Studer. ‘They fit well and add a surprising feature to the type family.’ It was always their ambition that Rektorat should have aspects that make it more than a revival.

The typeface is also discussed in a recent book about Ernst Keller called No Style (Triest) by Peter Vetter, Katharina Leuenberger and Meike Eckstein. No Style argues that Keller, despite his unsought reputation as the ‘father of Swiss style’, designed and taught without style, and that his combination of ‘non-conformity and openness with tradition and rigour’ made him an inspiration for his pupils, famous or otherwise. The book includes a short essay by Barmettler about Rektorat’s origins in the museum and school where Keller taught.

‘For Rektorat, Barmettler had the type director’s role and the last word,’ says Nouvelle Noire’s Studer. ‘We developed the whole family, drew the characters and defined the weights, etc., but regularly sat together with him. He added suggestions, made corrections and optimisations. Every detail was controlled by his eyes and once it was perfect, he gave his approval.’