Adventures in motion pictures. ‘This is reality’

Tim Hetherington and Restrepo, the prize-winning documentary he made with Sebastian Junger 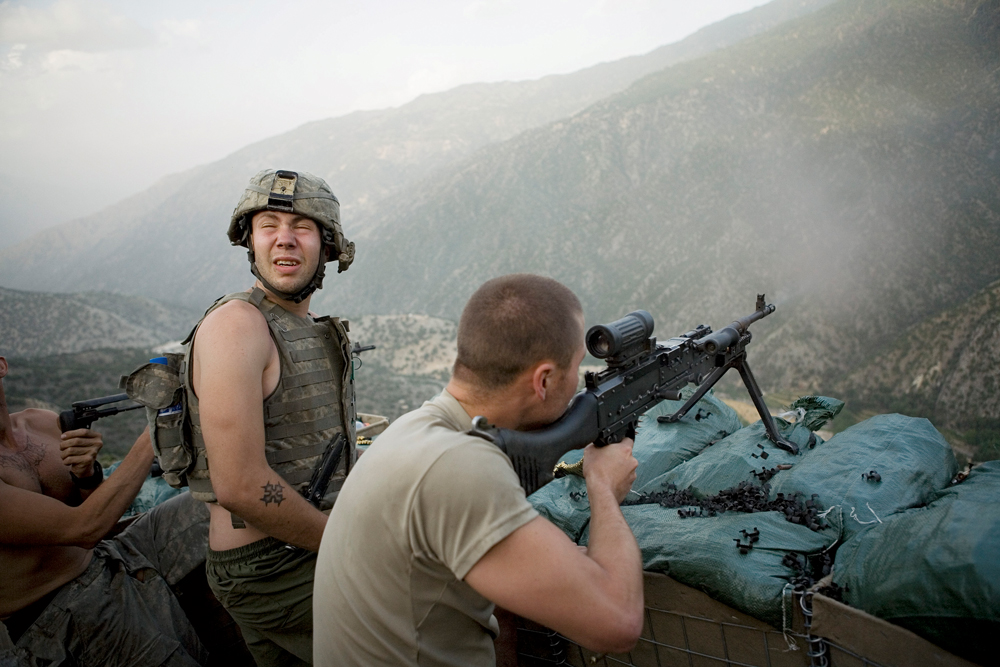 Restrepo, 2010, directed by Tim Hetherington and Sebastian Junger, is a full-length documentary that aims to capture the experience of combat through the eyes of a platoon deployed in Afghanistan’s Korengal Valley, considered one of the most dangerous postings in the US military. Their intention was to capture the experience of combat through the soldiers’ own eyes: ‘We did not sit down with their families, we did not interview Afghans, we did not explore geopolitical debates. Soldiers are living and fighting and dying … in conditions that few Americans back home can imagine. Their experiences are important to understand, regardless of one’s political beliefs. Beliefs are a way to avoid looking at reality. This is reality.’

The film received the Grand Jury Prize for best documentary at the 2010 Sundance Film Festival.