Spin’s founder, the subject of Reputations in Eye 86, talks about his passion for poster collecting 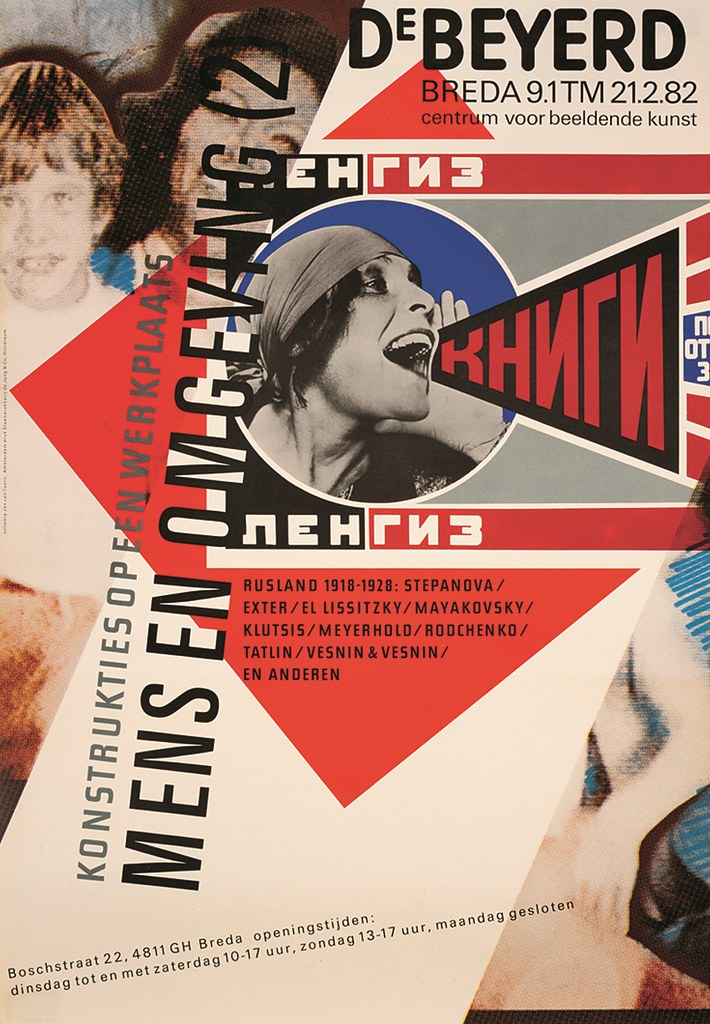 I have, it seems, collected graphic design in one form or another from the age of six onwards. Stamps were followed by beer mats; second-hand Penguins by punk singles.

The college and dole years forced a brief hiatus but employment brought first and limited edition novels, scarce volumes of poetry and volumes on art and photography.

Mark Holt, founder member of 8vo, publisher of Octavo, and an avid collector of graphic ephemera and posters, was the spark for my interest in posters, design magazines, books and so on. He came to visit Spin with some samples from his collection. As he laid out a selection of Crouwel, Gerstner, Aicher and 8vo posters on the studio floor, I was utterly bowled over. I found the scale, the colour, the graphic power of these posters ‘in the flesh’ to be irresistible. Work that I had formerly known only as thumbnails were massively enlarged and rendered in dazzling colour. Reason went out of the window!

Mario Sironi poster for Stedelijk, 1964. Design: Will van Sambeek. Tony Brook: ‘I bought ten of (the sadly neglected) Will van Sambeek’s posters, mostly unseen, at an auction in Holland as a job lot. I managed to locate him in Amsterdam and went to meet him, he’s a lovely man.’
Top: poster for ‘Mens en Omgeving’ [‘Man and Environment] exhibition in Breda, 1982. Design: Jan van Toorn. 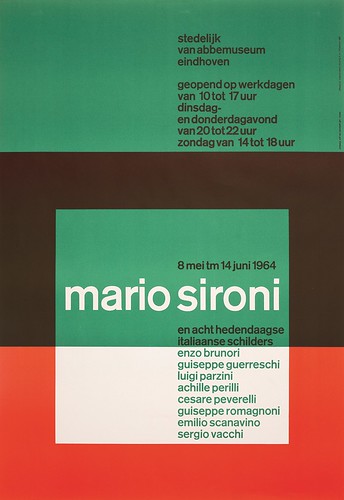 I now have a fairly substantial collection. My taste is broad: Garrett and Grapus, Van Toorn and Vieira, Müller-Brockmann and Müller + Hess … they all have a place in my world.

I don’t collect period so much as impact. I like provocative posters that challenge me. I like to have an active relationship with the work I collect. I see many contemporary pieces that I covet, but it can be difficult to get hold of them, so it often means ringing designers up and begging. This is probably quite fortunate as I haven’t that much wall space left!

39. Poster designed by Grapus for their own Paris exhibition, 1982. Brook: ‘The Grapus members were heroes of mine at college (and still are). I bought this poster from an online poster seller in Switzerland. It is a brilliant, provocative image that shows them at their irreverent best.’ 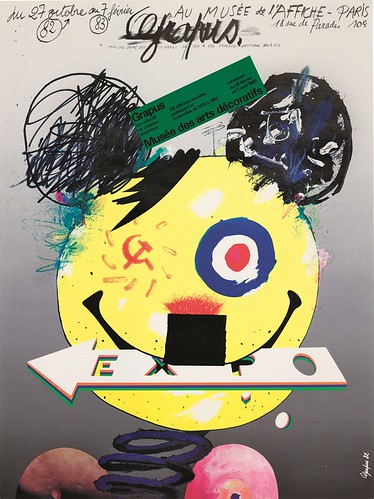 This piece is a sidebar to ‘Reputations: Tony Brook’ in Eye 86.

Eye is the world’s most beautiful and collectable graphic design journal, published quarterly for professional designers, students and anyone interested in critical, informed writing about graphic design and visual culture. It is available from all good design bookshops and online at the Eye shop, where you can buy subscriptions and single issues. You can see what Eye 86 looks like at Eye before You Buy on Vimeo.