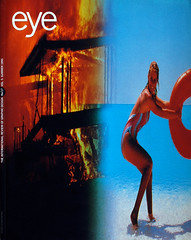 Reputations: Peter Saville
Rick Poynor
‘This is a post-design era. It’s deliberately going against all those things that were canonised in the 1980s and are now exhausted.’
Ales Najbrt [extract]
Michael Horsham
Soiree in the ruins
Cyan [extract]
Michèle-Anne Dauppe
Form + Zweck, the Berlin design magazine, champions a critical Modernism. By refusing to compromise, its designers, Cyan, have created their own context 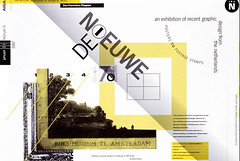 Lucille Tenazas: Layers of language
Teal Triggs
The work of San Francisco designer Lucille Tenazas lies somewhere between the rigour of design and the freedom of art. Tenazas believes it is possible to solve the client’s communication problems, while also addressing her own
Advertising: mother of graphic design [extract]
Steven Heller
The word ‘advertising’ makes designers cringe. But it is central to the profession’s history and practice
The new sobriety [extract]
Carel Kuitenbrouwer
During the 1980s the Netherlands looked like a graphic designer\'s heaven. Government subsidies allowed cultural work to flourish. Commercial clients backed experimentation seemingly without question. But the 1990s finds young Dutch designers beating a retreat.
This is not a plane crash [extract]
Ben Tibbs
We already know the camera can lie. Now digital technology has broken the photograph’s link to a moment in time, will we ever be able to trust photography again?