This is not Mexico

We would like to respond to the article: ‘This is 1968…this is Mexico’ (Eye no. 56 vol. 14, Summer 2005.) As director of the Urban Design Program [Eduardo Terrazas] and director of publications [Beatrice Trueblood], respectively, from the autumn of 1966 through to 1969, we were the only two people responsible for what became the Mexico 68 Image Programme. In turn, we hired and directed some 350 people who worked in our two closely coordinated departments.

Please consider the following errors, omissions and faults in perception or interpretation of information on the part of your writers.

Mexico 68 went far beyond a ‘graphic’ identity and a system of communications. It neither was, nor is, a logo, some symbols and an alphabet. Our main object and goal was to use this opportunity to present Mexico’s vast and unique culture to the world.

Major credit goes to Pedro Ramírez Vázquez for staging the Olympics. But Ramírez Vázquez had his plate more than full, slaying national and international ‘political’ dragons. So he trusted the two of us for our many talents and organisational capabilities.

It was clear to us that this image required a system of appropriate design elements to be used on all occasions, that entailed producing a unified and intelligent image. The fact that it all had to be done in less than two years left little room for uncertainties, discussions or ‘sleeping on it’.

A major challenge was to find the perfect balance between the Mexican and the international, as well as the traditional and the modern Mexico, a country with a rich cultural past that had never attempted to create a major international programme of this nature.

There were no Huichol Indians involved. Alfonso Soto Soria had nothing to do with the image programme. He did take our designs and have the Huicholes imitate them on the tablitas. How can it be said that an Indian, who lives in isolation by choice in the mountains of Jalisco and Nayarit, with his own perception of the universe, who does not know what a logo is, could have created something as complex as an international image programme for a country? The geometric development of the logo speaks for itself, as a modern, contemporary design that an Indian could never create. It is a major disservice to Mexico, to limit its vast, 4000-year culture (pre-hispanic, colonial, modern) to Huichol designs on wooden boards.

Enrique Alvarez del Castillo, CEO of the Organising Committee, has written: ‘Perhaps the most important instrument of the Program of Olympic Identity was the material produced by the Publications Department of the Organising Committee.’ To enforce the unity and the unique, coordinated vision that made this programme a success (there was no time for planning or manuals), everything was selected, directed and approved by Trueblood, the director in-chief of the publications department, the major vehicle for creating and producing all the materials for our Mexico 68 image. She was the first person brought in from New York. Her department, with an international team of some 250 writers, designers, photographers and production people, during the following two years created 842 publications (pamphlets, bulletins, posters), in three languages: more than 16 million copies.

There is a confusion between talking about graphic elements and an identity programme for a country at an international level. Currently applied concepts, techniques, procedures and terminology, some 40 years ago, in 1966, were not a part of our vocabulary.

A major component of the identity programme was the twenty parallel cultural events, included for the first time since ancient Greece. This took the Mexico 68 Olympics and its image out of the realm of sport and placed it on the level of world culture.

Ignoring the structure and role of the Olympic Committee in promoting and propelling our programme out to the country and into the world is a failure to realise the scope of the identity programme from an operational point of view. Of our 350-person team, we were the only link to the Organising Committee – and indeed Ramírez Vázquez. If you limit yourself to writing about the graphic elements of logo and symbols and alphabet, you are not talking about the Mexico 68 image programme as a whole.

Jesús Vilchis never worked for Terrazas and Trueblood, nor had anything to do with the creation of the sports symbols or the image programme. The idea of using the ‘tool’ of each sport as the basis for the symbols belonged to Terrazas, as well as colour-keying each sport. The colours came out of the vivid rainbow of Mexican folklore.

Lance Wyman worked for the department of publications under our direction for six or seven months. He developed the sports symbols, worked on the Olympic alphabet, the third edition of the Olympic stamps, and a series of sports posters to which he applied the same images. He was involved in the development of cultural symbols drawn by others. The official Olympic poster was exhibited in the Museum of Modern Art in New York with the credit of Lance Wyman and Eduardo Terrazas. Around August 1967, Wyman moved on to other projects, including the graphics for the new Mexico City subway system. After that time Wyman’s collaboration with us became minimal.

By the time the urban design programme was started, early in 1968, there was more understanding and planning towards solutions of needs pertaining to the city from the viewpoint of circulation, information, and creation of atmospheres through the ornamentation of urban and sports installations. Specific elements were decided upon, designed, produced and installed, including the strips on lamp-posts colour-keyed to sports installations, with the purpose of guiding visitors. Terrazas’ urban design programme created a system – a network for structuring the city through a colour code using the pre-established colours belonging to the identity programme, with the purpose of moving people from one site to another.

The publications programme had to be extremely flexible, responding on a daily basis to the new needs for publications for sports and cultural activities, as well as the reception of visitors, guides for all major museums, or special books.

Bringing the student movement into a discussion of the identity programme is something people are fond of doing after the fact. The truth is that we were much too busy with the operational considerations of the imminent event to look out of the window at the marchers.

Most of all we should consider the true importance of things and their place in the total scheme of events. ‘Graphics’ is more than drawing lines. ‘Image’ is more than the repetition of symbols. Great design is like great theatre or dance or poetry; it is ‘spirit’, which becomes a line drawn on paper or in the air. Our programme became something almost mystical, which filled the atmosphere and to which gravitated the entire population of the city, as well as the nation and the world. Our staff may have all been around the age of 30 – too young to have any mature, well digested philosophy of life and of the world. However, it could be said that they had the right instincts, the right spirit. ‘You are what you think’, ‘what you say’, ‘what you do’. We did become Mexico 68. Mexico could stage the games! Mexico could become Mexico 68 – a great fiesta capturing the spirit of a whole nation.

The editor comments: We presented the criticisms expressed in this letter to the authors of the Mexico article, and received the following reply.

Mexico is an infinitely stimulating source of visual / cultural material. After coming to live here in 2002, the country gave me the lead for a series of four articles, all of which have been published by Eye magazine.

After a preliminary meeting with Eduardo Terrazas I intended the last of these articles (‘This is 1968…This is Mexico’) as a straightforward historical review of the design concept put in place for the Olympic games of that year and place. Such an article would, I imagined, help to clarify the technical, creative and ideological challenges faced by a host of graphic designers and other contributors – some Mexican, others from elsewhere – and to highlight their achievements. As I explored the subject in more depth, I also felt such an article could and should draw attention to some previously neglected socio-political issues connected with Mexico and her ‘image’, in the broadest sense of that word.

I was perhaps naive to imagine that such an ambitious article would be relatively easy to accomplish. Unfortunately, I miscalculated in two respects: I did not anticipate that after nearly 40 years it can be very hard for those protagonists to recall with a fair degree of accuracy the kind of detail I was looking for; plus, I never imagined there would be quite such an (at times astonishing) range of contradictory claims of creative genesis made by some of those involved.

Eventually – after interviewing eight key designers and organisers in the Mexico 68 office (all of those we could track down) for 25 or so hours in total, as well as interviewing another five or six Mexican designers with valuable ‘background’ opinions about Mexico 68 – my co-author, Carolina Rivas, and I were faced with a dizzying array of very hard-to-square answers to similar questions. So much so that we came to doubt the archival worth of much of the material we had gathered.

The light at the end of the tunnel only began to appear after we conducted more than six hours of face-to-face interviews with Arquitecto Pedro Ramírez Vázquez, the president of the Organising Committee for the Games of the XIX Olympiad, and after conducting two equally in-depth interviews (one on the telephone and one face-to-face) with the museographer Alfonso Soto Sorio. Only after these interviews (along with the bulk of the other material) had been transcribed and translated did Carolina and I sit down and cut the cloth of the article published in the pages of Eye. The whole process, from the inception of research to the submission of the text and images, may have taken a year of on-and-off detective work and analysis. This was principally because we were aware of the responsibility of producing something historically accurate, as well as ‘fair’ to all the creative personalities involved.

If there are any errors in our text (but after examining the criticism presented here, rereading our research documents, and re-contacting Pedro Ramírez Vázquez and Alfonso Soto Sorio for their comments on the article, we do not believe there are), they are the result of memories that understandably may have dimmed over the past busy 40 years. Any small factual errors that may have crept in are certainly not the result of a lack of investigative rigour on our part, nor any unsupportable bias. Finally, however, every investigative writer has to make choices, as to what to believe and what not to believe; we made ours and we remain comfortable with those choices.

Carolina and I do not claim to have written the ‘definitive story’ of Mexico 68. We have told only a part – albeit a fresh and hopefully stimulating part – of this remarkable story.

‘This is 1968…This is Mexico’ is a sincere and challenging attempt to examine, under a microscope more powerful than has commonly been applied to Mexico 68, crucial social issues connected with the event. These are issues that have been ignored by most writers for a host of reasons, and which are a great deal broader than: ‘I did this and he didn’t do that.’

‘The creative act lasts but a brief moment, a lightning instant of give-and-take,’ the photographer Cartier Bresson once elegantly stated. But the things we do create (I would like to offer by way of a new conclusion) outlast that moment, and outlast us, too – and hopefully by aeons. 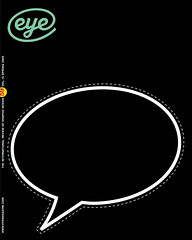