Visual data is often all we need: sound can divert the mind from interpretation, from completing the gesture. By Jessica Helfand

Among the 75,000 French Jews deported during World War ii were more than 11,000 children, of whom it is estimated a mere 300 survived. French Children of the Holocaust, an astonishing book by noted Nazi-hunter Serge Klarsfeld (the attorney who brought Klaus Barbie to justice), meticulously documents the abbreviated biographies of each child, unearthing some 2500 of their photographs along the way. 1 The language of this book is simple, the details excruciatingly accurate: names, ages, addresses, deportation details and convoy numbers. Collectively, the photographs themselves – mostly modest family snapshots that reveal nothing of the unthinkable tragedies to come – are a direct visual response to what Jacques Derrida once termed “the traces of being . . . still calling within the silence of cultural amnesia.” As he gestures to the broader implications of the Holocaust, Derrida asks: “How can these silent voices be made audible within (the text) . . . which is destined for the eye?”

The relationship between what we see, what we hear and what is ultimately recorded by the mind is of enormous consequence today, as the invasion of sound – pagers and beepers, car alarms and cellphones, tv and radio and the Web (collectively representing the “real-audio”-isation of the free world) – extend the media spectrum by raising and distorting our perceptual expectations. “Adaptable to a fault,” writes cultural critic Mark Slouka in a recent issue of Harpers, “we embrace this brave new cacophony, attuned, like apprentice ornithologists, to the distinguishing calls of a mechanical phylum.”

Silence, in contemporary life, is not only a commodity, it is an endangered species: hard to come by, harder still to sustain and oddly associated with a kind of anachronistic world view: silence is the stuff of old media, a body of stillness. In today’s “24-seven” multiplex of sensory input, we have come to identify (and accept) what Slouka calls this “auditory landscape” as a new lexicon, a built-in yet discordant soundtrack of accidental sound bytes juxtaposed against – and superimposed upon – the already noisy world we inhabit.

Evidently, the implications for design are considerable: it is no longer enough to design something merely by making visual choices. A poster is viewed from a passing vehicle: it becomes the visual counterpoint to the flow of traffic, a two-dimensional blip on the kinetic landscape. A text is seldom a text, but more likely a compendium of visual, verbal and aural clues – an image here, its accompanying soundtrack there. Click here to search for “more like this”. Cue the siren blaring, the baby crying, the overture from Schindler’s List: would looking at Klarsfeld’s book with such additional audio input augment our ability to feel, to understand – to remember?

The opposite is true. Stripped of our loud and imposing modern references, this book is refreshingly media-free. And it is this, this silence – both real and imagined – that is most indelible, most gripping and most unforgettable.

Not long ago, I came upon an excerpt from a diary, written by a woman in Belgrade, documenting the disorientation of her life during the spring of 1999. No pictures, no sound, no design details – just words, typeset in the visually anonymous system-font of the Internet, which is where she posted her diary. She writes:

“During the day we live the Serbian war: new identity cards, walk on bridges, solidarity among hurt people . . . During the night we have the nato war: detonations, fires, shelters . . . Yesterday a journalist was killed in the centre of Belgrade, in front of his house, in the middle of the day. Is this war too, and whose war is this now? Who’s next?” 2

War is perhaps an extreme set of conditions within which to frame an argument about the precarious relationship between sound and design. But it is also a very contemporary and real set of conditions. Death, destruction and displacement. The abolishment of personal property – marriage certificates, birth certificates – that destroys the printed evidence of a person’s life, eradicates their history, eliminates their memory.

In the context of war – of totalitarian rule and humanitarian struggle – it is perhaps easy to equate silence with repression and censorship, with fascism and control. Sound, in this context, represents the voice of the individual and introduces a renewed personal (and political) activism: not just hearing but being heard.

Is what we hear more enduring than what we see? It is the absence of sound, in the pursuit of a deeper or more lasting meaning, that is perhaps of particular interest. Klarsfeld calls his book “an instrument of memory”. But what is it, exactly, that we have remembered? Over the past months, as we witnessed the kind of cultural amnesia that rendered 600,000 (possibly as many as 900,000) ethnic Albanians homeless, the atrocities of war were dutifully transmitted to us daily via satellite feeds, video footage and news briefings. Pictures and words together, the essential components of the designer’s core vocabulary. Along comes sound: does hearing a building blowing up boost our visual interest, our visceral attention, our willingness to believe?

It is a kind of Hollywood take on modern technology: sound invades our orbit, surrounds our senses and wakes us up. It dictates just what it is we are supposed to feel. It takes over. But does it add to our capacity to remember? And given such complex orchestrations in the sensory delivery of information – does design?

Maybe this is what bothers me. The use of sound as a component in the visualisation of ideas represents a fundamental corruption of the senses. It telegraphs the ending. It prevents the mind from completing the gesture. It interrupts interpretation. It brainwashes the audience.

And, more often than not, it drives the design so that visual matter is, in a sense, choreographed to mimic the ebb and flow of the music, to respond to changes in rhythm, to mirror a voice-over, a crescendo, a bridge or a refrain. Sound makes design feel gratuitous, decorative, superfluous. Design becomes secondary. Sound rules.

A film professor I know sends his students out each year on their first assignment and asks them to shoot without sound. “Sound lies,” he maintains, stressing the dominance of aural stimuli – voices, music, noise, sound effects – over visual phenomena. He is right. Filming in silence, one is immediately made aware of the physical details – the lighting, pacing, depth of field, facial characteristics – that collectively bespeak a visual narrative. Add the audio and “boom”: you are hooked. In the context of watching something, the encroachment of sound, that most seductive of mood-enhancers, simply takes over.

Today, my students all want to design with sound. They want design to dance and hop and skip, conveying instant attitude, free drama. They want soundtracks and underscoring to accompany their work, as if lending a more dynamic credibility – percussive, sensuous, even goofy – to the visual choices they make makes them more credible choices.

If design was once sound-free – you looked at a poster and were responsible for your own conceptual associations – does the introduction of sound now add to the perceived value of something designed, enhancing its capacity to reach and engage an audience? What is troubling, perhaps, is the degree to which audiences have come not only to expect the audio accompaniment but, at the same time, to expect full production values – what Cole Porter, lyricising 45 years ago on the thrills of motion pictures, called, in one breath, “breathtaking-cinemascope-and-stereophonic-sound.” 3 Today we see-hear-experience it unwittingly through a perpetual influx of aberrant ambient noises that pierce
 and penetrate our daily odysseys: we’ve come to both anticipate and accept the beeps and bells, the alarms and alerts, the synthetic sounds that accompany an innocent trip to the supermarket or the temporary incarceration of an elevator ride. The audio byte has become its own theme song, a pervasive and inescapable cultural phenomenon whose ubiquitous presence in all aspects of our lives – design among them – reflects an almost global preoccupation with sound as a kind of validating force. In a world gone virtual, if you can’t hear it, is it really there?

Meanwhile, I long for silence, for a more thoughtfully managed set of media codes in my life. I love music. I watch – and listen to – tv. And I enjoy, in spite of myself sometimes, the oddly disorienting sensory juxtapositions of the car radio: how differently one can be made to feel driving through the countryside listening to Debussy one minute, Dylan the next. That kind of “user-driven” sound (and this is clearly the great appeal of portable and personalised technologies) invites the user to choose the sound input and to consciously pair it with other sensory experience. Conversely, it is the forced connection between design and sound that robs me of that choice, much as it may empower its designer, author or composer.

There are, perhaps, more provocative ways for visual thinkers to contribute to this contemporary media landscape, a new way of embracing sound which includes the absence of sound, a variant, if you will, on information architecture: musical architecture, a phrase coined by the late John Cage. “Musical architecture,” Cage once wrote, “produces a new sense of location for thinking and becomes a different place that was always in the air for someone to notice … like silence.” 4

Klarsfeld’s book will make you cry. You don’t need an underscore of plaintive solo violin, or a soundtrack of trucks rumbling over cobblestones, or anything other than your own mind and heart to imagine what it must have felt like to be one of those children, your life extinguished, your destiny denied. Look at this book. Read it. Remember it.


The silence is deafening. 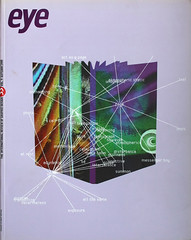