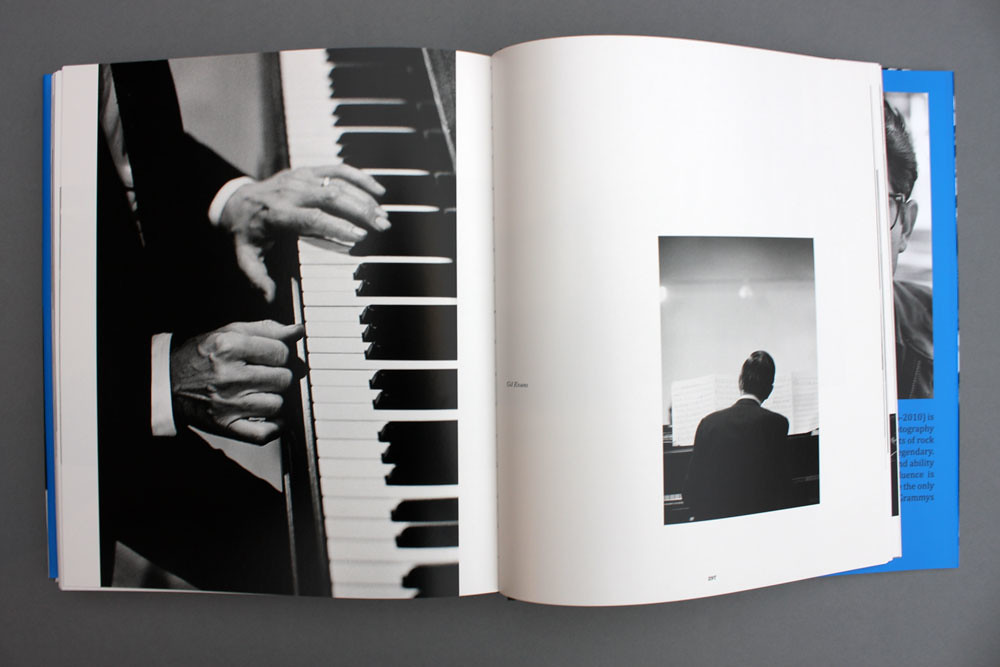 Here are some musically inclined books that came to our attention in recent months. 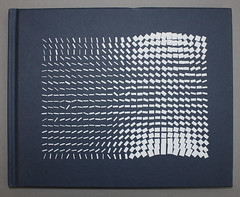 The work of Denise Burt, a New Zealand-born designer based in Copenhagen, makes an elegant visual argument for the enduring value of CD cover design in her limited-edition book Seeing New Music. While Spotify and other streaming services dominate popular music, the CD has remained an important format for classical music. The independently minded labels that nurture and promote contemporary classical music for its substantial niche audience are sensitive to the value of cover art.

Burt’s principal clients – Dacapo in Denmark and Cantaloupe in the United States – have given her considerable freedom to devise original solutions to packaging CDs and double CDs. Burt’s graphics respond to the radical nature of the music within, as with In C and Timber with a visual shorthand that promises a sensual, emotional experience as well as an intellectual one. Seeing New Music’s 24 items make much recent ‘cover design’ for rock and pop look hackneyed and anaemic. 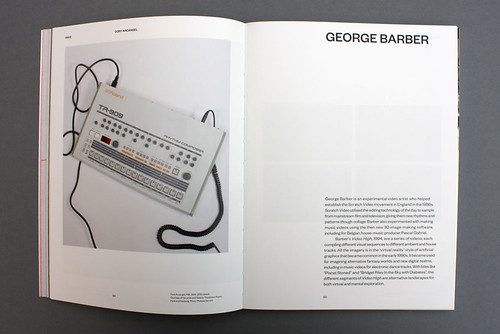 Spread from the chapter ‘A Glossary of Rave’ showing illustrations by Sander Van de Vijver. 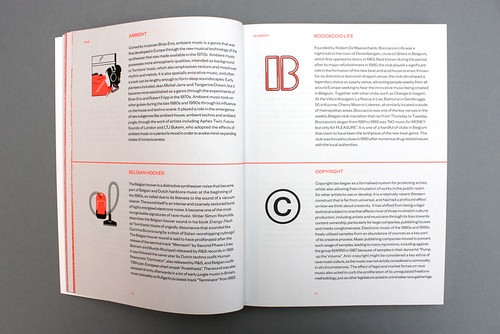 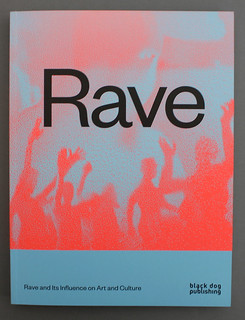 Was Rave really Europe’s last big youth movement? This belief, stated by editor Nav Haq in his introduction, may have influenced the elegiac, almost glum atmosphere of this catalogue for ‘Energy Flash – The Rave Movement’, an exhibition that ran at the M HKA museum in Antwerp, Belgium from 17 June to 25 September last year. The artists involved, including Jeremy Dellar, Cory Arcangel and Matt Stokes, tend to give priority to authentic detail or concepts over striking visual form, but photographers such as Rineke Dijkstra and Andreas Gursky contribute memorable images. There’s an essay by the late Mark Fisher and a hastily assembled glossary, which, though it repeatedly mentions rave’s essential Roland 808, 303, and 909 computer music devices, neglects to mention Ikutaro Kakehashi, the Roland corporation’s founding genius, who died last April aged 77.

Spread from The Music Library showing April Music / April Orchestra presents RCA Sound, a series of recordings by musicians and composers such as Gilbert Artman, Ennio Morricone and A. Ricardo Lucians. 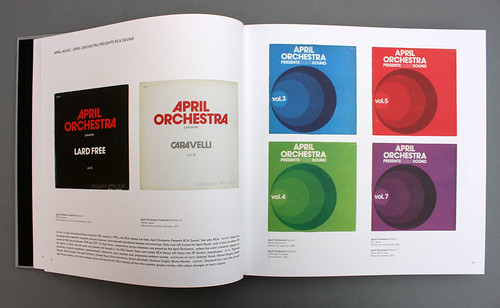 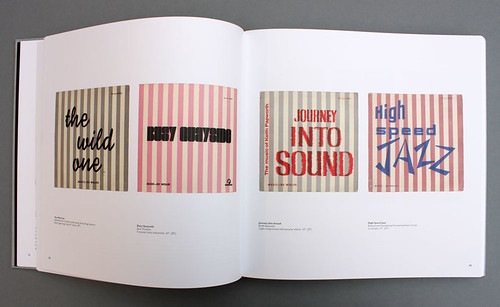 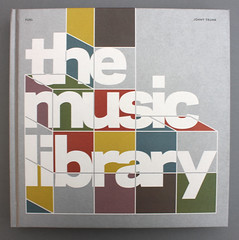 Roughly speaking, music library releases were the audio equivalent of picture libraries – this was ‘stock music’, which could be used and recycled at the behest of filmmakers who could only dream of coming into contact with actual composers or musicians. By choosing Ariete’s Musica per tutte le ore’ or De Wolfe’s Journey Into Sound you might be able to complete the film in time and under budget. Many famous theme tunes – The Bill, Grange Hill, Pro-Celebrity Golf – started life as a numbered cue, plucked hastily from a library disc in a functionally anonymous, cheaply modish or badly illustrated sleeve. Despite a few striking examples of stripped-back series design, it is hard to imagine anyone looking at these sleeves for longer than the time it took to remove the vinyl, yet here they are in all their glory, preserved in the ‘dolls’ house’ perfection of a heavy hardback. 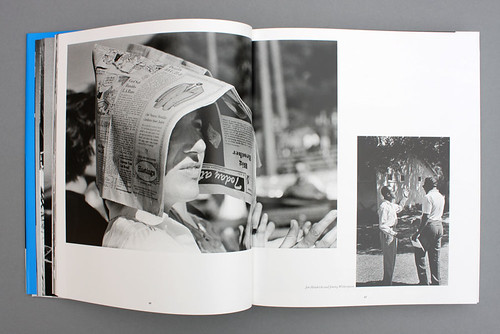 Photographer Jim Marshall (1936-2010) sounds like quite a character, full of belief in himself, self-confident enough to get really close access to some of music’s biggest names, self-effacing enough to catch quiet moments of peace and reflection among the relaxed crowds at the Monterey jazz festivals of the 1960s. Bert Stern kicked off the genre with Jazz on a Summer’s Day, his 1960 documentary about the 1958 Newport Jazz Festival; cinematographers and directors have been paying homage to (or ripping off) Stern ever since.

But Marshall was the person who kept the ball in the air, with an easy technical command of black-and-white reportage, and an instinct for being in the right place at the right moment. He catches the dudes with the coolest hats (from fez to fedora), and a young fan using a newspaper as a sunshade. He presents Annie Ross, Miriam Makeba and Odetta as if they were major royalty, which in jazz terms, they were. Though Marshall captures Laurindo Almeida practising back stage, surrounded by other musicians’ instrument cases, he looks like a prince among guitarists.

The book is arranged chronologically, so the latter pages show a shift towards progressive blues (Mike Bloomfield) and rock (Jefferson Airplane) – also the direction in which Marshall’s career went. However Jazz Festival’s great achievement is to show with warmth and insight some of the towering giants of jazz (Nina Simone, Thelonious Monk, Duke Ellington, Cannonball Adderley, Charles Mingus, Gil Evans) at the peak of their powers. 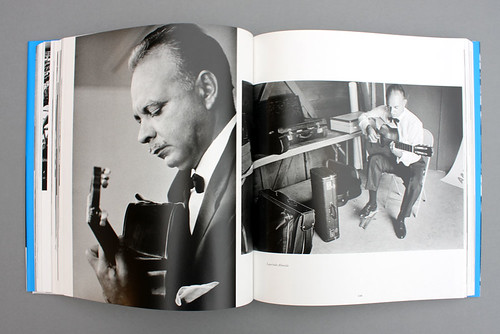 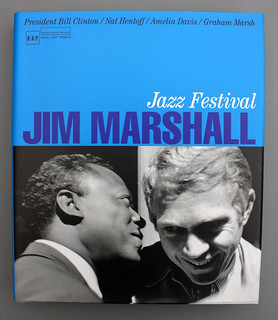