Gothic comics for girls; soundsystem culture; The Power and Influence of Illustration by Alan Male; and Liz McQuiston’s Protest! 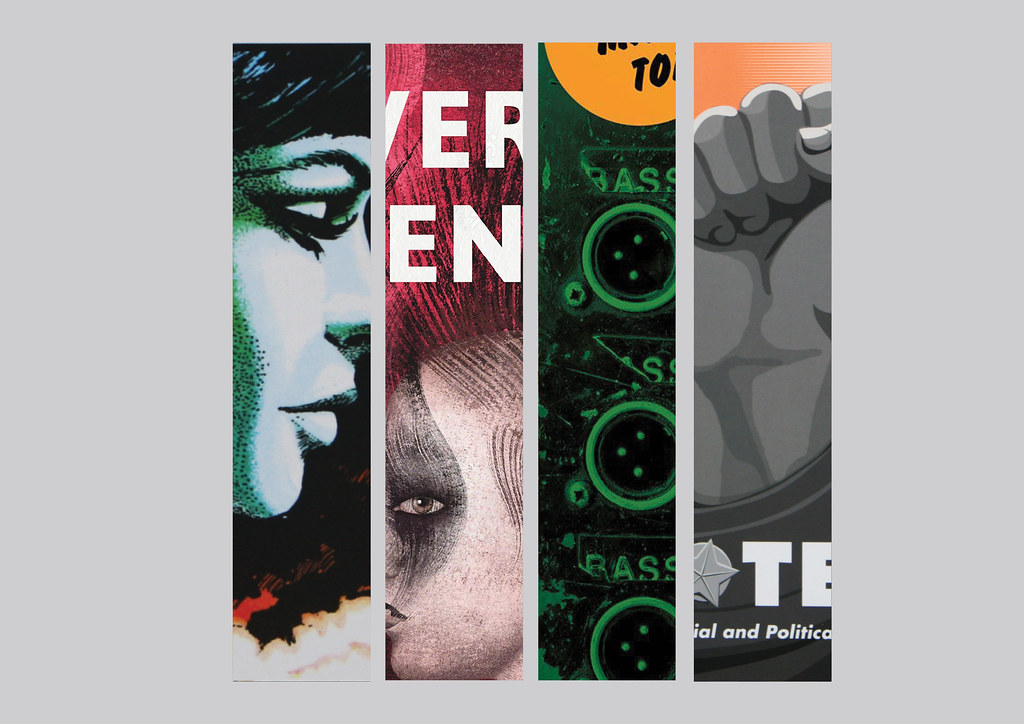 Here is a selection of titles that caught our attention in recent months.

Gothic for Girls: Misty and British Comics (University Press of Mississippi, $34.95), written by Julia Round, is an engaging study of gothic comics published in Britain in the late 1970s. Round, an expert in the field of gothic studies, traces the development of gothic themes in British comics through a confident and contextual reading of the subject’s various facets, including identities, 1970s horror, and ‘Visceral Visuals’. Throughout, Round’s tone is accessible and welcoming, including, in the first few pages, a charming graphic novel that tells the story of how Round came to write the book.

Cover of Gothic for Girls: Misty and British Comics (University Press of Mississippi, $34.95). Design by Peter D. Halverson.
Below. Spread showing pages from Misty (#79 and #21) with art by John Armstrong and Rafael Busom. 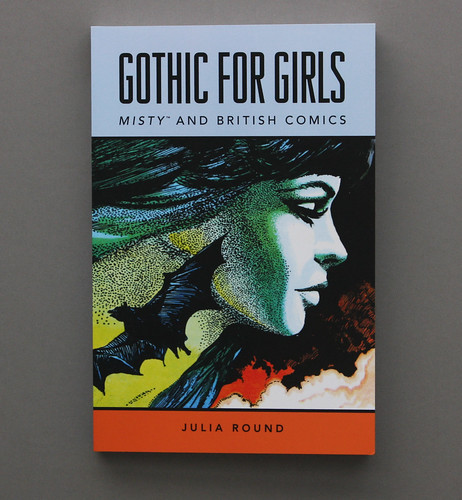 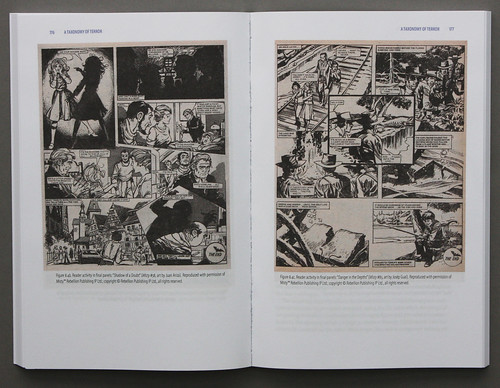 With a striking green cover overprinted front and back by fluorescent orange circle, like stickers affixed to a poster, Bass, Mids, Tops: An Oral History of Soundsystem Culture (Strange Attractor Press, $39.95, £25.00), is a vibrant oral history of soundsytem culture in the UK. Taking the arrival of the Windrush generation as its starting point – a period in which ‘the UK’s soundsystem culture would become the most important influence on contemporary pop music since rock and roll’ – this energetic book follows the ‘bassline of Britain’ through an oral history that includes the voices of DJ Storm, Dubmaster Dennis Bovell, Norman Jay and Rinse FM’s Sarah Lockhart. 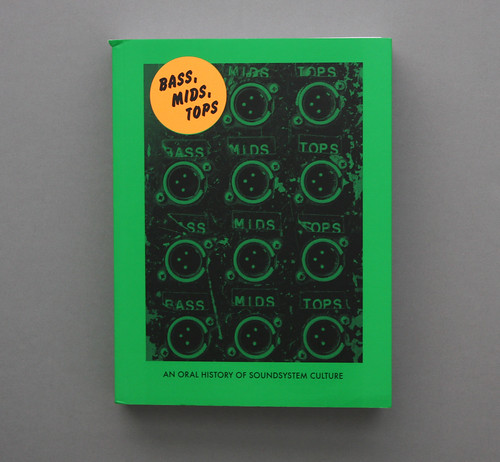 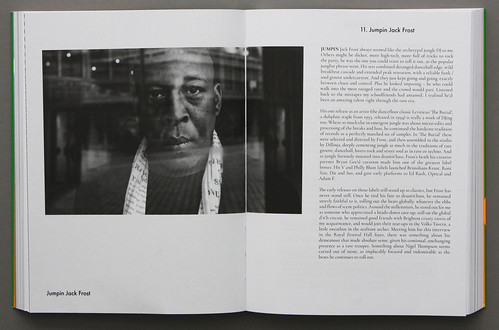 The Power and Influence of Illustration (Bloomsbury Visual Arts, £26.99) is a neat guide to the possibilities and potential of visual communication. Written by Alan Male, Emeritus Professor of Illustration at Falmouth University (and occasional Eye contributor), this book moves smoothly between historical and contemporary images, neatly divided into sections that include ‘Context, Impact and Consequence’ and ‘The Language of Drawing’. Male introduces each chapter, and their sub-sections, with smart, wide-ranging  essays, while each image is given an extended caption for context.

Cover of The Power and Influence of Illustration (Bloomsbury Visual Arts, £26.99). Cover illustration by Anna and Elena Balbusso. Design by Louise Dugdale.
Below. A spread showcasing the work of David Plunkert, Ori Tor and Matias Santa Maria. 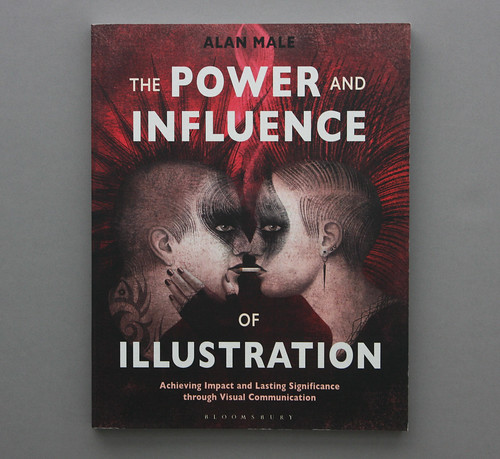 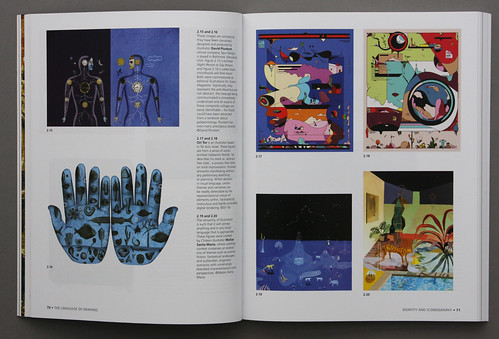 Protest! A History of Social and Political Protest Graphics (White Lion Publishing, £30), is Liz McQuiston’s fifth book that covers the meeting point between graphic design and politics. Much like McQuiston’s other books, Protest! takes a wide view of political graphic design, with examples ranging from the Reformation to Dadaism to Hong Kong’s Umbrella Revolution. Its sections, which are organised chronologically from 1500 to the present day, are introduced through thematic essays that familiarise the reader with the period’s political context. More than just a highlight reel, McQuiston’s study sheds light on multiple examples of graphic design (well known and otherwise) as a political force.

Cover of Protest! A History of Social and Political Protest Graphics (White Lion Publishing, £30.00). Design by Josse Pickard.
Below. A spread showing posters from the Paris Riots of May 1968. 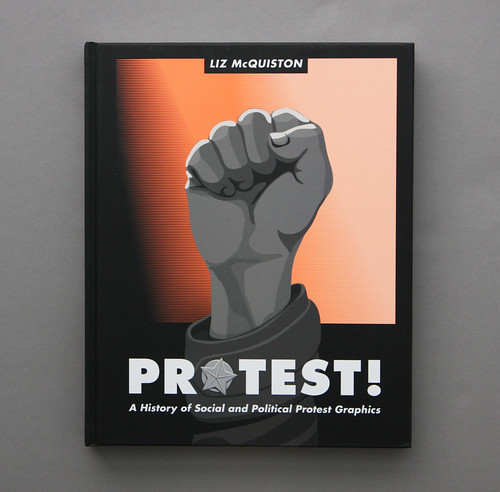 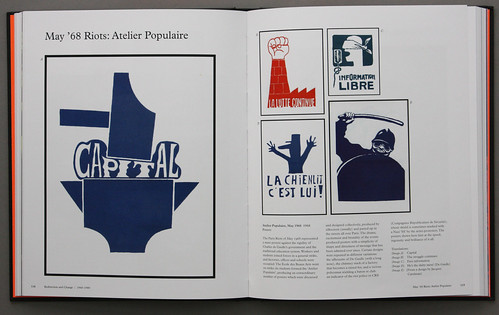