Each magazine is unique. Happily, magazines are all alike, too. Here we analyse some of the elements that most mags have in common … the things that make them essentially ‘magazine-like’ 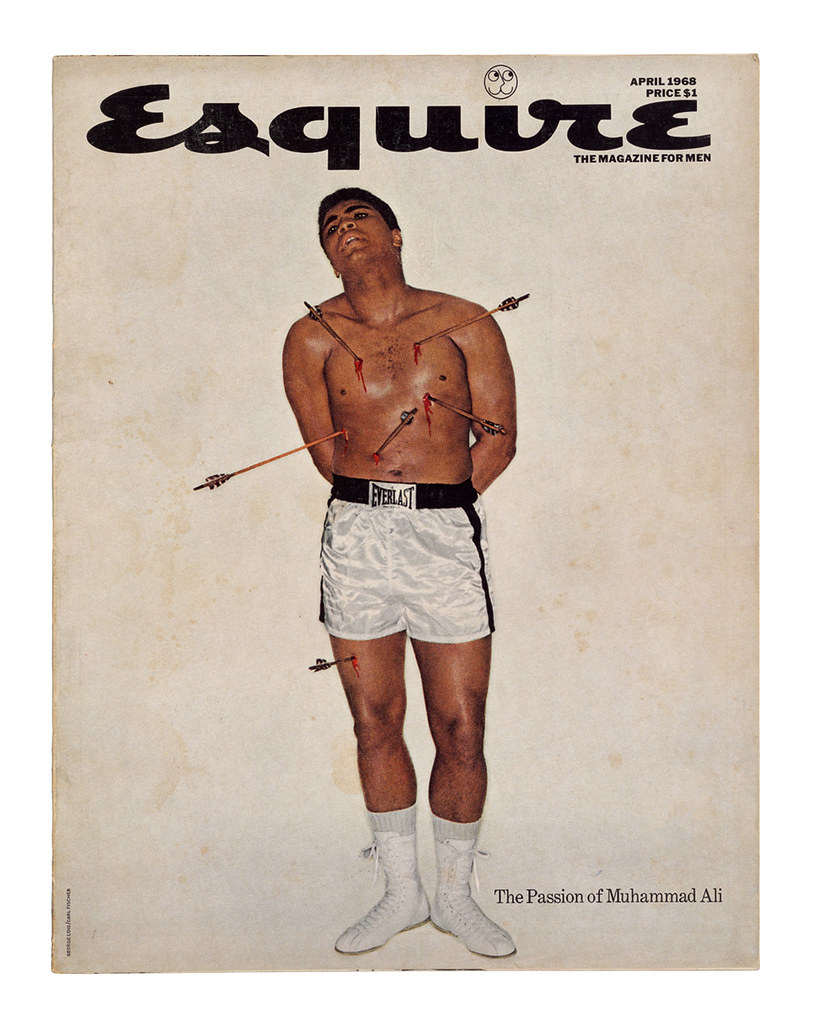 Top. American Esquire, April 1968. Design by George Lois. Photography by Carl Fischer. In 1967 Muhammad Ali converted to Islam. The following year, when he refused to do military service because of his new faith, he was sentenced to five years for draft evasion, barred from the ring and stripped of his World Heavyweight Champion title. Lois saw him as a contemporary Saint Sebastian who was martyred for his religious beliefs. He posed Ali after the fifteenth century painting by Francesco Botticini in which Saint Sebastian’s body is pierced by six arrows. (Caption by Ian Birch, see ‘The cover’.)