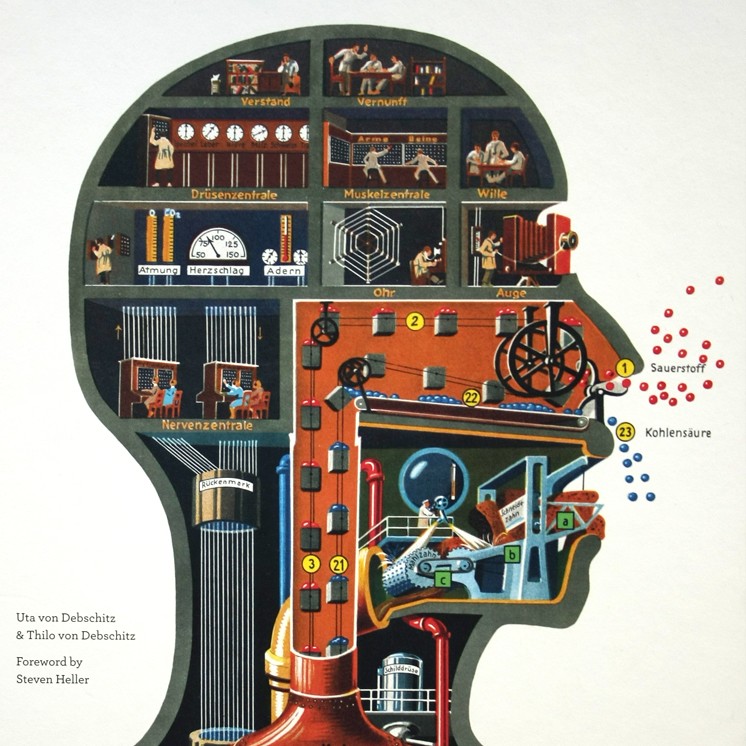 Here is a quick look at some titles that have recently arrived at Eye’s Shoreditch office.

Adventures in Letterpress (Laurence King, £17.95), with a short introduction by Brandon Mise, separates the work of several, largely US based printing studios into eleven categories, among them, ‘press humour’, ‘retro and weird’ and ‘unique materials and tricky techniques’. 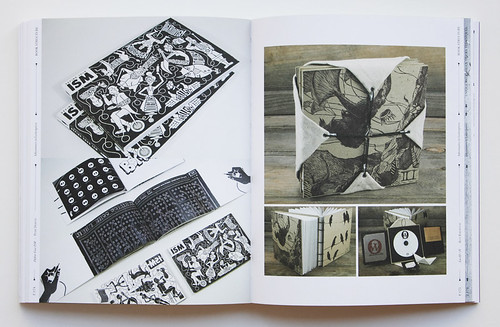 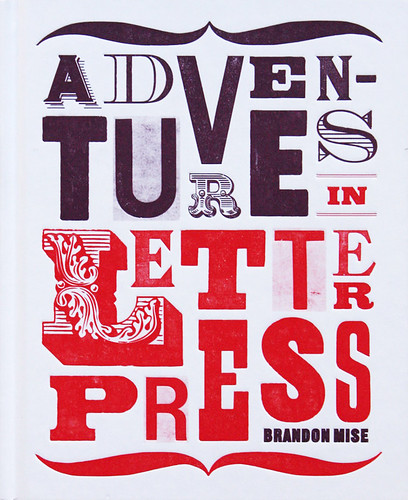 The book is edited by the artist Professor Stephen Farthing and film-maker Ed Webb-Ingall and includes texts by Tilda Swinton, sculptor Andrew Logan and journalist Jon Savage, among others, who recall their memories of working with Jarman.

Savage writes: ‘The sketchbooks are an integral part of this total art work. Derek began as a painter and the beautiful drawings and annotations, in his instantly recognisable hand, show the process whereby colours, scenes and scripts were worked out, whereby two dimensions became three.’

From Jarman’s sketchbook for The Last of England to War Requiem, 1987-89. 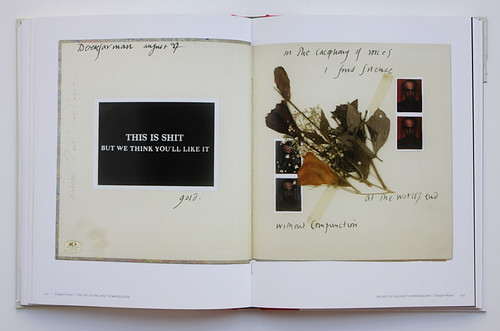 From Jarman’s sketchbook for Edward II to Glitterbug, 1991-94. 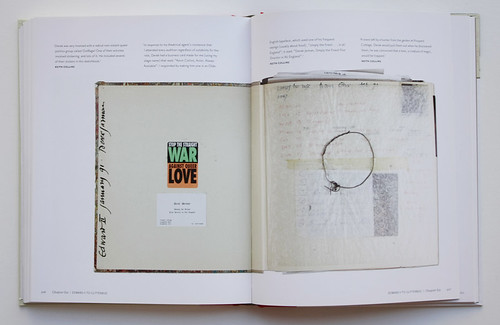 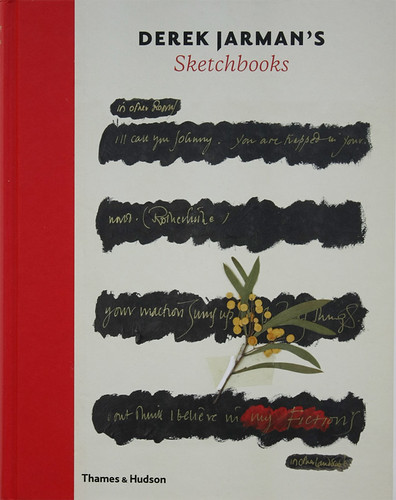 Ant Colony, published by Drawn & Quarterly ($21.95), is a comic book drawn by Canadian illustrator Michael DeForge who draws vivid scenes from the perspective of black ants. The narrative is made up of humorous dialogue between ants, who have very human problems, including those of infertility, sexual conquests, colonial obligations, family history and loneliness.

Spread from Ant Colony showing the relationship woes of an ant couple. 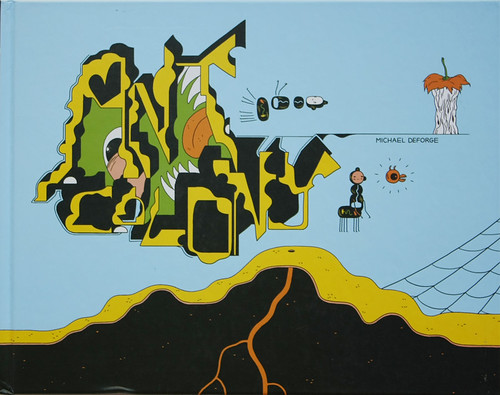 Fritz Kahn (Taschen, £34.99) is another huge book from Taschen about the work of the Jewish German scientist, gynaecologist and author who worked with illustrators, designers and architects to visualise his ideas. (See ‘Machine head’ in Eye 75). In his foreword, Steven Heller points to Kahn’s aptitude for translating the human body into industrial machinery, as in Der Mensch als Industriepalast (Man as Industrial Palace), and relates his work to that of Otto Neurath (Isotype), a ‘visual linguist’ who also had a sense for the ‘art of analogy’. 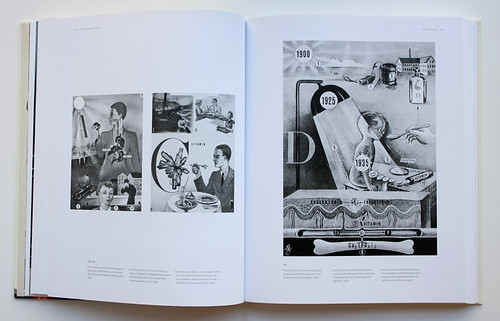 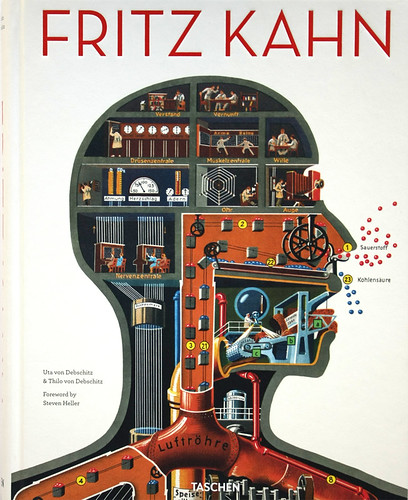 Other People’s Dogs (The Caseroom Press, £11), written by illustrator Robert Mason (see Eye 35) and illustrated by Ian Pollock, is a small-format book designed and published by The Caseroom Press’s Barrie Tullett. In the prologue to the book, Mason describes encounters with the dogs of the title – from Kent in the 1950s to contemporary London – with short interludes to European holiday destinations.

An illustration of Mrs L’s ghost-poodle Katje doing a ‘routine of circus-dog acrobatics’ to an inebriated audience. 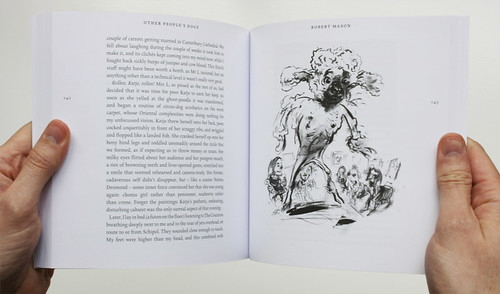 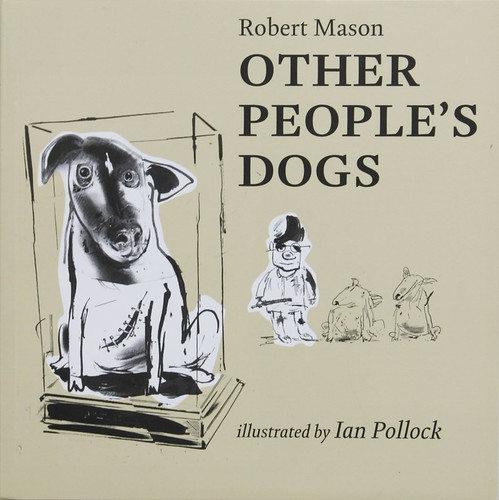