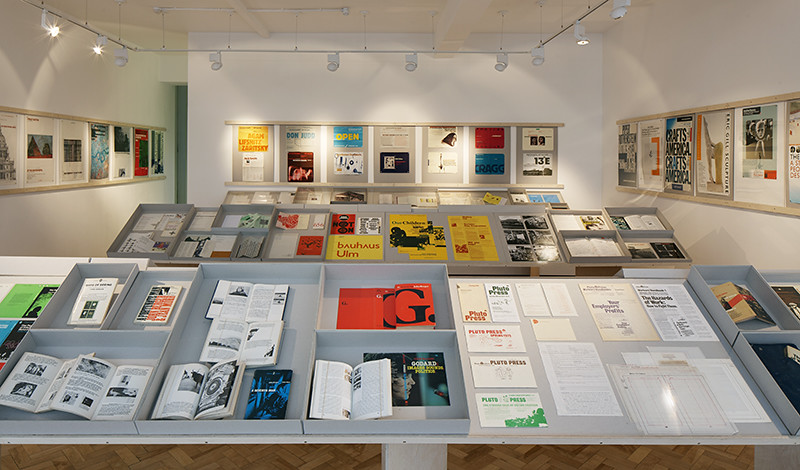 There are few occasions when something is genuinely unmissable, writes Mark Thomson, but for designers and students of design and curating alike, this is one. Hollis may be among the most influential British designers of the past 50 years, but this is the first serious survey of his design work.

Hollis’s design for John Berger’s Ways of Seeing (1972) is seminal in several ways: in its deconstructed cover, which announces the theme of the book by simply starting without preamble or presentation; in its confluence of text and image, re-presenting Berger’s television programmes (showing tonight at the BFI) so that voice and vision are intertwined; and in its summary insistence that a book is experienced in time and not just in space.

This theme pops up frequently in Hollis’s work. It is there in the posters for the Whitechapel Gallery in the late 1970s and early 80s, designed to be seen first as folded mailouts, then reconfigured as posters. It is there again in the slim and slimmer formats of Modern Poetry in Translation, designed with both economy and portability in mind. 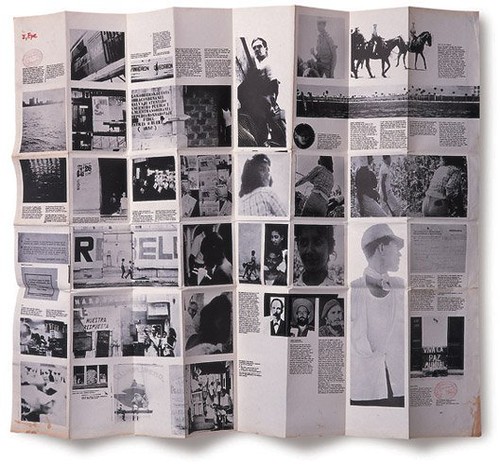 Above: I, Eye, 1962, a self-published broadsheet based on Hollis’s travels in post-revolutionary Cuba.

Seen together, Hollis’s works are marked by a constant intensity – engaged, direct, economical and at the same time genre-busting, undogmatic and unflashy. They seem endlessly inventive, dispatching codes and preconceptions to all corners with wit and modesty. They are driven by function and yet they are never merely functional. Hollis is clear on the designer’s role in serving the messages of a client but he is not a problem-solver in the sense of supplying dry answers. Rather, the work is continually liberating: from every question posed many more flow. 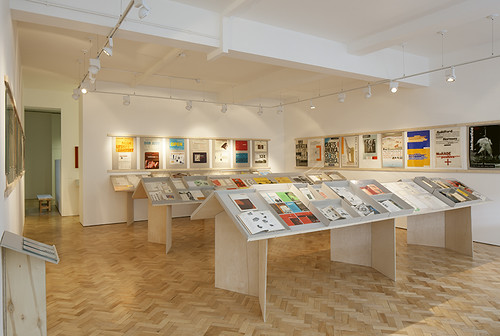 The exhibition is superbly curated by Emily King, giving a rich overview while hinting at the wealth of other material by Hollis that could not be included (even so, there are 279 works in the exhibition).

Simon Jones’s exhibition design is also remarkable, a way of presenting books and graphics without constantly restating their untouchability, using a sequence of canted freestanding structures on which shallow, perspex-lidded greyboard boxes of various sizes are configured according to their contents. This device both articulates the work and, along with a simple framing device for the posters, perfectly embodies Hollis’s central message of the beauty of material economy. 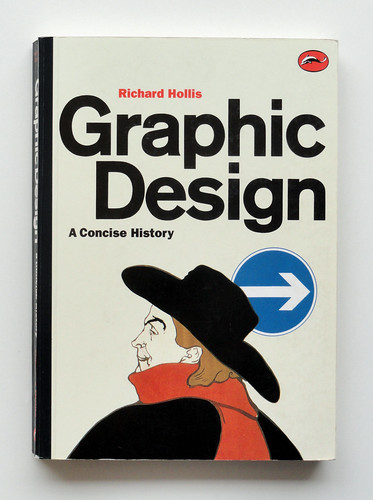 That what is in essence a museum show is here presented in a commercial gallery space is testament to the enterprise of King and gallerist Libby Sellers. On a wider level, it is a sobering reflection of the continued undervaluing of design among museum curators, itself embodied in the present government’s sneering attitude to design education.

Although it is Hollis’s achievements as a designer that are celebrated here, it is worth remembering that he is also well known as both an educator and, through his books Graphic Design: A Concise History (Thames & Hudson, 1994, above) and Swiss Graphic Design (Laurence King, 2006), an advocate of other designers’ work. His development of the language of critical reflection on design is on the same elevated level as the design work collected in this landmark exhibition.

A book, About Graphic Design (which includes several Eye articles by Hollis), will be launched on Thu 26 April 2012 at Whitechapel Gallery, London.

Other Articles By Mark Thomson