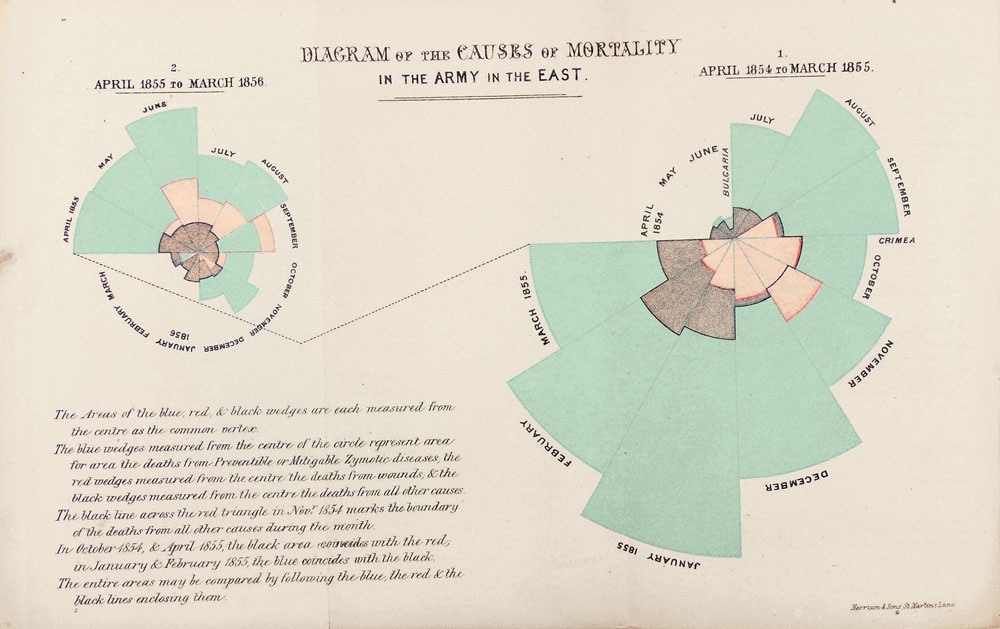 The vision of Florence Nightingale (1820-1910) as ‘The Lady with the Lamp’, doing ward rounds in her Crimean war hospital, is embedded in the British psyche, writes Anne-Marie Conway in Eye 82.

But her contribution to information design was her use of the polar-area diagram later known as the ‘Nightingale Rose’. 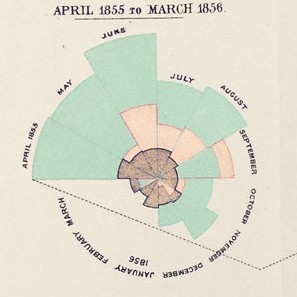 Charts change minds
Now you see it, now you don’t
Lady with the diagram
Credits where due
The pop artist as graphic designer