Twenty graphic artists respond to Hari Kunzru’s post-apocalyptic tale with infographics, reliquaries, type, animation and a playhouse made of rubbish 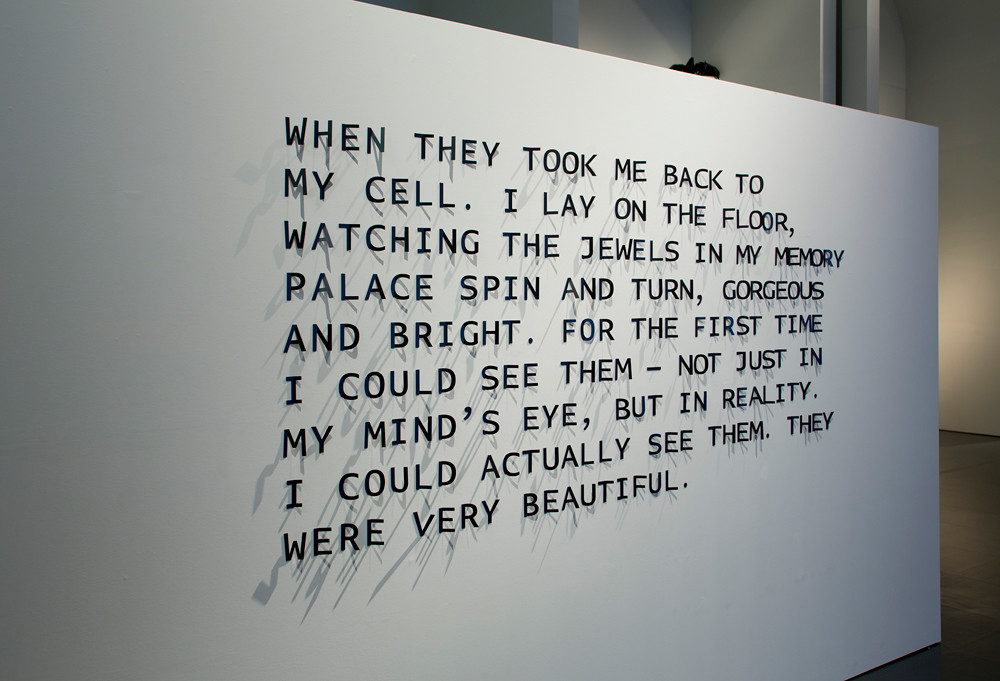 ‘London has been destroyed in fiction … innumerable times,’ said Hari Kunzru at press view for ‘Memory Palace’, just opened at the V&A in London. Kunzru’s specially commissioned text imagines a world in which all information has been erased by a digital holocaust.

The concept behind this group show was explained by curators Ligaya Salazar and Laurie Britton Newell in their article ‘Walk-in book’ for the Eye blog last February. They commissioned Hari Kunzru to write a novella that would be the starting point for visual commissions from ‘graphic artists’ of all kinds,

This post-apocalyptic tale triggered a diverse collection of artwork that would prefer not to be called ‘art’, all packed into the smallish Porter gallery – the one on the left after you walk into the Victoria and Albert Museum’s grand entrance on Cromwell Road. Exhibition and book design are by Sara De Bondt studio, with long quotations from Kunzru’s prose in rusted type.

The work in ‘Memory Palace’ doesn’t adhere to any single aesthetic worldview or current style, and many of the practitioners, with the exception of Le Gun (who assembled and painted their enormous ‘ambulance’ over a couple of weeks while others came and went) had little idea what the others’ responses might be.

Here is a limited selection of images from the exhibition, which runs until 20 October 2013.

Top and right: Peter Biľak’s metal type from two viewpoints. See the video interview with Biľak at the foot of this article. 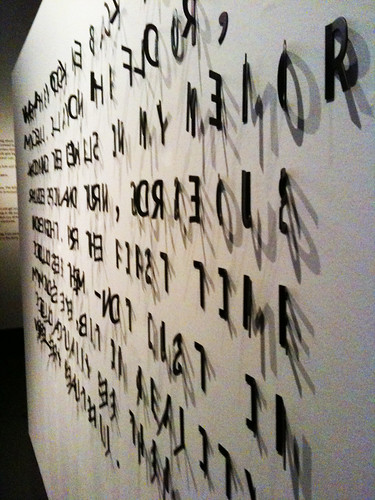 Le Gun’s ‘ambulance’ is pulled by a team of cheerful dogs. In the background: Henning Wagenbreth’s flat-pack museum. 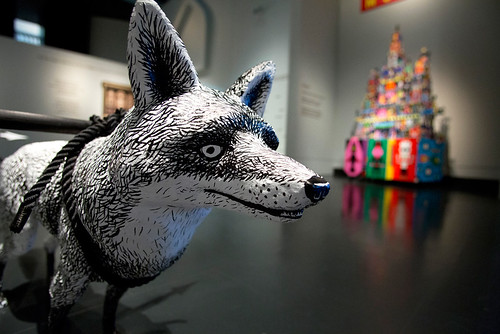 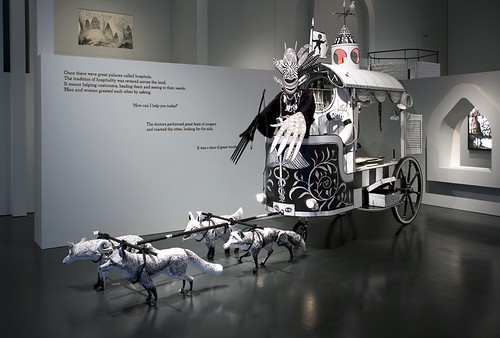 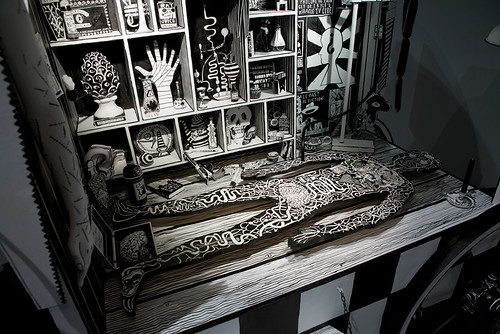 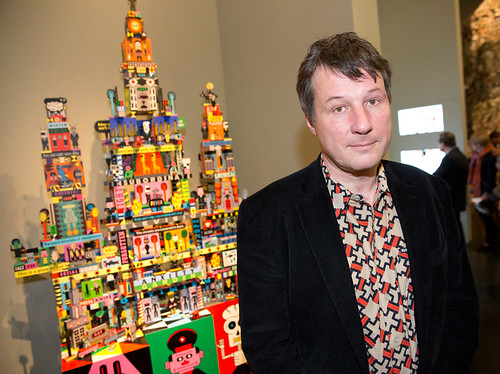 Wagenbreth’s installation, which took two years to complete, can be packed into the three boxes at the bottom, and re-assembled in a different combinations. 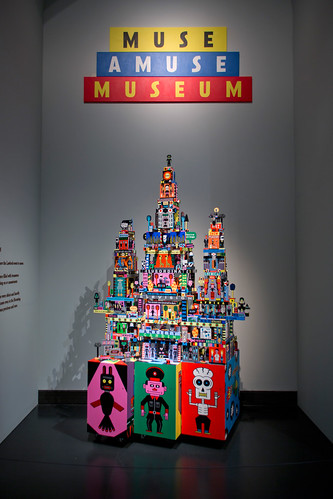 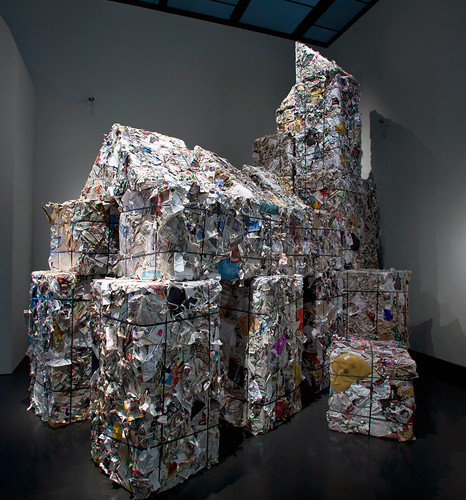 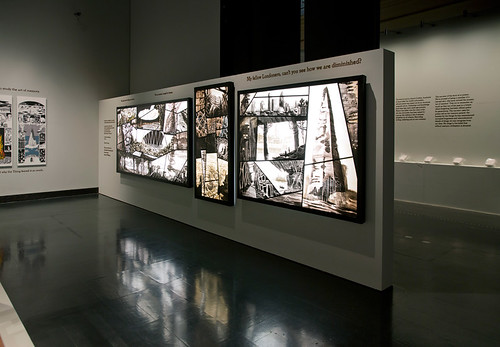 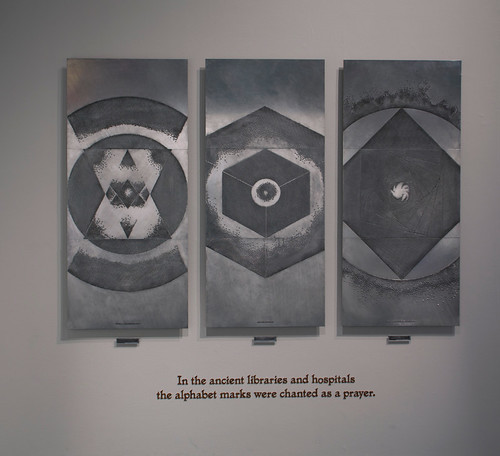 Jim Kay’s intricate reliquary or shrine for ‘Milord Darwing’. The doors show in incidents from Kunzru’s narrative. Kay said: ‘The text is everything.’ 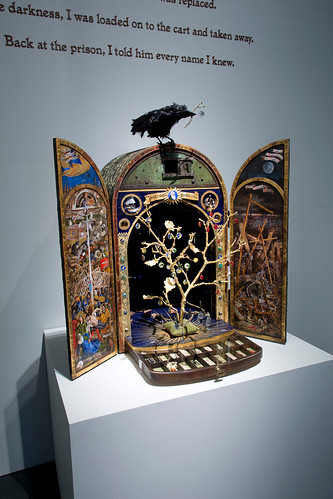 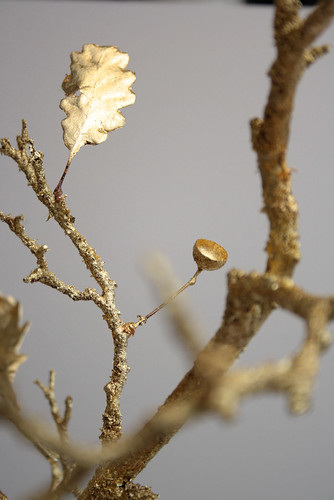 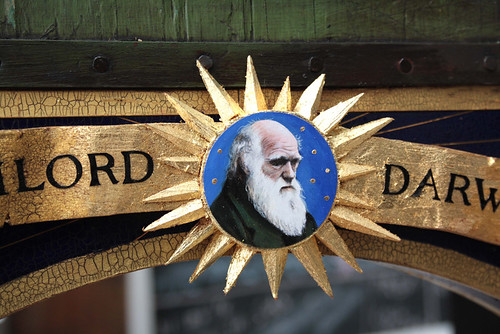 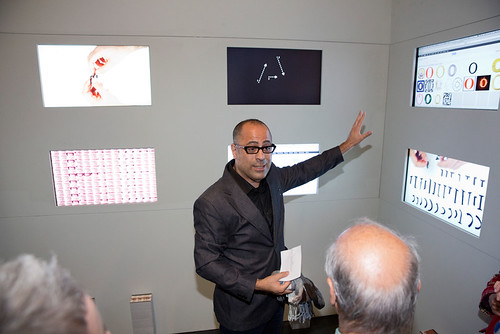 Peter Bil'ak interviewed on video about his contribution to ‘Memory Palace’.