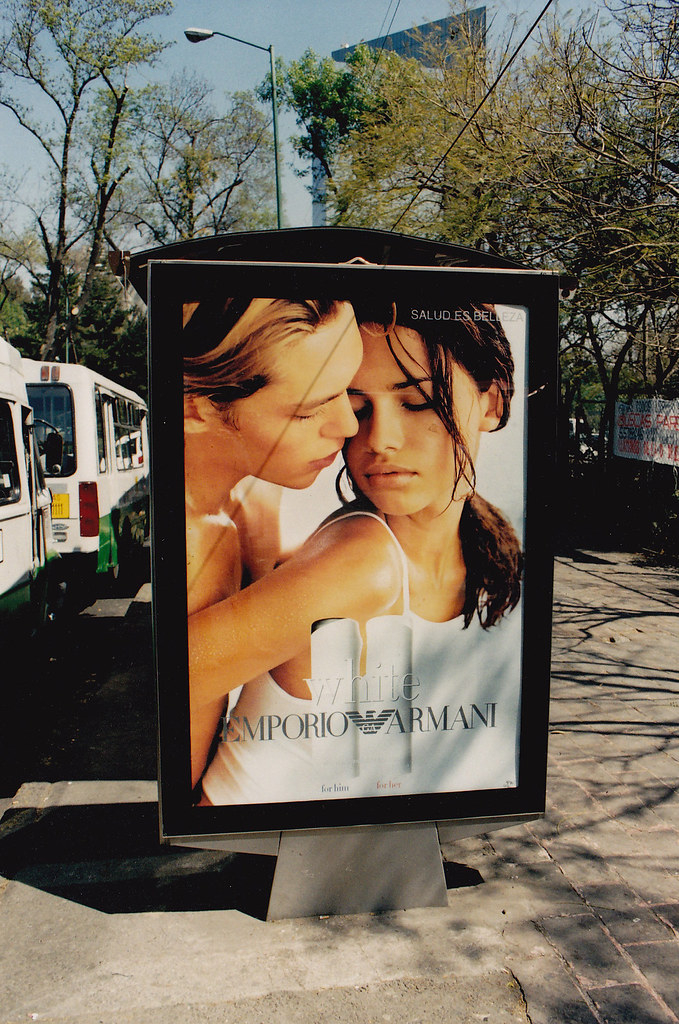 Regular Eye readers may remember a thematically diverse series of articles from Mexico that I’ve written over the past few years, writes Daoud Sarhandi.

They began in summer 2003 with ‘In any colour so long as it’s white’ (Eye 48). After nearly a decade in Mexico I recently left the country. But up until then I continued to reflect on advertising there and the lack of progress toward giving Mexicans a more representative public image of themselves.

Indeed, I felt so strongly about the issue that shortly prior to leaving Mexico I tried to push a politician I knew to introduce a parliamentary bill legally obliging advertising agencies and their clients to be more representative of real Mexican racial types and cultures.

I was prompted to reflect on my 2003 article by three small stimuli. The first was Eye’s recent issue about the client-designer relationship. Second: a news article about the outrage that ensued when Italy’s state-owned rail firm used images of a black family on advertising promoting (new) fourth-class seating arrangements – and whites on the upper three classes. (The advert was apparently withdrawn from circulation.) The third stimulus came in Mexico as I was packing to leave. 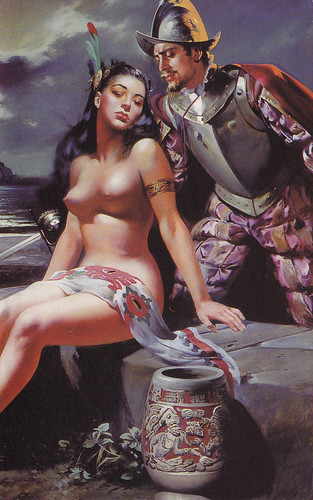 I came across two images among many that I compiled and sent to the UK in 2003 when Eye’s then creative director Nick Bell laid out my article. These images, shown here, depict: 1) a very popular Mexican calendar image (above) from the 1930s that depicts the ‘conquest’ of Mexico; and 2) an advert for Armani perfume – branded White – (below and top) which I snapped on a bus shelter in Mexico City.

Long after the Eye article came out I spotted the striking similarity of the imagery of the ad in all its aspects with this calendar photo which I already had. I hadn’t made the connection before, but when I did I was able to read the ad in a much more sinister way. The whole idea and pose of the model is so similar that I can't imagine the designer wasn’t making a play on the famous calendar, published by Galas in Mexico City. 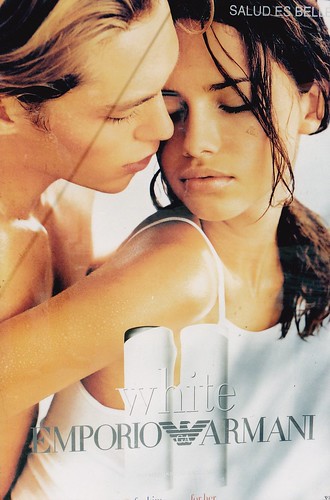 I still believe that images such as the Armani advert do grave psychological and social damage in countries such as Mexico, for all the reasons stated in my original article. And although there is no space here to explore the full socio-historic background of the conquest of Mexico, suffice it to say that it was one of the most devastating in recorded history, resulting in the deaths of at least 24 million indigenous peoples and initiating one of the most brutally executed projects of social and cultural engineering ever attempted. In Third World countries advertising companies and above all their clients should be more responsible, even if local governments can’t or don’t wish to force them to.

And that is probably my last word on this subject. 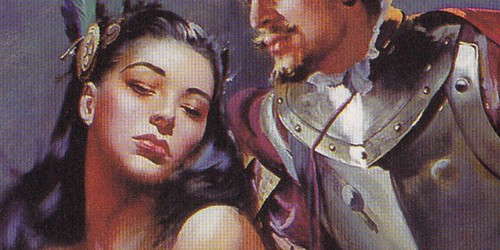 Daoud Sarhandi’s original article, ‘In any colour so long as it’s white’, was published in Eye 48 (below). 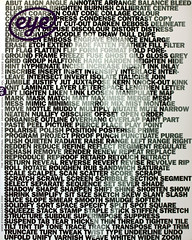 Further articles by Daoud Sarhandi about Mexico in Eye and the Eye blog:

Eye is the world’s most beautiful and collectable graphic design journal, published quarterly for professional designers, students and anyone interested in critical, informed writing about graphic design and visual culture. It’s available from all good design bookshops and online at the Eye shop, where you can buy subscriptions and single issues. Eye 81 has the theme of ‘Designers and clients’; Eye 82 is out any day now.

Other Articles By Daoud Sarhandi

This is 1968. . .This is Mexico
‘Femicide’ posters
In any colour so long as it’s white
Graphic tourism
This is not Mexico