In the early 1950s, Swiss designer Gérard Ifert walked the streets of Paris on quiet Sundays, taking pictures of the colourmen’s shopfronts 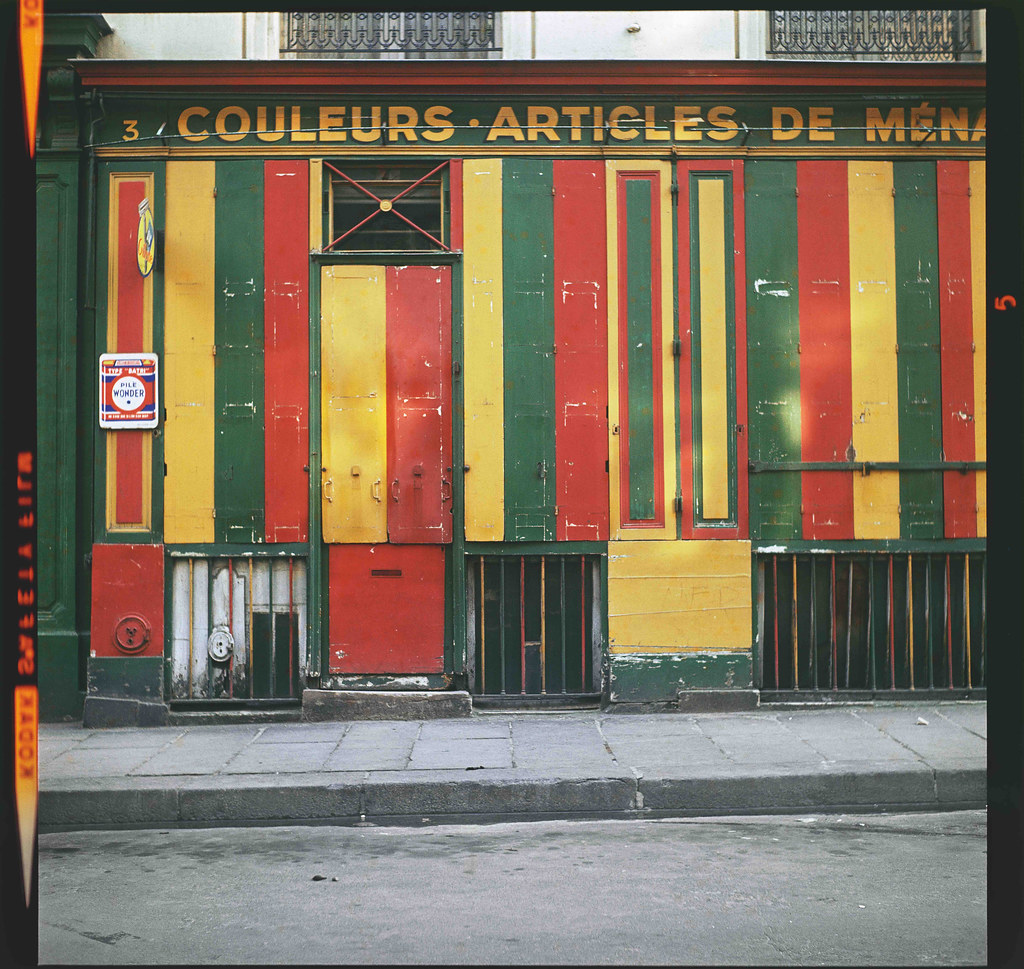 The ‘designer as photographer’ is a trope that has been much explored in articles, books and exhibitions, with photos by graphic designers as different in temperament and outlook as Rudy VanderLans, Nicolete Gray, Robert Brownjohn, Wojciech Zamecznik and Ken Garland, writes John L. Walters.

Photography can be a fruitful ‘side project’ for many creative people (including actors, musicians and artists), but designers often take a systematic approach to narrowly defined subject matter, resulting in what is sometimes called ‘photo-graphism’. 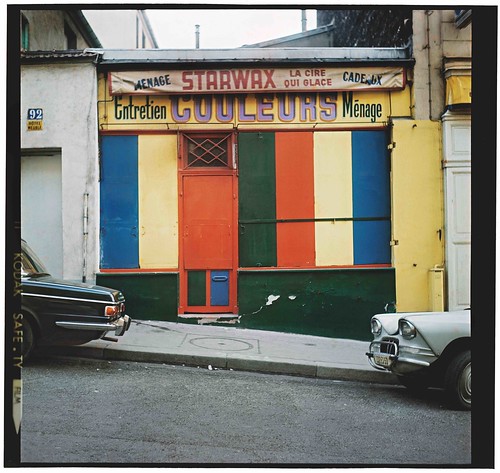 Paris Colours is a slim photobook that gathers together 33 photographs by Swiss designer Gérard Ifert (b.1929), together with a text by Catherine de Smet, who is currently working on a forthcoming book about Ifert’s work. Ifert had studied at Allgemeine Gewerbeschule in Basel, Switzerland, graduated in 1949 and left to find work in Paris. In the early 1950s, he walked the streets of Paris on quiet Sundays, equipped with a square-format Rolleiflex camera loaded with Ektachrome film. He was particularly drawn to the shopfronts of ‘marchands du couleur’ or ‘colourmen’, who sold paint and used these products to cover their shops’ exteriors in lavish and sometimes startling coloured patterns.

Ifert chose and framed his subjects to emphasise their similarity to the Concrete Art of Swiss painter-designers such as Richard Paul Lohse and Karl Gerstner, both of whom he knew. When typography enters the pictures, it is to advertise a paint brand name, or a service. The shops were closed on Sundays, so Ifert could capture the closed, painted shutters, with few cars or passers-by to disturb the compositions, though a few pictures are framed at the foot by parked cars. 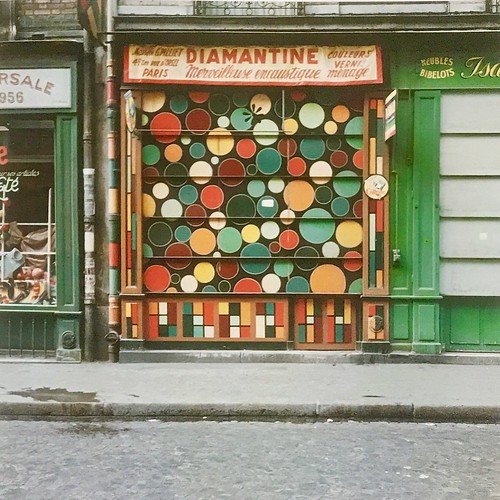 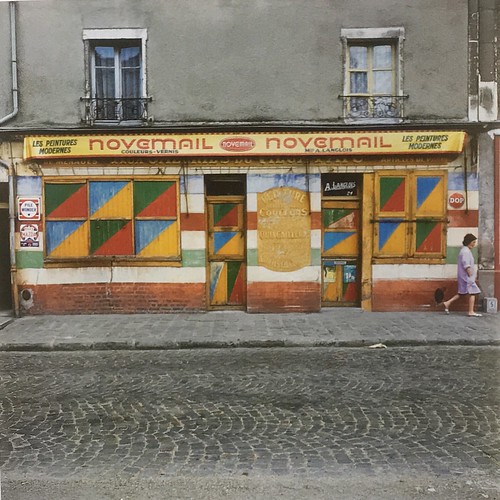 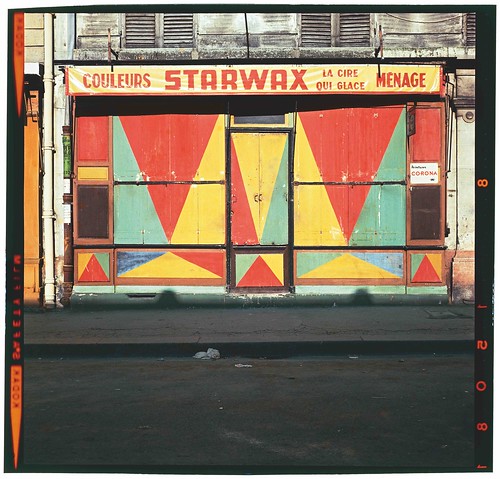 De Smet recounts other examples of what Ifert called ‘photo-paintings, architectural details, aeroplanes overhead, spurting fountains and the play of various types of light,’ three of which would be exhibited in ‘The Sense of Abstraction’ exhibition curated by Edward Steichen at New York’s MOMA in 1960. Other examples of the designer’s photography include charming pictures of children’s chalk drawings – sometimes including blurry, active children – and in the 1960s, some colourful pictures of vacant billboards. His work was featured, alongside Zamencznik and William Klein, in the exhibition ‘Photographisme’ at the Centre Pompidou in 2017-18. This can now be seen under the title ‘Photographics: Klein, Ifert, Zamecznik’ at Zurich’s Museum für Gestaltung until 9 Feb 2020. 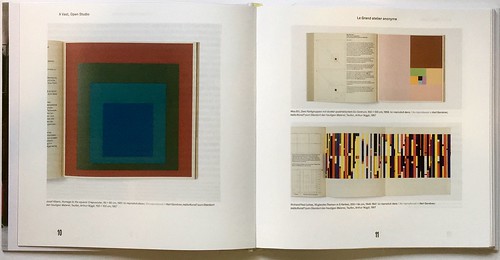 The opening essay of Paris Colours also shows examples of contemporaneous art, including the paintings Homage to the square by Josef Albers and Verena Loewnsberg’s Komposition 257, both reproduced in Gerstner’s 1957 book Kalte Kunst? [Cold Art?]. Ifert’s triumph in this heartwarming body of work, beautifully presented in deValence’s careful book design, was to find an engaging, ‘vernacular’ counterpoint to Concrete Art in what de Smet calls ‘the vast, open studio of the city.’ 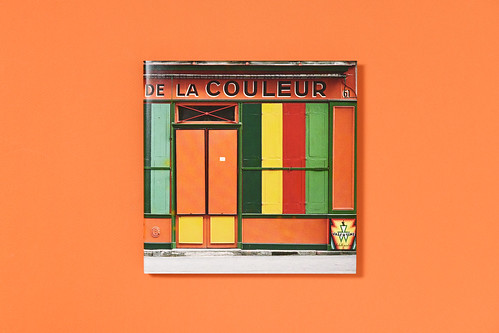