The short-lived graphic energy of punk fanzines and posters 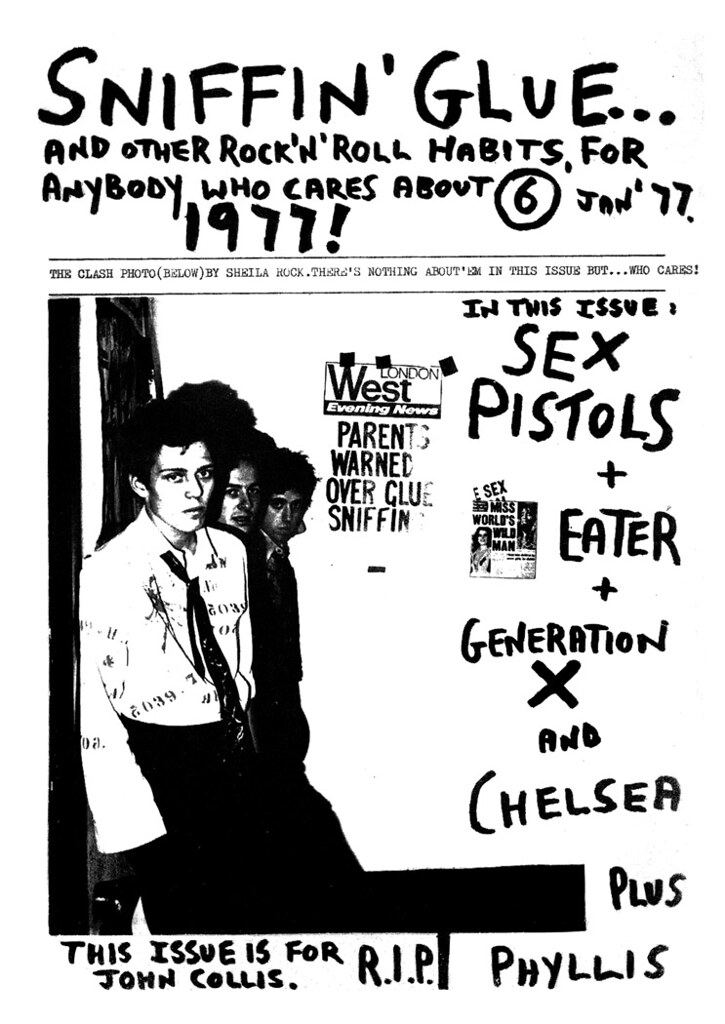 In ‘Scribble and strum’, just published in Eye 76, Andrew Losowsky took us through the design of a selection of notable music magazines, past and present.

When it came to the scrappy punk fanzines of the late 1970s, he noted a scene that was as visually coherent as it was chaotic ‘I could have chosen pretty much any punk fanzine of the late 1970s – Sideburns, The Suss, Ripped and Torn, Chainsaw, Jammin’ … This was a rare moment of a design aesthetic and a musical genre appearing almost simultaneously, and matching each other scream for scream. Cheap, handmade (out of necessity), rebellious, jokey, angry – anyone could scribble, type and photocopy reviews, photos, obscenities, critiques of modern society, just as anyone could shout into a microphone. Nobody wanted the music to be slick, and nobody wanted the publishing to be professional, to the bemusement of the mainstream. Mark Perry’s Sniffin’ Glue was probably the first punk fanzine, and it proved its commitment to punk ideals by ceasing publication after a year.’ 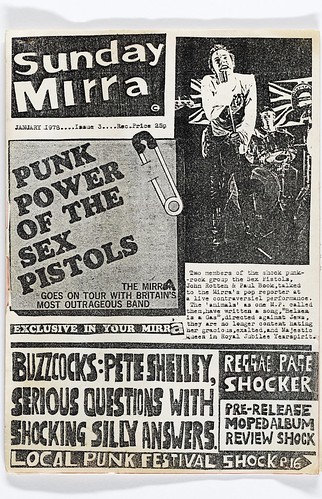 Next month, London gallery Haunch of Venison will be hosting ‘Loud Flash: British Punk on Paper’. It will be a chance to see some original punk designs in the flesh, with some more fanzines, including Ripped and Torn, Candybeat 504 and Sunday Mirra and gig posters. Here are some images from the show.

Above: Sunday Mirra, 1978. Started in October 1977 Sunday Mirra was edited by Broose Wayne and Dick Grayson from their base in Hayes, London. Their third and final issue appeared in January 1978. The tabloid press were prone to sensationalist coverage of punk and this fanzine is a classic example of the way the punks re-appropriated negative coverage. 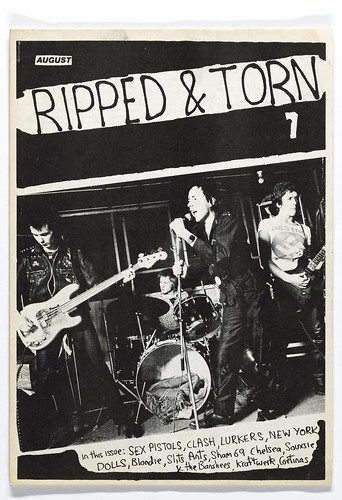 Above: Ripped and Torn 7, 1977. The issue features articles on the Sex Pistols, The Clash and New York Dolls among others. The cover photograph is of the Sex Pistols who by then had replaced original bass guitar player Glenn Matlock with Sid Vicious (Simon John Ritchie). Started by Tony Drayton, the publication ran for three years until 1979. He later started Kill Your Pet Puppy. 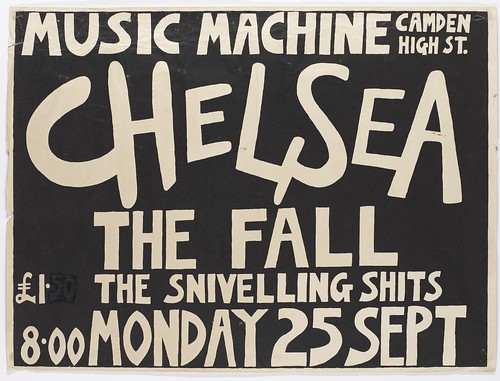 Above: Silk-screened poster for Chelsea with support from The Fall and Snivelling Shits (1978). This venue, formerly the Camden Theatre, was later renamed the Camden Palace, and is now Koko. 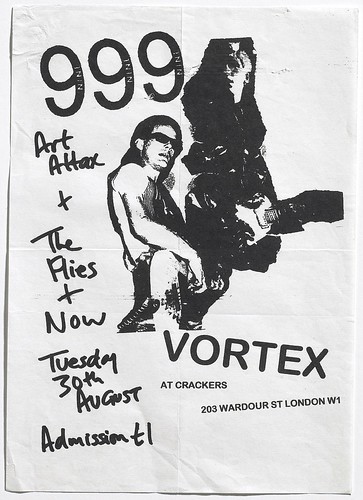 Above: Flyer advertising 999, Art Attax, The Flies and Now at Vortex* at Crackers (1977). According to Record Mirror journalist Jane Suck: ‘Crackers is designed like a sewer. One path leads to the toilets, one path leads to the bar, and if you’re lucky you’ll find the stage in half an hour’. 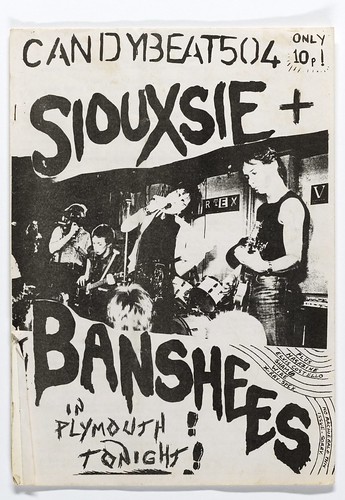 Above: Candybeat 504, 1977. This fanzine features Siouxsie and the Banshees concert in Plymouth with stories about Elvis Costello, Sham 69, Wire and X-Ray Spex.

Below: The largest Rock Against Racism / Anti-Nazi League events were the organisation’s Carnivals, most notably the first Carnival which took place on 30 April 1978, publicised by groups from the political left, and the music press. Poster design: David King (see Reputations, Eye 48). 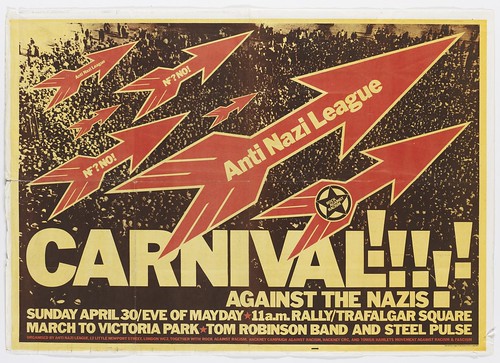 *Not to be confused with The Vortex.

Other Articles By Andrew Losowsky