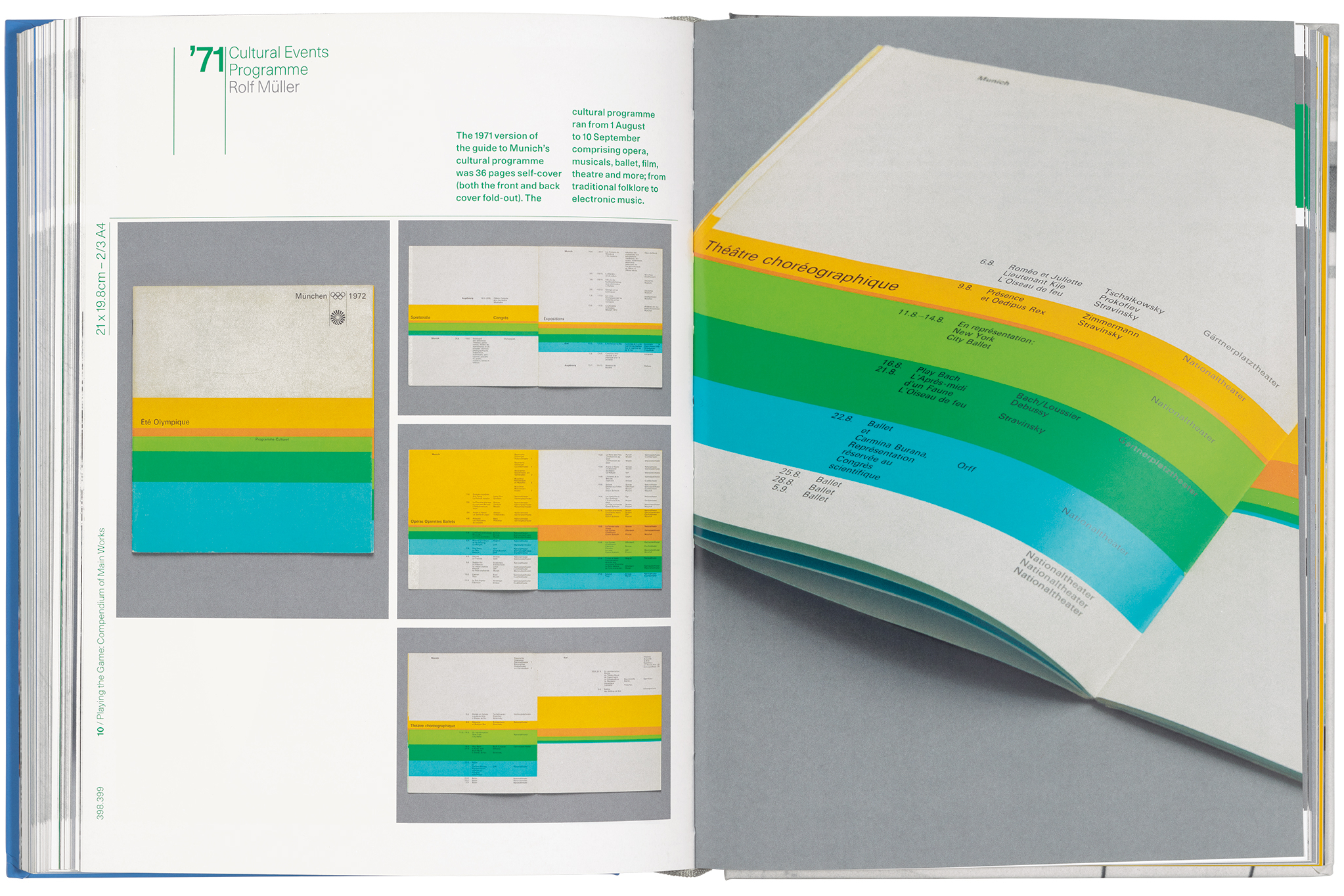 When Holt, a co-founder of 8vo and Octavo, began work on this extensive account of the design programme for the 1972 Olympics, he had little idea how time-consuming the project would become. After extensive research and preparation, he launched his Kickstarter campaign in March 2019 with a target of £76,750, and raised £84,657 in a month. Holt talked to Eye’s John L. Walters about the long path to publication.

Eye: Was this the first time you had tried crowdfunding?
Mark Holt: The Unit Editions book Octavo Redux (2017) gave me an insight, but I’d had no direct involvement in it. Munich ’72 was a leap in the dark. I got on and did it and then panicked that I’d set the pledge goal too high. But if the figure had not been that high I wouldn’t have been able to make the book. There was a lot of nail-biting. 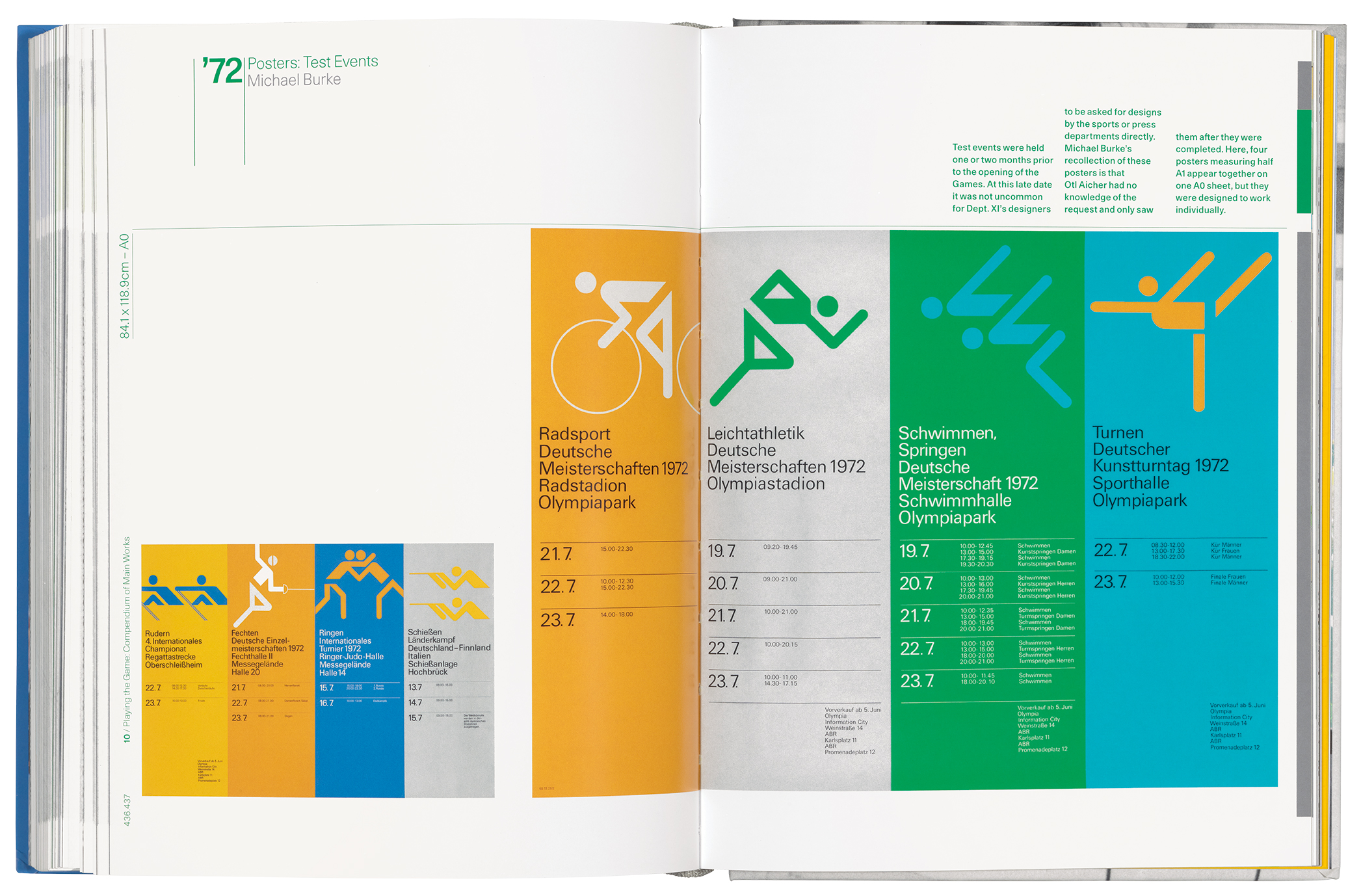 Did you get much advice?
Once the Kickstarter campaign was launched, Jesse Reed from Standards Manual said: ‘Nice campaign – but you need more pictures of spreads. People like to see the book.’ So I took his advice, updated the campaign and got an increased pick-up at that point.

It was hairy! Eight days from the end, I still needed £4000.
To first assess if the content existed to make the book I had planned, I had had to front £13,000 to 15,000 of my own money to do research trips and get many documents translated. When I did the maths and worked out that I needed £89,000 I decided not to include that amount – I was already out of pocket.

Projections and maths are all very well, but everybody who makes a book is fighting for the same share of the reader’s wallet. After your book’s been out five or six months another lovely new monograph comes out and you never know when sales will dry up and if you’ll make a profit from the remaining books …