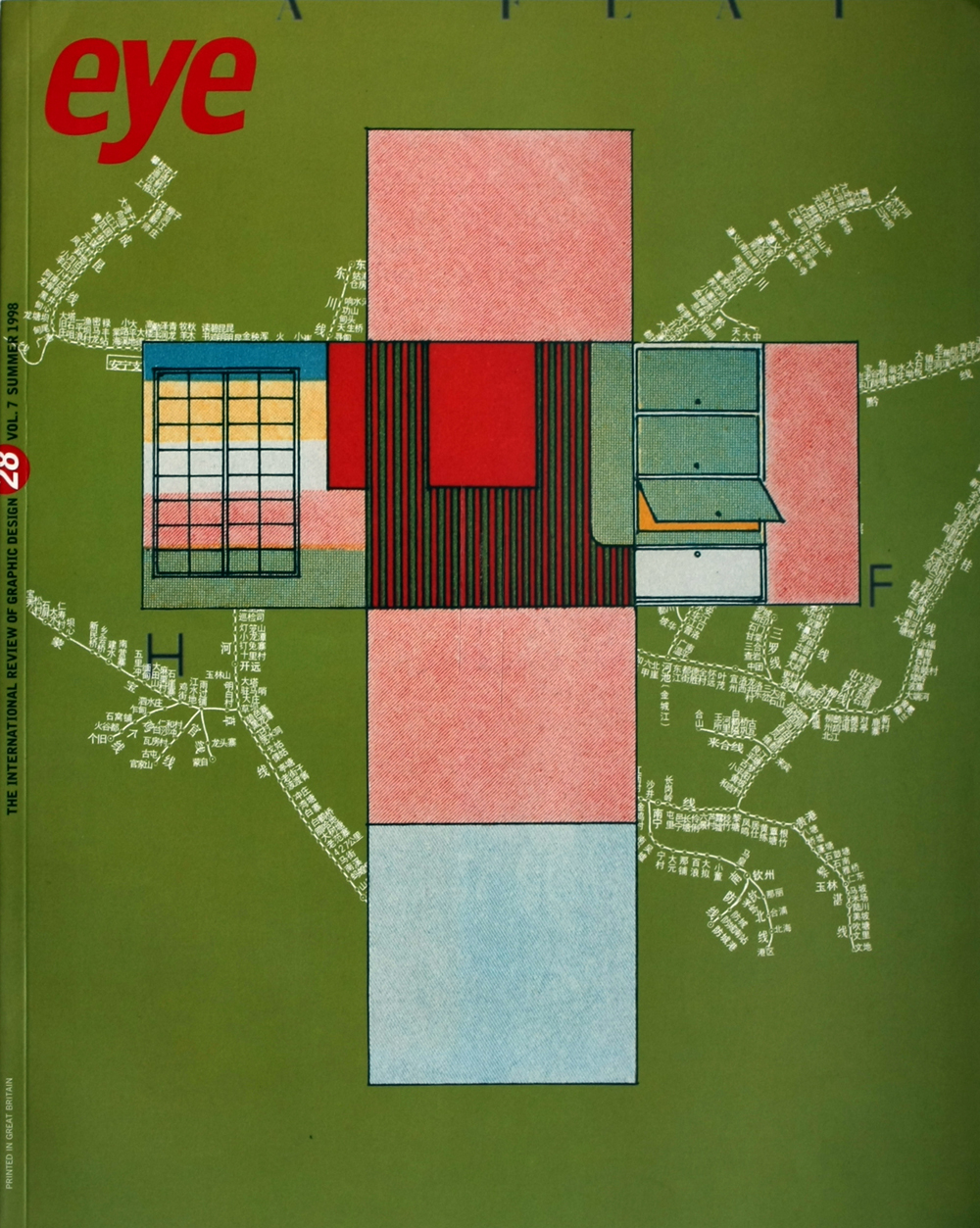 Rescue meaning
Editorial, Max Bruinsma
To communicate more than mere messages for a client, designers must adopt an editorial point of view
Inflated intangibles
Graphic design, Visual culture, Judith Williamson
The self-contratulatory message of a show about UK creativity was little more than electronic ticker tape…
You are under our control
Screen, Jessica Helfand
Design, technology and psychology conspire to find new ways of teasing and fraying the passive viewer’s nerves

Mandarin to Mao
Chris Vermaas
The modern Maoist versions of traditional Chinese characters introduced ambiguity and confusion by deleting information
Form follows performance
Steven Heller
Richard Saul Wurman, FAIA, is an architect, cartographer and the author and designer of more than 60 books. He founded the TED conferences, which “focus on the merging &amp; converging of the fields of Technology, Entertainment and Design”. Wurman coined the term “Information Architecture” in 1976 when he was chairman of the national convention of the American Institute of Architects (AIA) and devised the theme “The Architecture of Information”.
China, Hong Kong, Taiwan
Chin-Lein Chen
Travelling graphic designers supply a personal vision, in words and pictures, of professional and vernacular work in the East
Drag me. Click me.
James Souttar
A sprinkling of icons may make for a pretty interface, but many of them are opaque and meaningless
The chair man dances
Victor Margolin
This little red book is a capitalist keepsake – a testament to the corporate culture of a chair company with exotic picture research.
Money. Magic. Light.
Will Novosedlik
Factors of scale ensured a glittering take-off for two corporate identities. But what do they actually communicate?
Building a graphic language
Richard Hollis
From the 1930s to the 1960s, The Architectural Review's eclectic methods made it a landmark in magazine design
Global City
Rob Schroder
Screens from a documentary about graphic design in four cities: New York, San Franscisco, London and Amsterdam
The Museum of the Ordinary
Michael Rock
The exhibits are the entire contents of a swathe of blocks on downtown New York. A proposal and manifesto
Serious doodling
Max Bruinsma
Working in the crash-prone pre-history of multimedia, Post Tool has a brand of graphic design that is closer to televsion
Fotonovels
Russell Holmes
Before the home video revolution, Fotonovels provided a graphic way to re-live the experience of Hollywood movies
Reputations: John Plunkett
Steven Heller
‘We wanted to avoid the unspoken design taboo: Good design = subtle, tasteful, elegant, restrained. My feeling about that is: maybe so . . . depends on the context. We felt it was more important that Wired be alive than subtle . . .’
Netscape: I’m incomprehensible!
James Souttar