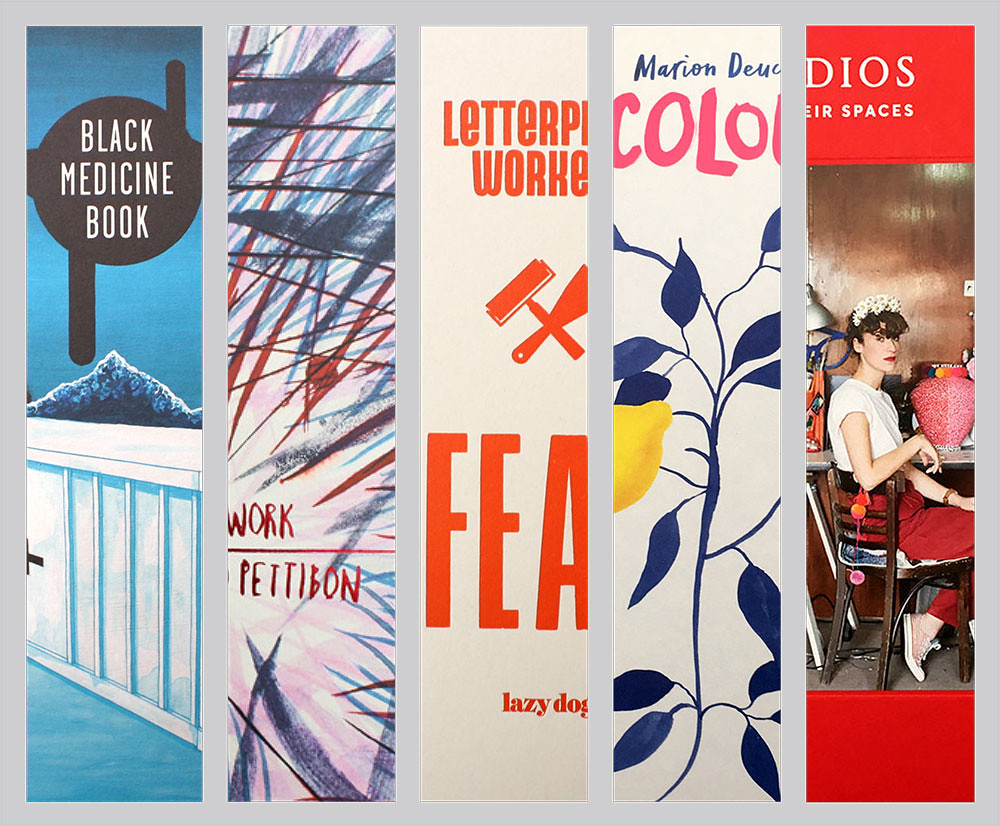 Here is a selection of books that caught our attention in recent weeks and months.

Black Medicine Book is a compilation of Helge Reumann’s drawings that depict often violent scenes featuring people of unknown origin in fantastical worlds. In some scenes, axe-weilding, bearded men face others armed with knives and automatic weapons. In others, faceless figures battle for an unknown cause, with each spread rendered in either saturated full colour, austere black line drawings or as photographs of installation pieces – pink resin mountains, matt black weapons, wooden planks with long protruding nails. In the book’s introductory essay, Christian Rosset describes Reumann’s work as, ‘Neoprimitive peoples, non-idle communities, at war (between a resuscitation of children’s games and blind violence), we don’t know … We don’t want to know; maybe only the author knows but … he doesn’t feel obliged to display his humanism.’ 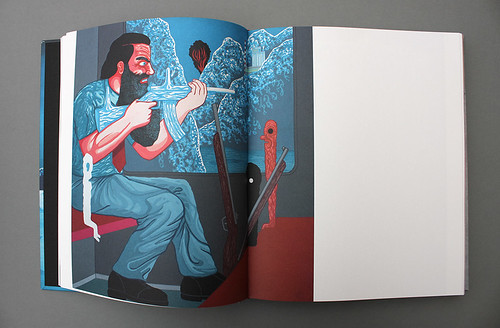 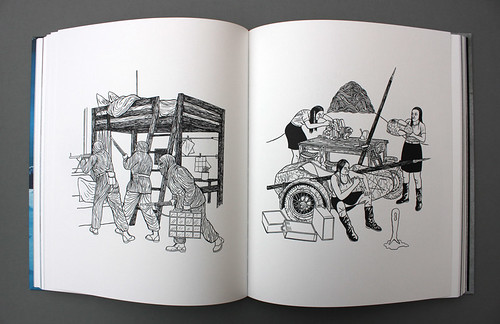 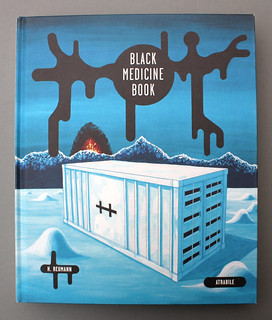 Letterpress Workers, founded by Milan-based studio Officina Tipografica Novepunti in 2012, is a short-term collaborative artist residency in Italy that brings together printers, typographers, graphic designers, calligraphers, stone carvers and educators from Europe and the Americas. The 2017 residency – which includes participants such as Armina Ghazaryan (Belgium), Marco Brunello (Italy) and Marina Chaccur (Brazil) – yielded a book, Fear, published by Lazy Dog. Fear features a wide selection of letterpress printed works – interspersed with quotes about darkness, errors, light, truth, existence and so on – that address the fear of a blank page. 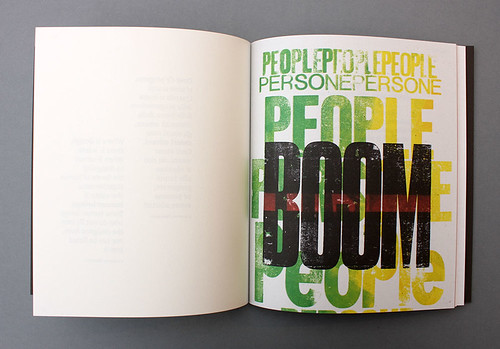 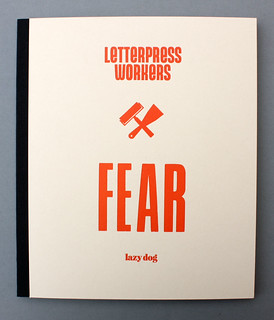 Jenny Lewis’s Hackney Studios: East London Creatives and Their Spaces is filled with portraits of talented East Londoners from an array of disciplines – such as screenprinter Matthew Snow, fashion historian Amber Butchart and artist Yinka Ilori. The photobook, with texts by Sophie Howarth, took four years to complete and grew organically as each artist recommended the next. In her foreword, Lewis writes: ‘The usual art world hierarchies didn’t apply here, the selections had a humanity and a personal history giving the series a soul.’ The project is also elegiac in nature. Lewis writes: ‘After many conversations, certain themes began to emerge about the gentrification of the area, the evictions and the lack of affordable studio space … punishing those loyal inhabitants who have seen it through rough times when no one else was interested.’ 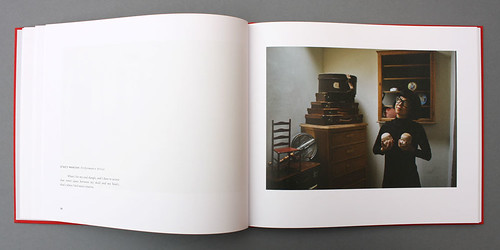 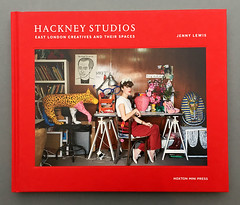 Raymond Pettibon: A Pen of All Work (Phaidon) is the weighty, 408-page catalogue for a touring exhibition that travelled from the New Museum in New York to Bonnefantenmuseum in Maastricht, where it continues until 30 October. Seen together, the generous selection of work – largely pen and ink, but also using gouache or acrylic paint – intermittently traces an angry, alternative cultural and political history of the United States from the late 1970s to the Obama era. There are appearances by Reagan, the Kennedys and Bush (father and son), as well as gun-toting hippies, soldiers, crucifixes and madonnas (also Madonna).

Pettibon has a taste for bleak vistas; skyscrapers, cathedral interiors, turbulent seas and raging fires. He may (or may not) bare his soul in a handful of self-portraits, one of which (Double self-portrait, 1990) includes the inked inscription: ‘He looked like a man with a good capacity for hatred.’ Big reproductions of the work are punctuated by essays and an articulate interview (‘Speaking in tongues’) in which Pettibon states: ‘My works don’t claim to have an absolute veracity, and that’s perhaps the biggest difference between political cartoons and my work. My work is not wrapped up in a punch line.’

Spread from Raymond Pettibon: A Pen of All Work showing No Title (Like so many), 2008, and No Title (Missing accomplices. They), 2012. 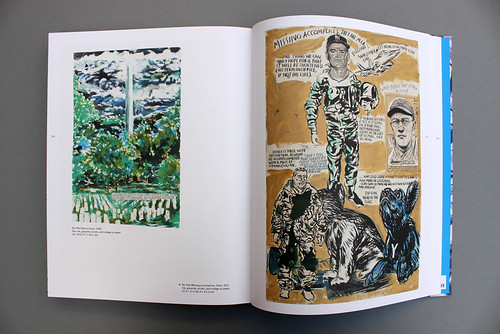 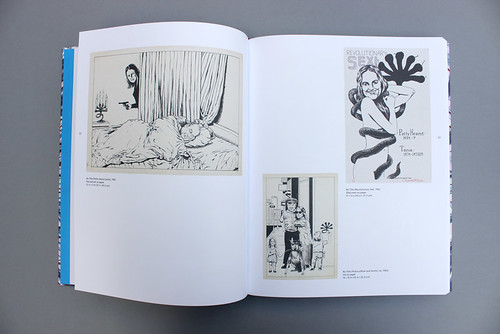 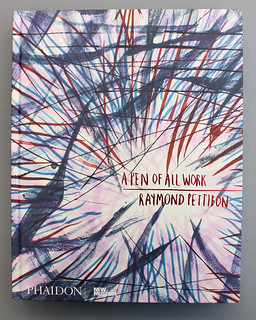 Marion Deuchars’ newest book Colour aptly begins with a quote by artist Paul Klee: ‘Colour is the place where our brain and the universe meet’. Colour is a subject that has fascinated people for centuries – here it is pondered and played with in a series of studies dotted with short texts rendered in Deuchars’ unmistakable lettering. In Colour, she replicates and extends theories put forward by Kandinsky, Klee and others, considers the semiotics of colour and examines famous paintings by reducing them to their colour palette. Deuchars shows that Münch’s palette for The Scream is surprisingly bright, while Ben Nicholson’s for St Ives is rather melancholy. It is a sweet book on the surface that gently coaxes readers to see colour in new ways. 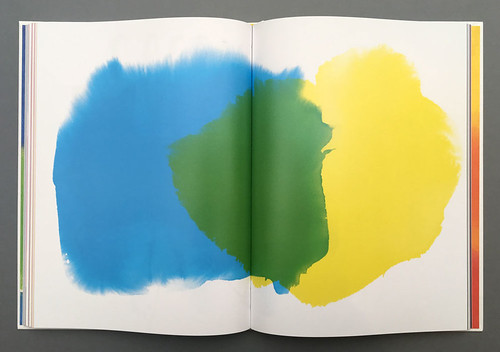 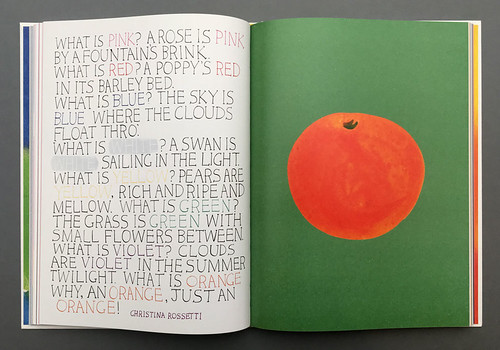 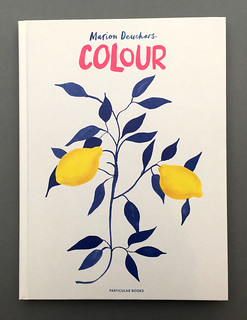