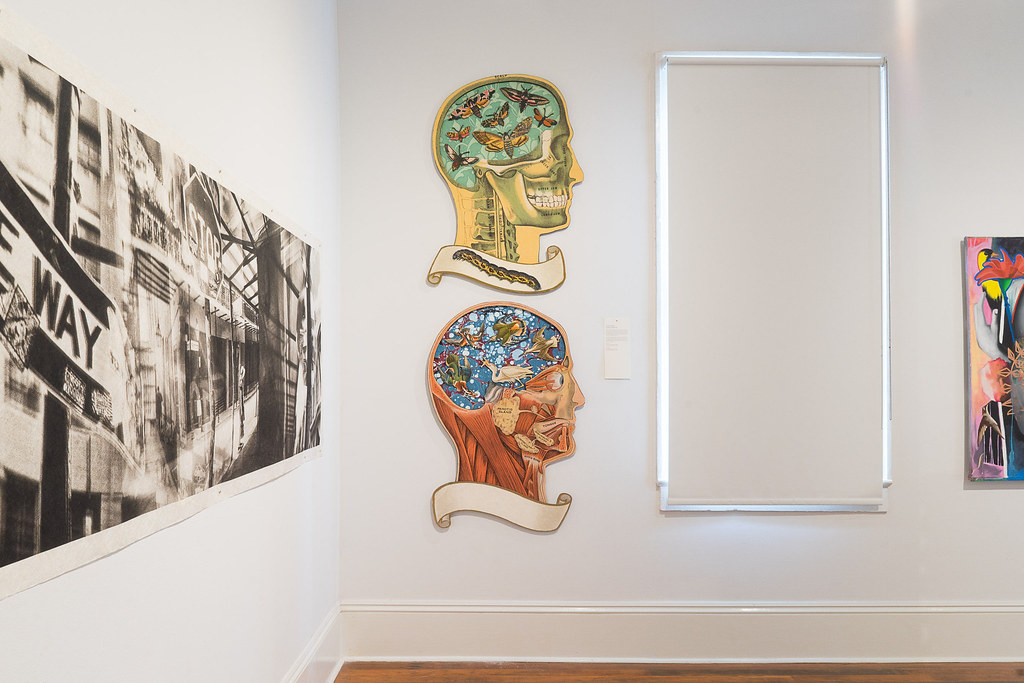 Collage, the cutting and pasting of published images and texts, straddles a spectrum – it is deceptively easy and childlike on one hand, and complex, nuanced and able to make sophisticated visual statements on the other, writes Steven McCarthy.

While collage as an artform has been practiced for more than a century – by practitioners such as Hannah Höch, Kurt Schwitters, John Heartfield and Jamie Reid among others – it has not enjoyed the respect often afforded other media. 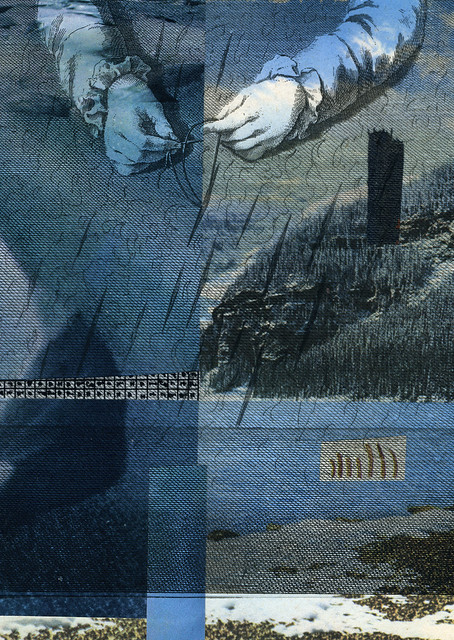 Kolaj Fest, the international festival of collage, aimed to change this perception by pasting a new image of collage over the existing substrate of convention. The festival, which took place from 12-15 July 2018, was organised by Ric Kasini Kadour, a tireless champion of the discipline and the publisher of Montréal-based Kolaj magazine. 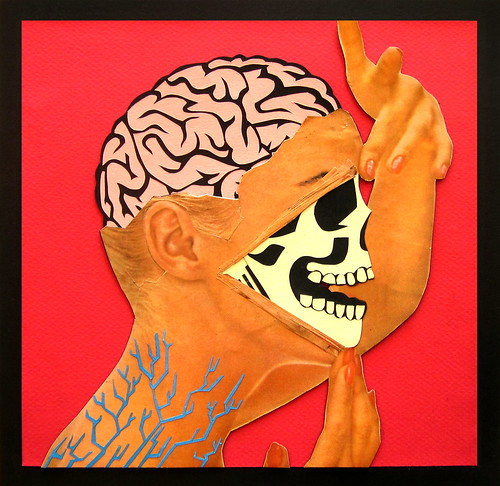 Situating the first ever Kolaj Fest in New Orleans was itself a form of urban and artistic collage, given the its diverse heritage. The city has absorbed French, African, English, Caribbean, Spanish, Native American and recently Vietnamese influences over the past 300 years, resulting in anamalgamation of cultures (including Creole and Cajun), languages, religious practices, musical genres and hybrid cuisines. Layer in the legacy of Hurricane Katrina from 2005, and New Orleans reveals itself as a palimpsest of cut and tear and paste – a collaged city.

Kolaj Fest brought artists, graphic designers, curators, publishers and teachers together in a decentralised format that was lively and casual. The formal aspects of Kolaj Fest, such as panels, presentations and an exhibition at Antenna Gallery titled ‘Revolutionary Paths: Critical Issues in Collage’, were offset by participatory collage workshops, collage swaps and a drinks-fuelled closing event at Kajun’s Pub called ‘Why Is That Dinosaur Holding a Vacuum & Other Stories from the World of Collage’. 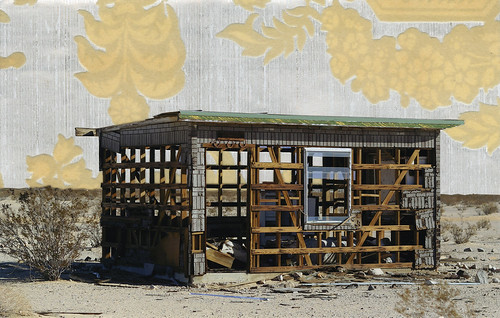 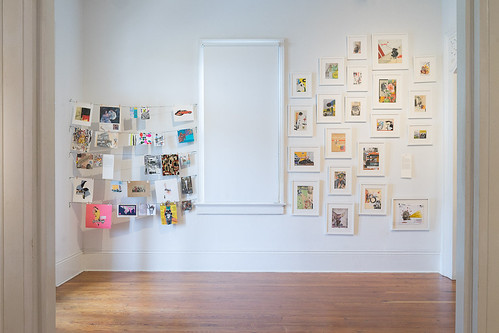 The festival was primarily concerned with collage as a medium and a process: cut and torn paper – typically sourced from popular magazines, advertising, packaging, novels or old textbooks – glued onto a flat substrate in the service of artistic expression. That said, digitally animated collages, sewn fabric collages, and collage elements applied to three-dimensional objects were also represented. Theoretical debates about the nature of representation, deep discussion of meaning or collage’s relationships to musical sampling, literary ‘patch writing’ or other forms of mixing were not omnipresent, perhaps because Kolaj Fest was not a traditional academic conference. (‘Collage, Montage, Assemblage: Collected and Composite Forms, 1700–Present’ held recently at the University of Edinburgh did, however, demonstrate current interest in collage as a serious art form and an aspect of cultural production.) 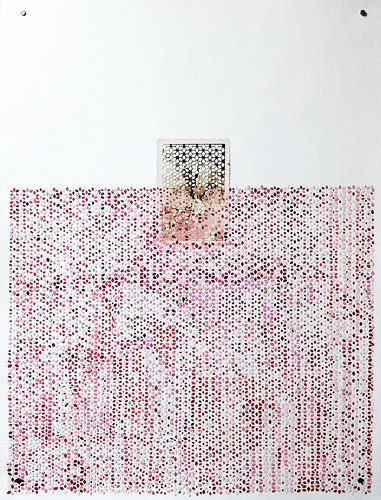 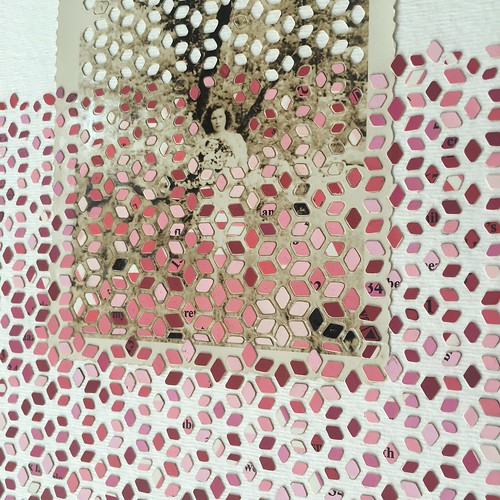 The panel I chaired, ‘Collage at College: Teaching, Creating and Researching an Indeterminate Medium’, had some memorable presentations. Clive Knights, the University of Cambridge-educated Director of the School of Architecture at Portland State University in Oregon, showed projects in which he required students to paste pictures of people into space and then design the room or building around those figures, also using collage elements. Jill Stoll, who trained at the Cranbrook Academy of Art, displayed her meticulously crafted dot collages that use vintage photography. Stoll asks her students to create fragmented filters that alter their analogue photographs, merging collage and montage.

On a panel called ‘Beyond the Exhibition’, artist and graphic designer Charles Wilkin spoke about his reissued Index-A collage project (originally published in 2003 by Gestalten), and how his collaged billboards for retail chain Target, which appeared in New York’s Times Square, led to numerous commissioned collage illustrations. Andrea Burgay discussed the founding of Cut and Paste, ‘a participatory magazine that mimics musical call-and-response in visual form’. Each subsequent issue will feature readers’ remixes of the previous issue. 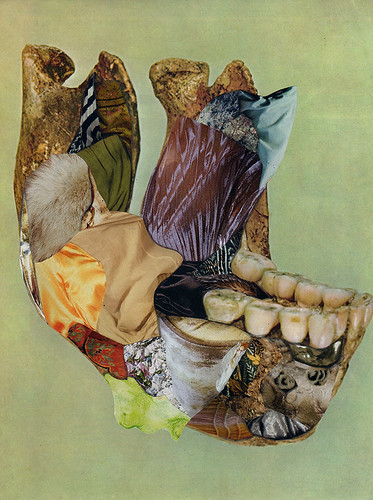 Ultimately, Kolaj Fest was about community building and resource sharing in a social environment that was itself collage-like, as venues were cafes, bars, the hotel lobby, galleries and a community arts center. Until it meets again, the collage community lives on in Kasini Kadour’s Kolaj magazine, which features reviews, resources, interviews, artist profiles and portfolios of collages. It is published quarterly in full colour and supported by an actively maintained website where one can buy Kolaj for $12 (about £9). 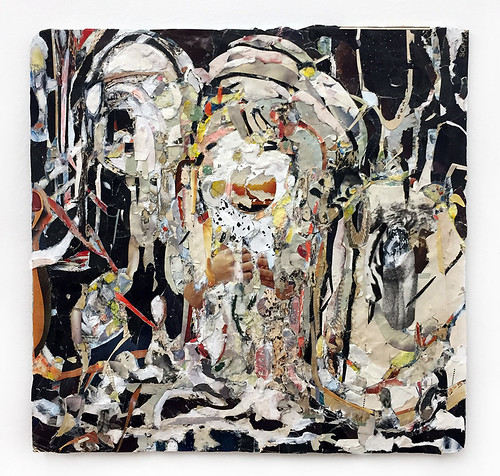