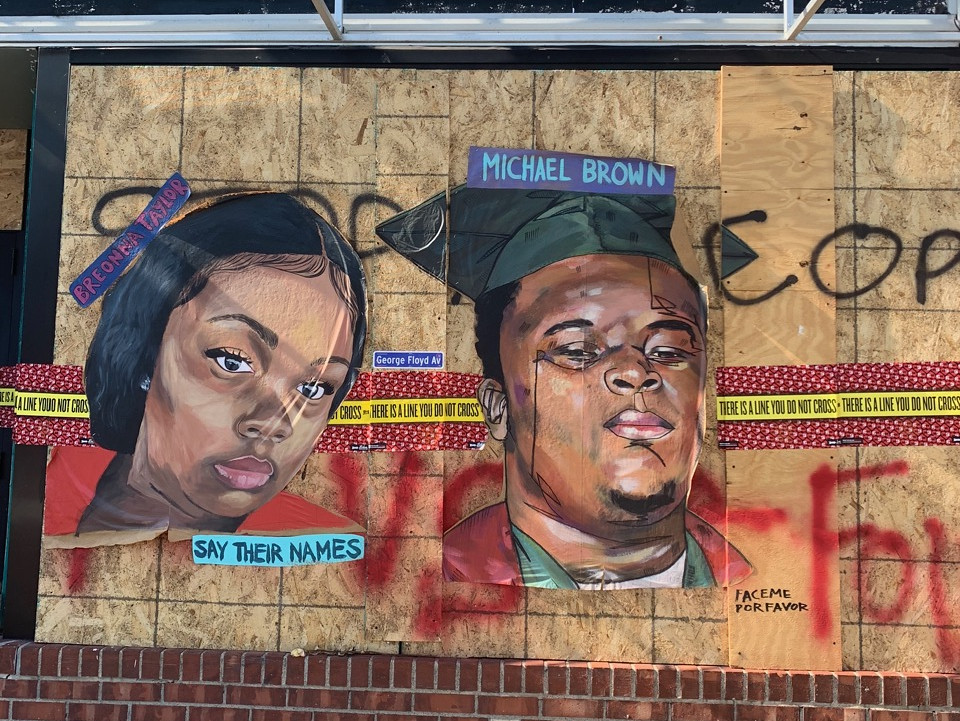 In the wake of George Floyd’s unwarranted death at the knee of a Minneapolis police officer, the graphic landscape of Minnesota’s Twin Cities has exploded with expressions of rage, mourning, solidarity and hope, writes Steven McCarthy.

Posters, murals, signs, T-shirts, stickers and other public formats communicate the varied way that designers and artists have reacted to this tragedy, yet another in America’s legacy of unarmed black men, in particular, being killed by white police. The epicentre of this expression is a makeshift memorial at the intersection of 38th and Chicago streets in south Minneapolis, where Floyd was arrested for allegedly trying to pass a counterfeit twenty-dollar bill at Cup Foods.

Right. Mural of George Floyd by Cadex Herrera, Greta McLain, and Xena Goldman. Location: Cup Foods, at the intersection of 38th and Chicago streets in south Minneapolis.
Top. Mural of Breonna Taylor and Michael Brown, who died at the hands of US police officers in 2020 and 2014 respectively. Photographs by Steven McCarthy. 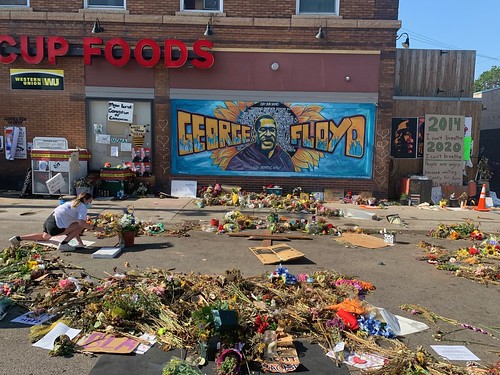 The centrepiece, fronted by thousands of flowers, is a painted mural featuring Floyd’s portrait by artists Cadex Herrera, Greta McLain and Xena Goldman. Behind Floyd’s head is a sunflower with the names of other victims of police brutality, a list so long that words bleed into a dense field. Floyd’s name – ‘say his name’ has been a rallying cry by protesters – radiates from the sunflower in blocky, architectonic letterforms. The mural’s dominant colours of orange and blue, opposite each other on the spectrum, suggest a heightened polarity regarding issues of race and violence in the United States. 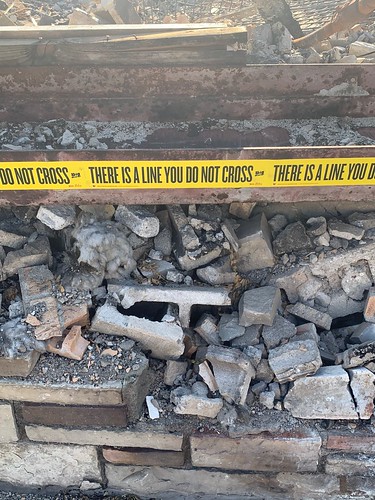 Local design firm Labor, founded by Andy Weaverling, also contributed posters and other graphics to the site, including an authentic-looking street sign proclaiming ‘George Floyd Av’ and a yellow-and-black length of faux police tape that states: ‘There is a line you do not cross.’ Labor’s website makes the following statement about their interventions: ‘It is an attempt to lift up the people, residents and friends in our community, while driving dialogue around issues of race, and ultimately supporting the next generation of Minneapolis artists.’ 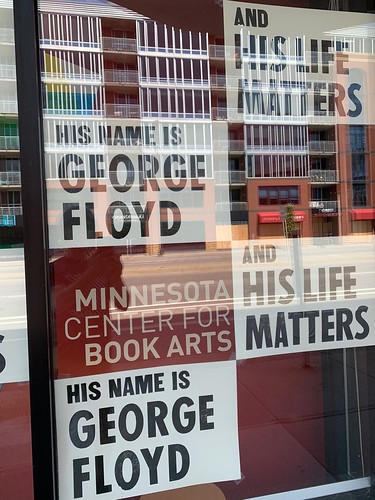 Several miles away from the memorial, the Minnesota Center for Book Arts printed broadsides with wood type stating, ‘His name is George Floyd / And his life matters’, and placed them in windows facing the busy Washington Avenue. MCBA executive director Elysa Voshell described the rationale for the signs: ‘to get a message of solidarity and justice out in the world and use the power of print for good!’ 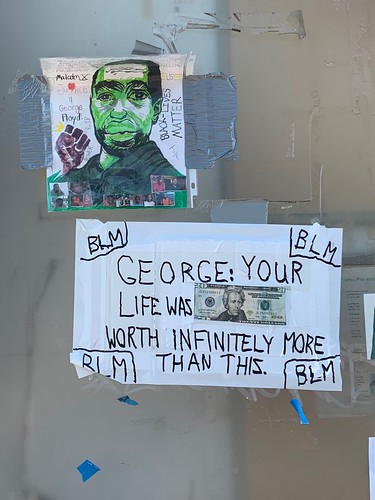 Unlike the precise aesthetic of the mural, Labor’s designs and the MBCA response, many sentiments were rendered in the raw vernacular of the street. Painted by hand, scrawled by marker and chalk, desktop-published and photocopied – the variety was rich and emotive. One handmade sign was particularly poignant, with an actual twenty-dollar bill taped to a standard sheet of office paper and in all-caps writing, ‘George: your life was worth infinitely more than this.’ 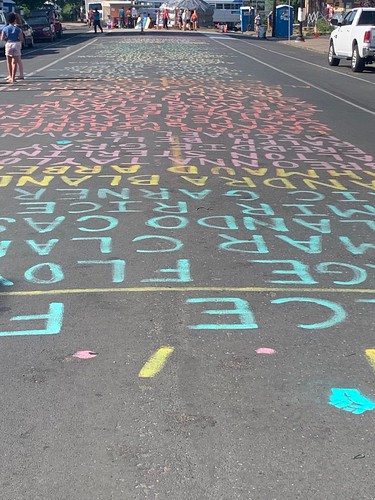 In a cruel irony, a replacement twenty-dollar bill has already been designed by the US Treasury. Instead of former president Andrew Jackson – a white slave owner – the proposed bill will feature Harriet Tubman, a black abolitionist and political activist. President Trump has refused to release it. 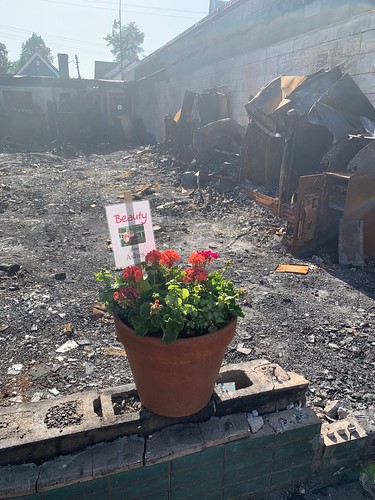