Give us back our design!

East Germany’s biggest design archive is about to be put under wraps, inaccessible to scholars and the general public, writes Jessica Jenkins 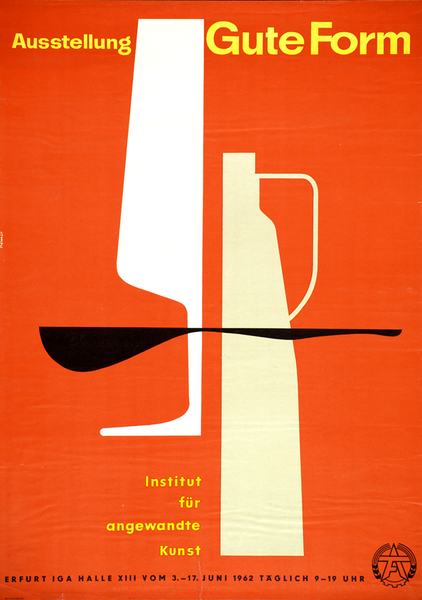 In the period of political upheaval immediately after the fall of the Berlin Wall, an unknown amount of GDR design material was hastily sold off to dealers, writes Jessica Jenkins – something of a mixed blessing, since, while it was consequently conserved and evaluated, the material was lost to public view.

In the case of ‘form design’, the largest collection, dating back to 1950, was protected, since it had been established as an archival resource in East Berlin. This archive, now known as the Sammlung Industrielle Gestaltung (industrial design collection), contains more than 160,000 objects, with thousands more documents, posters and slides. 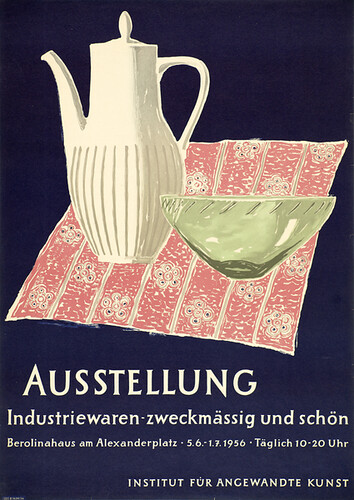 However, as a design resource the archive is now under threat, as its Bonn-based patron, the Haus der Geschichte (‘house of history’) der Bundesrepublik Deutschland, has decided to put the collection permanently under wraps. Thus, it will no longer be available to scholars for research, nor as a resource for exhibitions for the general public. Instead, some items will be selected to illustrate a new permanent exhibition in the KulturBrauerei (‘culture brewery’) in Berlin’s Prenzlauerberg district. With a title such as ‘Everyday Life in the Socialist Unity Party Dictatorship’, this sounds like an official response to the popular, privately run DDR Museum on the Spree, opposite the cathedral.

Designers from the former GDR are, not surprisingly, furious about the use of their design work for an exhibition intended as political education. At a packed press conference, earlier this year, the boss from Bonn was put on the defensive. A hall of designers and critics demanded that the works in the collection be appreciated as works of design in their own right. One of the most prominent, design collector and writer, Gunther Höhne called out: ‘Give us back our things!’

A campaign to save the design collection led by the Gesellschaft für Designgeschichte (the German society for design history), is attracting support from designers and scholars internationally.

Like their graphic design fellows mentioned in my previous blog (‘Not pasted over’), some East German product designers are promoting alternative views of their country’s design history. While small associations such as the Society for Design History, form:ddr and Stiftung Plakat Ost cannot compete with the budgets of the big institutions, they can offer rare and valuable object-focused design histories.

Record Sleeve, George Gershwin, Rhapsody in Blue and An American in Paris, Amiga Records. Thumbnail and foot of the article: brochure, ‘Your training in home-building’, Frankfurt Oder, 1967. Reproduced by permission of the Documentary Centre Everyday Life in the GDR, Eisenhüttenstadt. 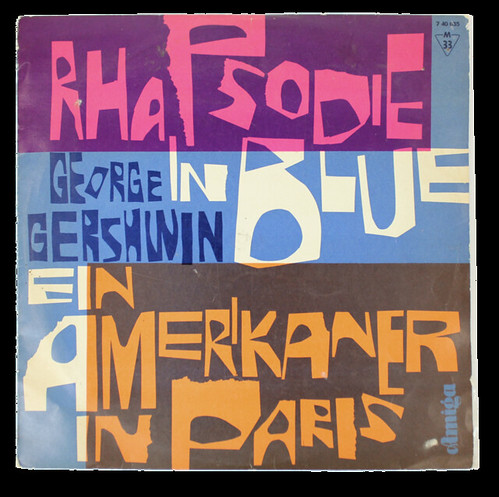 One example is ‘Schönheit des Kollektiven: Produktgestaltung in der DDR’ (‘Beauty of the Collective: Product Design in the GDR’), currently showing at the Kommunale Galerie in the former West Berlin, which highlights the quality of the work produced by designers working in a push-me-pull-you between Bauhaus and Socialist Realism, production demands and material constraints.

The accompanying events programme offers not only a film series and tours but a trip to the ‘first socialist city’ of Eisenhüttenstadt (about two hours to the east of Berlin), mentioned here because it is home to the little known but well presented Dokumentationszentrum Alltagskultur der DDR (documentation centre and museum for everyday culture of the GDR), another valuable archive now threatened with closure.

Exhibition Poster, ‘Modern Living’, Hoyerswerda 1965. Designed by Karl Thewalt. Sourced from the Central Institute of Form Design as it was renamed in 1963, (the ‘Collection of Industrial Design’ is the remaining archive of the institute). Image courtesy of Haus der Gechichte. 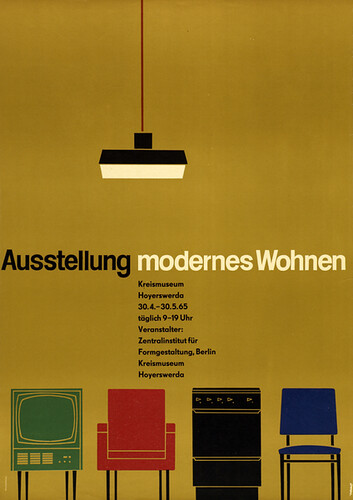 • ‘Alle aus Plaste’ (‘Everything made with plastic’) is the current special exhibition at the Dokumentationszentrum Alltagskultur der DDR, in Eisenhüttenstadt,  until 5 May 2013.

• To support the Gesellschaft für Designgeschichte campaign against the closure of the Sammlung Industrielle Gestaltung, go to http://www.gfdg.org/netzwerk/sammlungen/ (some of the text is in English). Or email [email protected] 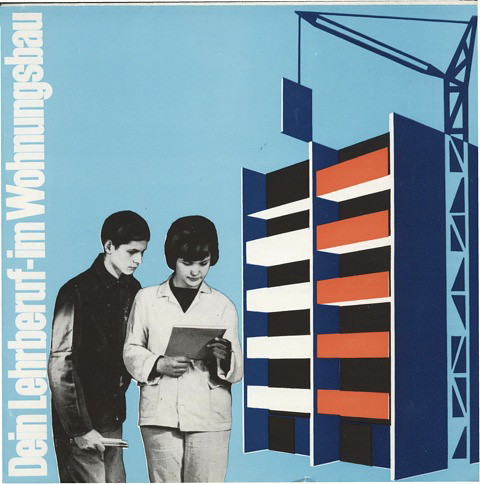 See also, ‘Not pasted over’ on Eye blog and ‘The frozen past’ by Jessica Jenkins, published in Eye 54, Winter 2004.