Digital craft. A new wave reasserts the primacy of skills and knowhow 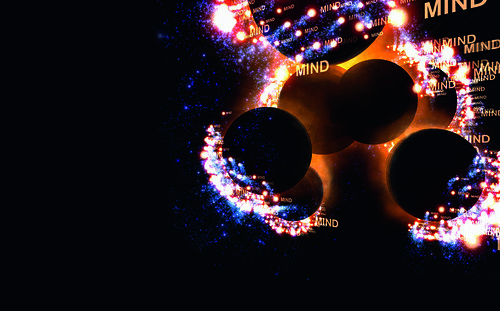 In ‘Magic box’ (Eye 70), David Crow argues: ‘In a world where ideas are the prime currency and craft skills can be hired, craft and “concept” are seen as mutually exclusive … A valuable area of creative process risks being overlooked.’

He concluded: ‘Exploring craft through coding, these new digital artisans and designers share the love of material with their counterparts in ceramics or glass or textiles. Their wonderment at the possibilities is infectious and inspirational. Education must look to these individuals to help redefine our relationship with the computer …’ You can read the full text of Crow’s six-page essay ‘Magic box’ on the Eye website. 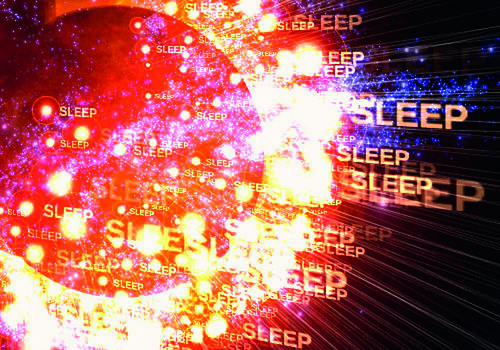 Above, below and top: Robert Hodgin’s Solar, with lyrics (2008) uses Processing to generate an animated visualisation of the Goldfrapp song ‘Lovely Head’. The lyrics were overlaid on the animated visuals as a synchronised moving text. (See also ‘What’s that sound? Who’s that girl?’ on the Eye blog. 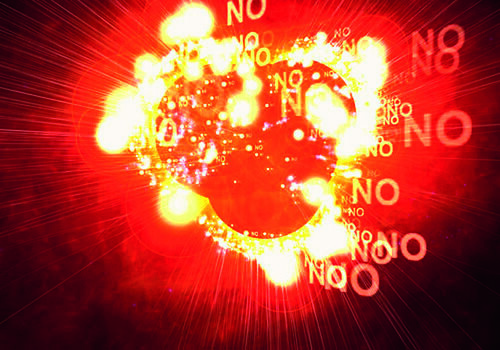 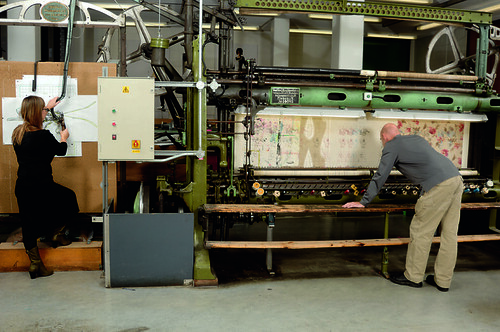 Above: Alison Welsh and Steve Dixon work together on Manchester School of Art’s Schiffli machine in the UK. With a hand-held device that tells the needle where to enter the fabric, an artist’s line can be reproduced in miniature many times over. The exhibition ‘Mechanical Drawing: The Schiffli Project’ (November 2007 – September 2008, various venues) challenged the claim that mechanical processes must lack individualism. 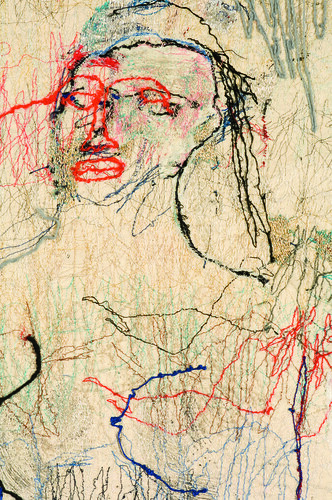 Above: Nepenthe, textile hanging, 2 x 2.5m, by Alice Kettle, 2008, made using a variety of mechanical and computerised embroidery equipment. Kettle employs her ‘ignore the default’ motto by deliberately interfering with the standard machine settings to create unusual results. 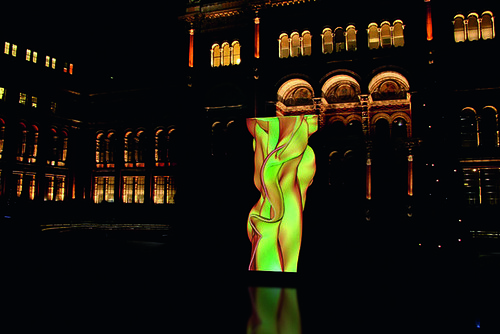 Above and below: Forever, a generative audio-visual installation displayed on a large videowall in the V&A Museum’s John Madejski Garden, 2008. Created by Matt Pyke and Karsten Schmidt for Universal Everything using sound by Simon Pyke. A custom-developed audiovisual generative system creates and composes music and visuals in parallel. The images – all based on the physical simulation of a piece of string – are combined with about 100 sound samples to weave a sound blanket of patterns that never repeat. 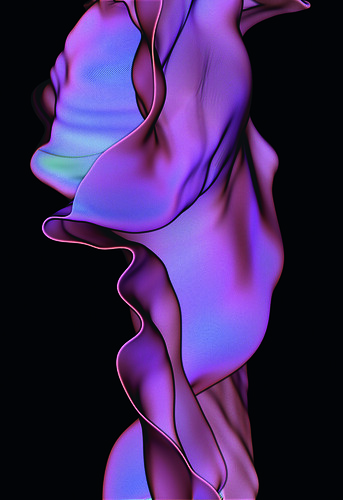 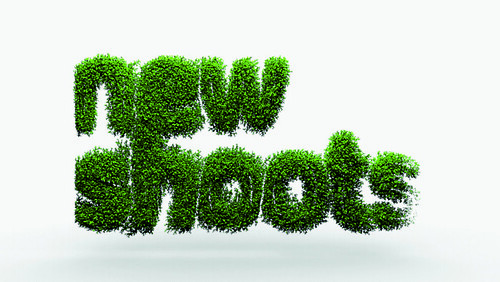 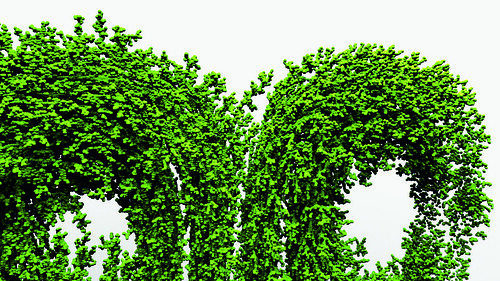 Above: Stills from ‘New Shoots’ (2007), an animated sequence for the Channel 4 television series, uses literally growing typography, made up of millions of particles. Concept, algorithms, software development and 3D rendering by Karsten Schmidt of PostSpectacular. 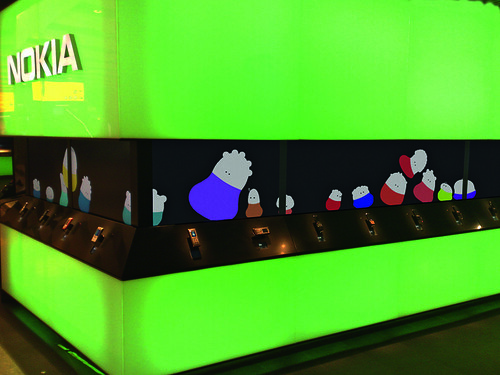 Above: ‘Nokia Friends’ (2008), video installation for the mobile phone company at Heathrow Terminal 5. Matt Pyke and Karsten Schmidt used a ‘generative and physics-based behavioural design system’ to create an endless succession of ‘cute, unique characters with attitude’, which glide by. 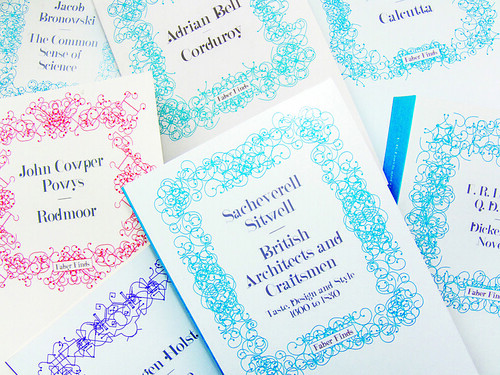 Above: Book jackets for Faber Finds (2008), the UK publisher’s print-on-demand archive service. The ‘design machine’ created by Karsten Schmidt of PostSpectacular is flexible enough to generate an endless number of unique designs, one for every single book in the series. Design templates by Marian Bantjes. Custom font by Michael C. Place / Build. Art direction by Faber & Faber. 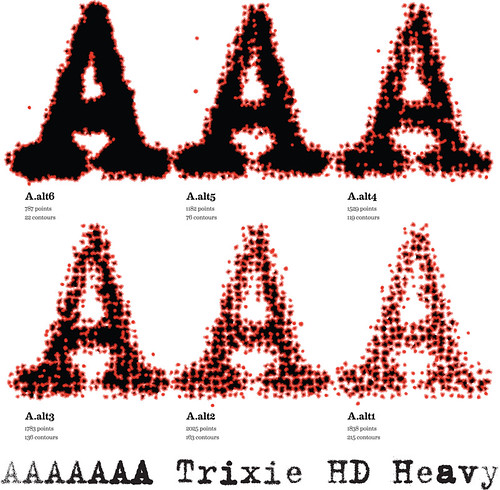 Above: Celebrating the handmade and the physical, LettError (Erik van Blokland and Just van Rossum) use software to generate fonts with a random element. Trixie HD (2008), a new version of their classic typewriter face Trixie (see Eye no. 20 vol. 5), mimics the irregularities of an old typewriter: code generates tiny dots that manifest as halftones and smudges in huge quantities that could not be made manually. 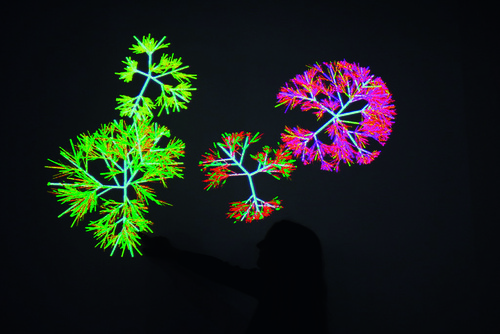 Above: Generative Trees, gallery-based video installation by Matt Pyke and Karsten Schmidt for Universal Everything, for the 2007 Seconde Nature festival at the Fondation Vasarely, Aix-en-Provence, France. Each tree is ‘grown’ from a sound input by the audience in the gallery. The trees are coded so that their size is based on the level of noise made; they then disperse into ‘spores’ that ‘seed’ again.

Captions and images from ‘Magic box: craft and the computer’ by David Crow, first published in Eye 70 (below), Winter 2008 – still available as a back issue at the Eye shop. See also ‘Tangible digital’ in the latest issue, Eye 80, which features new projects by Evan Roth, Kyle McDonald, BlablabLAB, Schmidt and Hodgin 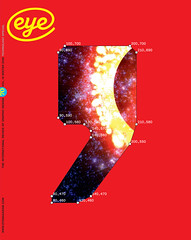 Eye is the world’s most beautiful and collectable graphic design journal, published quarterly for professional designers, students and anyone interested in critical, informed writing about graphic design and visual culture. It’s available from all good design bookshops and online at the Eye shop. For a taste of the current issue, see Eye before you buy on Issuu. Eye 80, Summer 2011, is on its way to subscribers worldwide.