Grow your own. More digital food for thought … made with Processing 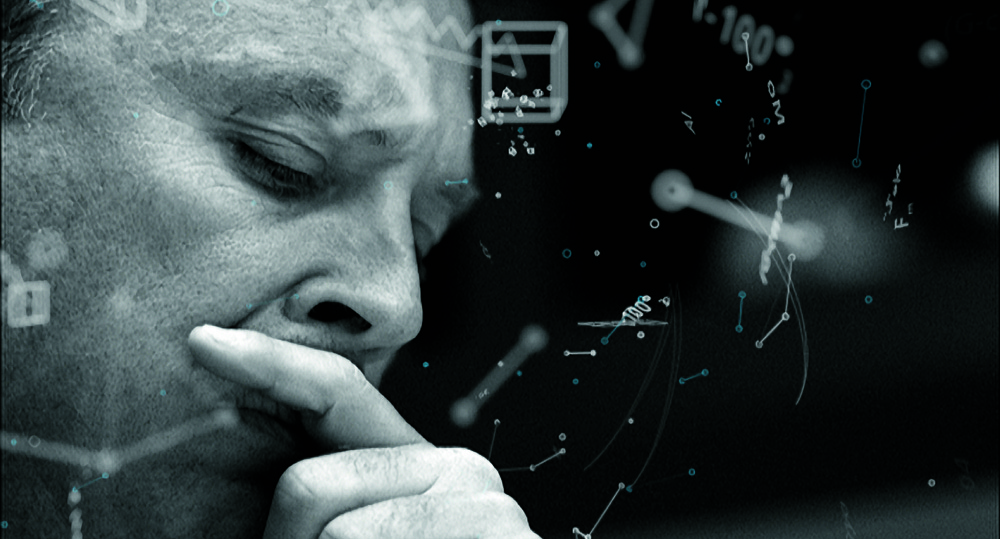 Here are some more examples of digital work from ‘Grow your own’, the article about Processing featured in Eye 65. See ‘Historical digital #2’, yesterday’s Eye blog post. 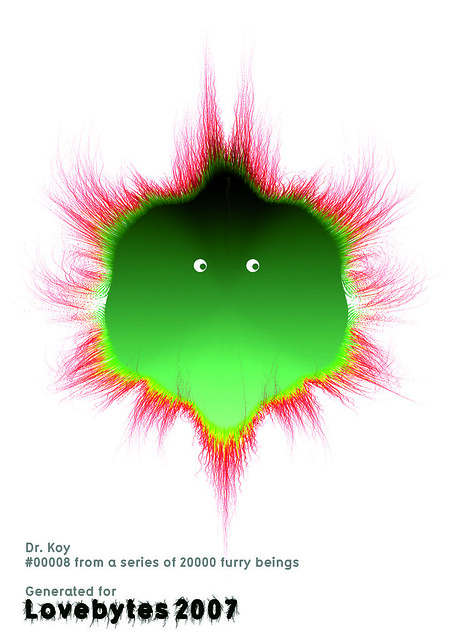 Above: Lovebytes identity by Universal Everything.

Four of the furry multitude created for the Lovebytes Digital Arts Festival, Sheffield, 2007. UE’s Matt Pyke applied generative principles to create a ‘touchable’ identity, defining simple parameters within which the design could mutate: colour, hair type, weight, ‘sex’ etc. Programmer Karsten Schmidt (see Reputations in Eye 74) built a Processing application that generated more than 20,000 characters (Photoshop files), which were digitally printed to make 20,000 different postcards. Pyke knows nothing about code: ‘That way, I retain a naivety that allows me to suggest concepts I would have avoided had I known how much of a headache they would cause!’. (See also ‘Seeds of digital romanticism’ in Eye 80. 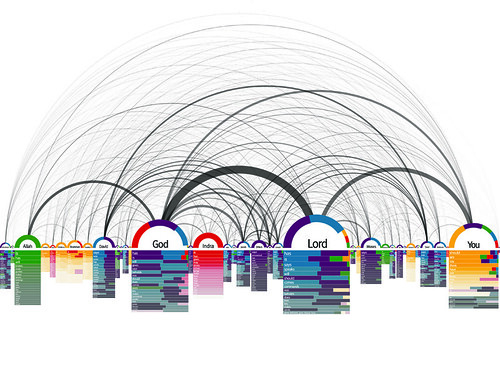 Above: Similar Diversity by Steinweber, Koller.

Philipp Steinweber and Andreas Koller's huge graphic shows a textual analysis of the holy books of five religions: Christianity, Islam, Hinduism, Buddhism and Judaism. The data was visualised using Processing. The 41 most frequently encountered figures, including ‘Allah’, ‘Indra’ and ‘You’, are displayed in a size proportional to their word-count. Shown in the exhibition ‘Is it possible to touch someone's heart with design?’, Salzburg, June 2007. 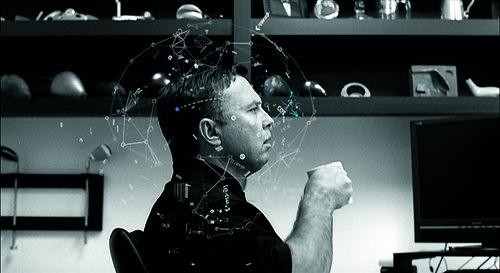 Top, above and below: Nike ‘Sling’ & ‘One’ by Motion Theory.

These monochrome commercials, made by US agency Motion Theory, use Processing to create a ‘data cloud’ that visualises the Nike design process. Programming team: Gabriel Dunne, Josh Nimoy, Michael Chang, Matt Motal. Director: Frank Todaro. Shown here are stills from ‘Sling’ in which a delicate puffball of graphic cleverness dances around the head of engineer Tom Stites while he rethinks a new slingshot iron. Also shown, in ‘One’ engineer Rock Ishii, similarly ‘Processed’, discusses the merits of a prototype ball with Tiger Woods. 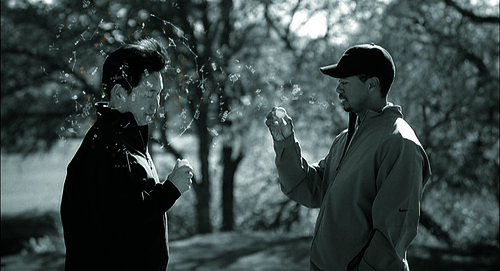 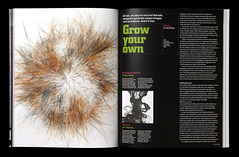 Eye is the world’s most beautiful and collectable graphic design journal, published quarterly for professional designers, students and anyone interested in critical, informed writing about graphic design and visual culture. It’s available from all good design bookshops and online at the Eye shop. For a taste of the new issue, which features ‘Tangible digital’, see Eye before you buy on Issuu. Eye 80, Summer 2011, is out now.