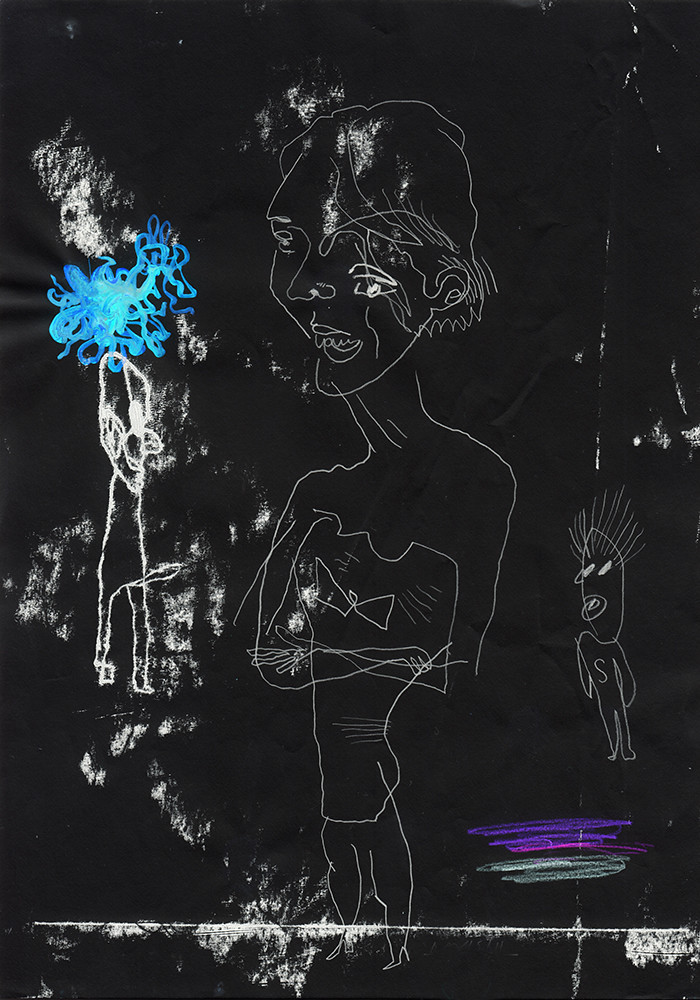 The long-standing love affair between illustrator Paul Davis and the art directors and designers of Britain reaches a heartwarming apogee at the Ginza Graphic Gallery (GGG) in Tokyo.

The GGG’s new show ‘Line in the sand: Paul Davis’, is dominated by Davis’s personal work, with just a few commissioned items, such as the series Davis made for Hairart, a hairdressing academy in Osaka. 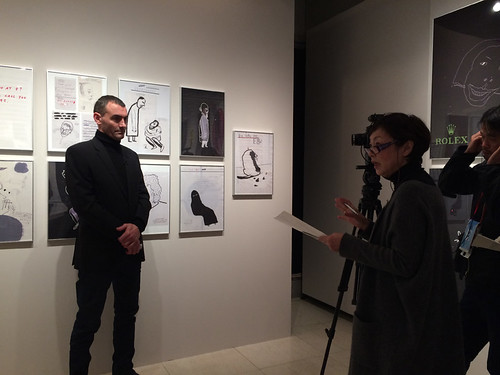 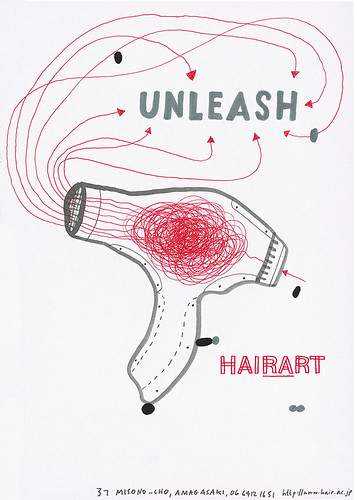 One of a series of ‘anti-commercial’ fake advertisements. 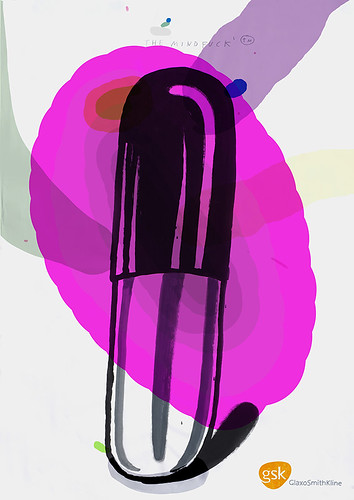 There are drawings for an as yet unpublished book collaboration with photographer Jocelyn Bain Hogg, and an unhinged narrative entitled ‘A Mad Story’. However the world of client-driven illustration and commercial ‘creative’ blather is never far away, as you can see in Davis’s fake ads, which incorporate the logos of big brand names such as Tiffany and De Beers. You can sense Davis’s empathy for this world in the series of drawings entitled ‘Why you should attend the seminar,’ whose ‘remix’ of contents were taken from an ‘arrogant, badly written, terribly designed brochure’ that dropped through Davis’s letterbox one morning.

A series of drawings ‘Why you should attend the seminar’. 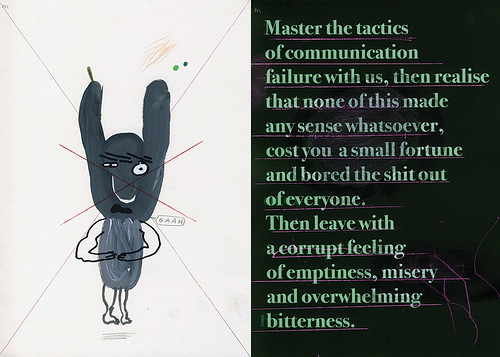 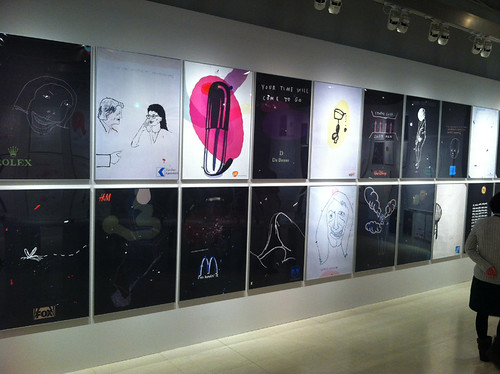 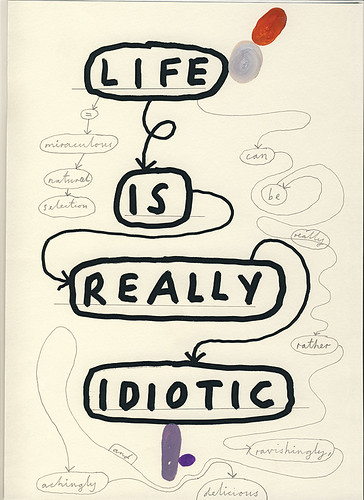 The line in the sand of the show’s title is of course the line between art and illustration, but in Davis’s world this is more like a circus performer’s slackwire on which Davis variously hops, pirouettes, trips and dangles.

The enormous affection in which Davis is held by UK designers is demonstrated by a series of twenty posters by practices such as Why Not, NB, A2, Morag Myerscough, Browns and Atelier Works. Despite the posters’ disparate and virtuoso range of typographic styles, they are united by similar source materials – a series of handsome, if lonely portraits of Davis striking a pose in a variety of guises, complete with wigs and masks. 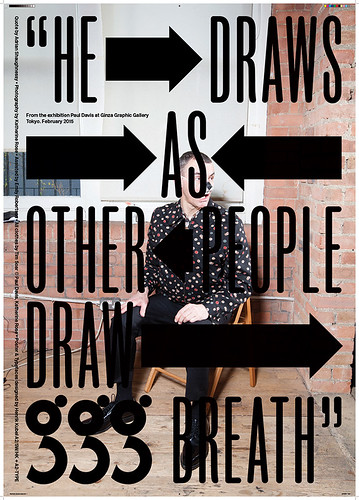 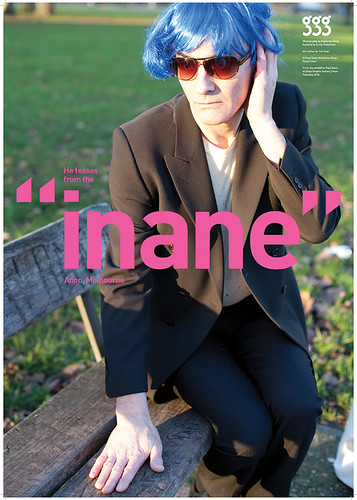 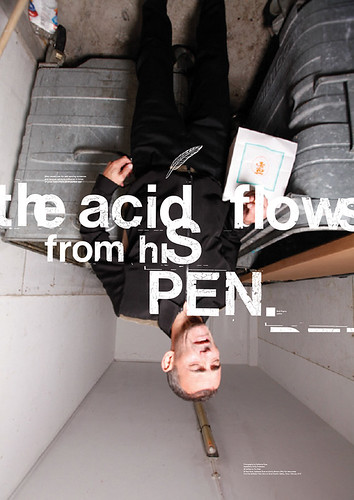 ‘Line in the sand’ continues at Ginza Graphic Gallery (GGG) in Tokyo until 28 February 2015. An enjoyable 80-page catalogue for the exhibition, with a long interview / conversation with Tim Rich and an essay by John O’Reilly, was designed for the occasion by former Eye art director Stephen Coates. 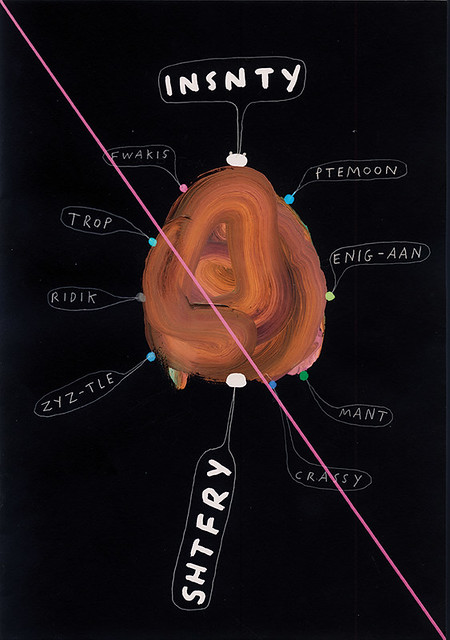 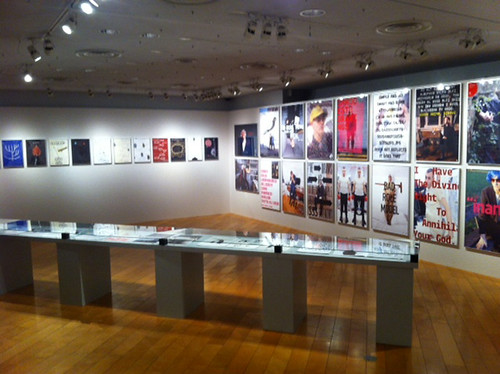 Paul Davis. From an ongoing series of Post-it note drawings that began in 1977. 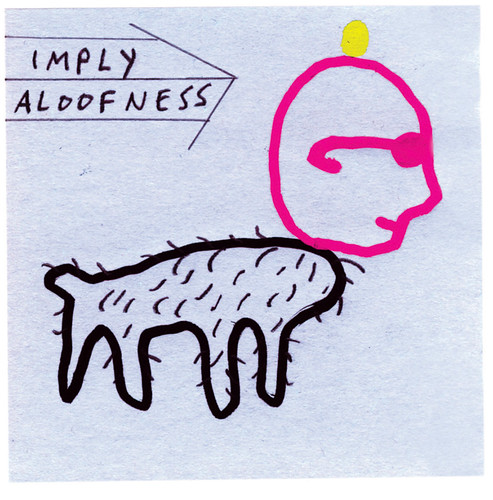